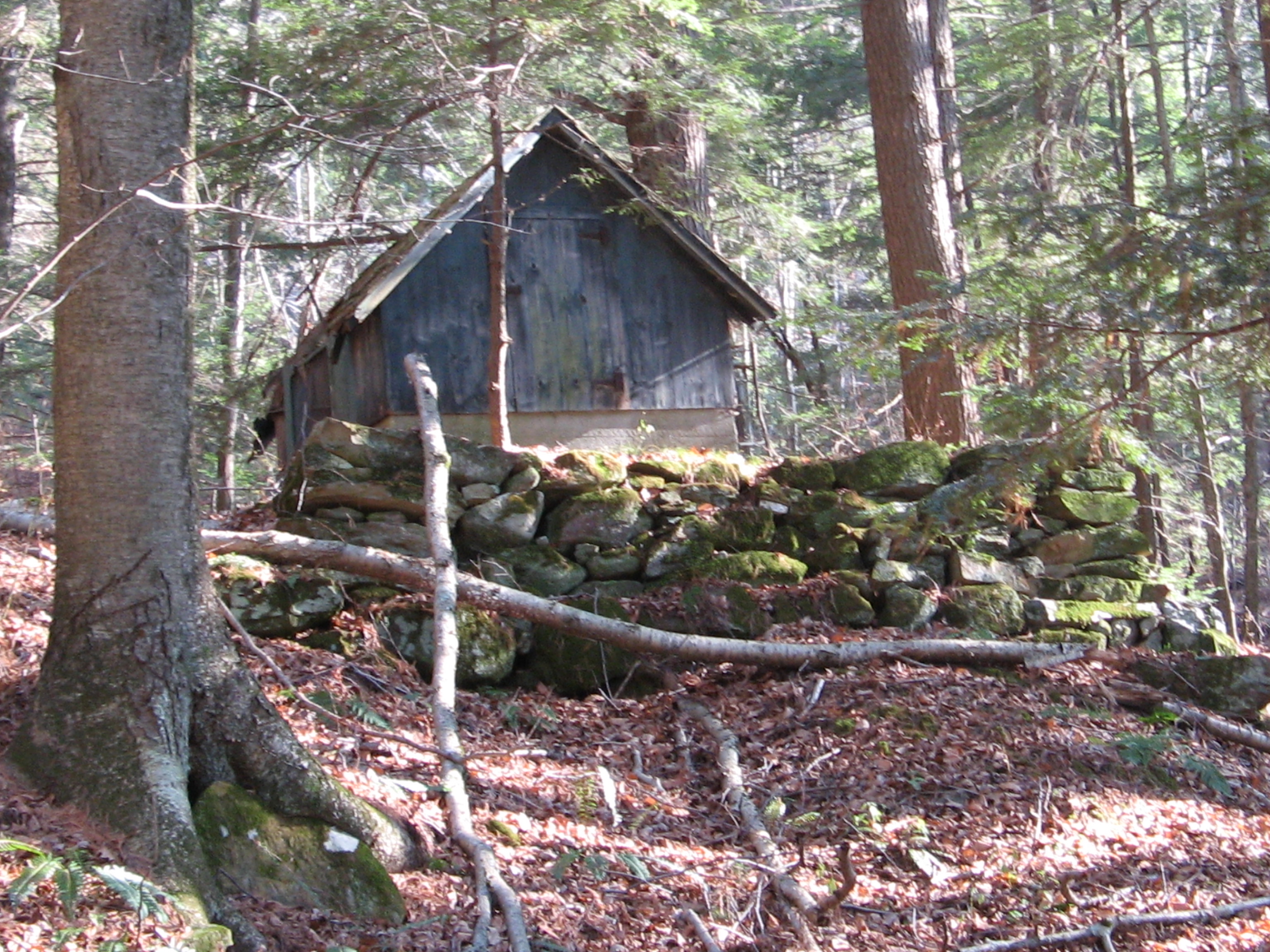 Stockbridge — “…it was to his public spirit and energy that the village is indebted for the introduction of an abundant supply of pure water from the springs on the side of one of the neighboring hills, which conduced not only to the comfort, but the health of the town. Till then people had been dependent upon wells, and there had been almost every year a number of cases of a fever, which was sometimes called in neighboring towns the Stockbridge fever. But scarcely had this abundant supply of pure water been introduced when it entirely disappeared.” So wrote the authors of the Beers & Co. 1885 “History of Berkshire County” about Jonathan Edwards Field, founder of the Stockbridge Water Company in 1862.

Jonathan Edwards Field, 1832-1868, the son of Rev. D.D. Field, had a law practice with Henry J. Dunham, who also joined Field as clerk of the water company corporation. Field attended Williams College, graduating second in his class in 1832. He practiced law for 30 years, mostly in Stockbridge. In 1854 he was elected to the Massachusetts State Senate as a Democrat. In 1863 he successfully ran as a Republican and was chosen as Senate president.

Found on page one of the ledger of the Stockbridge Water Company (1862-1901): “The undersigned hereby agree to associate for the purpose of conveying fresh water within the Town of Stockbridge and we hereby agree to become proprietors of an aqueduct for that purpose – And in furtherance of our object will call a meeting to be held in the office of Field & Dunham in Stockbridge the fourteenth day of June 1862 to organize as a corporation under the 65th Chapter of the General statutes. Signed on June 4, 1862 by JE Field, CM Owen, HJ Dunham, F Hoffman. A True Copy attest HJ Dunham, clerk.” Marshall Warner, “one of the Justices of the Peace in & for said County” witnessed the notice, giving the meeting agenda, to be posted at the Post Office on Plain Street.”

Support for the private water company’s effort was given at a selectmen’s meeting of 19 July 1862, when William Darbe and H.D. Palmer, selectmen, voted: “The Stockbridge Water Company may dig up and open any street or way in the Town of Stockbridge for the purpose of placing such pipes as are necessary in constructing its aqueduct or for repairing or existing the same – Provided the same be done in such a manner as not to prevent the convenient passing of teams & carriages.”

On July 2, 1862, the “Company” entered into contract with a John Feeley of Pittsfield, who “will prepare a reservoir that shall hold at least four hundred hogsheads (63-140 gallons per hogshead, in a large cast or barrel) at the point designated by a stake upon the land of Patrick Burns (15 Ice Glen Road) make same in all respects perfect and complete as that the same shall be free from all old roots… that he will bring the water from said reservoir to the stake designated near the end of the marble crossing in front of the Stockbridge House (Red Lion Inn) in good substantial cast iron pipe…. The said Feeley shall put in where wished by the Town of Stockbridge connections for fire plugs – but the same to be put in at the expense of the Town of Stockbridge.” The contract outlines a good amount of detail, including pounds of pressure in the cast iron pipe, limiting the curve of the trench for the pipe and at the cocks against every house or lot.

In April 1863, the first water bills went out for a five-month rental and ranged from a low of $2.50 for Louis Pepoon to a high of $10 for H. Heaton Jr. The 33 names of those people who were billed suggest they were all living on or had businesses on or near Plain Street. Billing thereafter took place twice a year, April and October, and the formula was described as: “The forgoing is 5 mos. Rent – Being at the rate of $6 per year for family use where the place is not worth over $1,000- & $8 per year for family use when the place is valued at $1,000 or more.” Rates were set at 75 cents per year for a cow, $1 per year for a horse, $3 per year for a bathtub, $4 per year for an office or store, and $24 for the hotel. Pepoon lived across from the Indian Burying Ground, the greatest distance from the water source, when water pressure was based on gravity feed.

“At a meeting of the Stockholders held Saturday April 30, 1864 voted the money, $13.50, paid by Ira Sewell for the use of the water at the library (during construction) be appropriated towards paying for the pipes leading into said library building. At the July 9, 1864 meeting it was further resolved that the library company have the free use of water in the library building subject to such restrictions as the water company may see fit to impose.” That the citizens of Stockbridge undertook the construction of the library, one of five built in the country during the Civil War, along with the water company, shows not just amazing fortitude, but deep enough pockets during a time of war.

“March 6, 1865 voted to instruct the Commissioner to cut off water from the Nancy Hoxie house as soon as practical to remain cut off until all back water rents are paid.” Hoxie, a widow, lived at what is now 8 Main St..

By 1873 the Stockbridge Water Company had acquired 88 customers. The ledger for that year listed cows at 37 cents each and horses at 50 cents. Found among the 88 customers were 22 horses, 13 cows, seven baths, and five water closets, opening a small window into life in Stockbridge (LS Adams, DA Kimball, F Hoffman, CM Owen, Charles Boyden and Dr. Williams having WC installed). At the March 28, 1873, meeting: “NA Waters resigned the office of Commissioner. James O. Root was elected Collector in his place to receive the same compensation as Mr. Water hereto for received to wit the free use of the water.”

At a Town Meeting held May 16, 1890, a committee was formed to investigate and report upon the question of a water supply. The committee, Arthur Lawrence, M.S. Heath and Chas. E. Callender, generated a six-page report, printed at the Berkshire County Eagle Press, titled “Report of Committee On Water Supply, Stockbridge, Mass. August 2, 1890.” The report favored the use of Lake Averic for a water supply and suggested waterpower from the Stockbridge Bowl could be used to pump water to a reservoir on Rattlesnake Mountain at a height of 338 above the Stockbridge plain. The report went on to offer information as to the impact of the new system on the tax rate in relation to better fire protection and increased land values, especially the land of Mr. Allen Yale or Mr. D.D. Field. The report ended by stating: “A Town meeting will be held on Saturday, August 2nd 1890 at 2 o’clock P.M. to hear the report of the committee.” It would be over 80 years before the town would acquire the Stockbridge Water Company.

From the Wednesday, Aug. 12, 1863, minutes of the Laurel Hill Association: “The gift of John Gourlie in the fountain in the triangle near the hotel is the generous expression of sympathy and interest in our little village from one who we can claim as a permanent summer resident. The proofs of its comfort & blessing are the daily groups of younger & older that we may see all thro the summer days around its cooling air. We thank him for his token of interest in his new home. We drink the toast of long life & blessings on him for his remembrance.”

Within its first year, Stockbridge Water Company cured the Stockbridge fever and made possible that iconic symbol of debate in Stockbridge, the Cat & Dog Fountain.