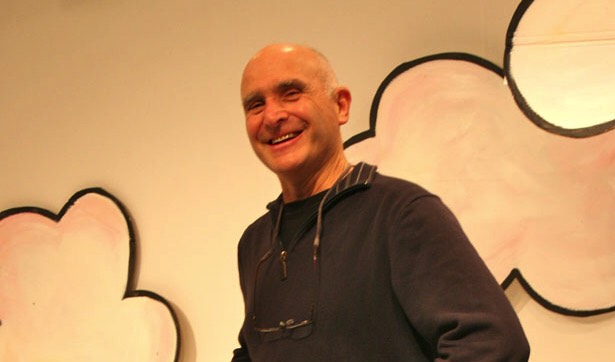 Meyerowitz, 65, a long-time resident of Great Barrington, was a pilot, gifted musician and writer who also founded The Sprout House in the 1970s after developing a habit of growing sprouts in his New York City apartment, where drying sprouts had to be moved in order to take a shower. The business blossomed, prompting Vegetarian Times to anoint him “Sproutman” in 1976.

His wife Beth Robbins said the name stuck, and so did his passion for health, life and the earth. Robbins said her husband of nearly 30 years took joy in the physical world and believed in the holiness of it, yet laughed his way through life.

Under the tireless care of Meyerowitz, who Robbins said lived like he had 27 hours to every day, the business expanded to sell equipment, and Meyerowitz became the author of dozens of books and articles about health and diet. He was an in-demand speaker who lectured around the world and had an impact on peoples’ lives for the last four decades. He was returning from a business trip in Danbury when the accident happened, and Robbins said he had just made an exciting new business arrangement for Sproutman Publications, something his son Noah was helping him with. He was getting ready to go to the Natural Products Expo East in Baltimore, and had new speaking engagements as a result of his latest book.

Meyerowitz was born in the Bronx, New York, in 1950, the youngest of three boys. His father, Hy, was a self-taught painter and performer who won a Charlie Chaplin contest and passed the love of theatre and entertaining to Steve, a gifted comic and mime. Meyerowitz loved classic comedians like Jimmy Durante, and produced a Vaudeville show in his 20s. People used to tell Robbins that her husband should have been a clown. When his daughter Gabrielle was young, he took her pet parakeet outside to give it “fresh air.” The bird flew away. A devoted father, Meyerowitz wrote a song at the birth of each of his children.

Meyerowitz went to Stonybrook University and Lehman College, and was a passionate pilot who got his license at age 17. He shared his love of flying with his two sons, Ari and Noah, who are now also trained pilots. He and his sons flew to Oshkosh, Wisconsin every year for a large airshow, and Robbins said these were some of his happiest moments. Noah and his father were getting ready for another one; they had been planning a cross-country flight. All three children, from a young age, used to fly with him on business trips, and help him sell and promote his products. Meyerowitz kept his plane at the Great Barrington Airport, and helped organize the Rotary’s Bike and Fly fundraiser for the last few years. The airport said they will do a flyover at his funeral.

Meyerowitz was also fantastically fit, Robbins said. He loved yoga and acrobatics, and could walk on his hands. He loved his daily workouts at Berkshire South Community Center. When his daughter Gabrielle was young, they started a ritual of going to a yoga class together every week.

Meyerowitz had a profound impact on friends and family in the way he supported and was invested in others’ success. He met life with a smile and warmth and laughter, was present and selfless, and made everyone happy. He was a cheerleader for everyone, Robbins said.

Meyerowitz was a man who loved being alive, Robbins said, adding that it was a life cut short but one well lived. Meyerowitz was a familiar figure in town walking and greeting everyone while walking his beloved dog Jack.

Meyerowitz leaves his wife, Beth Robbins; children Gabrielle, Ari and Noah; brothers, Joel Meyerowitz and his wife, Maggie, and Rick Meyerowitz; Michael and Nicole Robbins, and Julie Robbins; in laws Bruce Robbins and Nancy Flaxman; and numerous nieces and nephews and other extended family and friends, all of whom he loved.

The funeral will be held on Sunday, September 13, 2015 at 9:30 a.m. at Hevreh of Southern Berkshire, 270 State Road, Great Barrington, Mass. Burial will follow at Ahavath Sholom Cemetery in Great Barrington.

In lieu of flowers donations may be made to the Steve Meyerowitz Children’s Educational Fund through FINNERTY & STEVENS FUNERAL HOME, 426 Main St., Great Barrington, MA 01230. To send remembrances to his family or sign the guestbook go to www.finnertyandstevens.com.