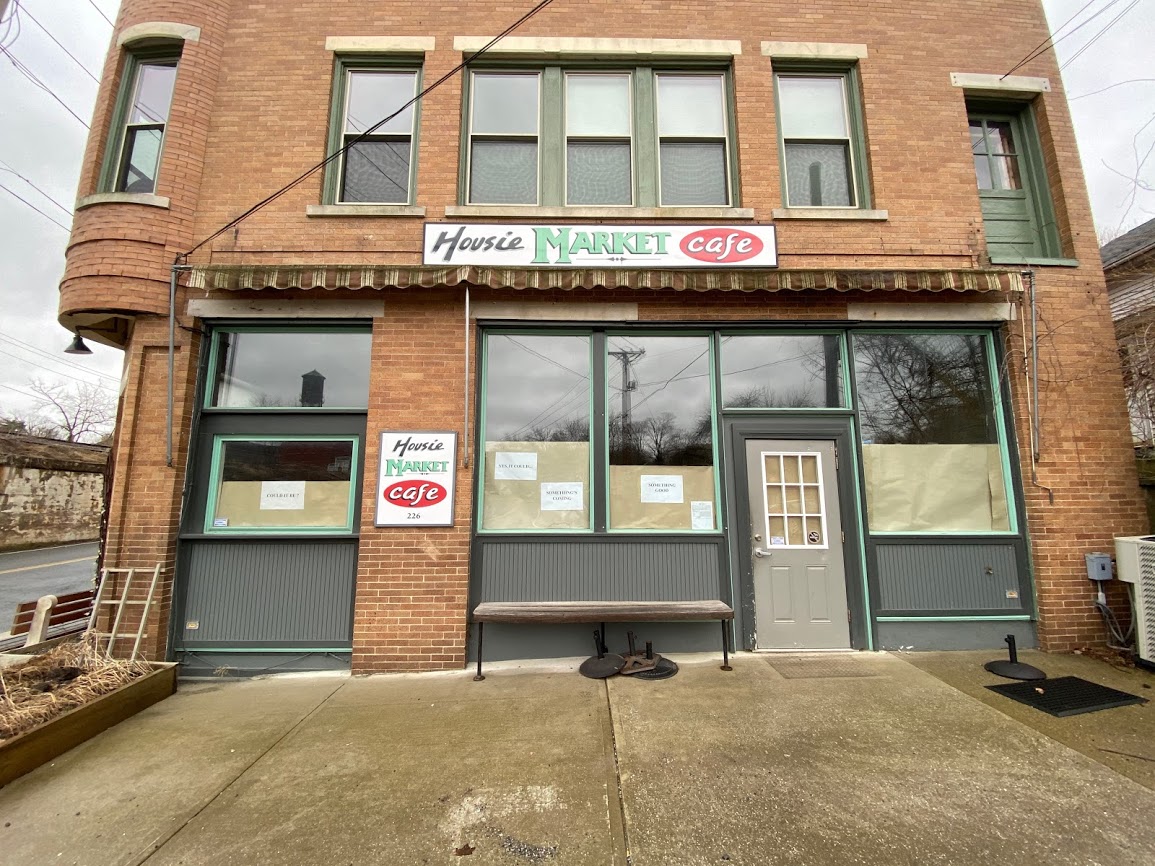 The former Housie Market Cafe will be STEAM's main location when things return to normal after the pandemic. Photo: Janey Beardsley

STEAM, which originally opened in July of 2018, is a small establishment specializing in Asian street food. It was opened by co-owners and married couple Robbin and Phornphimon “Jem” Ezinga.

While the restaurant has only been open for a little under two years, Steam has received numerous great reviews, including a five-star rating on Yelp. Together, the Ezingas have brought a lot of smiles and happy stomachs to the center of Great Barrington.

However, while STEAM encounters a lot of foot traffic being in the center of Main Street, “it’s a difficult venue to operate,” said Robbin Ezinga. STEAM is “just such a small place and it’s really cramped; there’s no storage. It’s hard to do efficient batches of production or really order very much,” he added.

The former Housie Market Café closed in October of 2018 and the building was subsequently purchased at a foreclosure auction by Housatonic resident Patrick Hollenbeck. The new space will provide “more room for everyone, customers and employees alike,” said Ezinga. The new location also has a larger culinary workspace as well as more seating for customers.

Before adding the familiar menu items like ramen and gyoza, STEAM plans to serve coffee and breakfast options while also utilizing the space for storage, prep and production of cuisine to be sold in its Great Barrington location.

Within six months to a year of opening this coffee shop-version of STEAM, the Ezingas will “roll out basically a version of what’s familiar and working in Great Barrington, but a little bit larger scale.” This timeframe depends on finding people to fill positions at the new location. Eventually STEAM will begin adding new items to its menu as well.

While the Ezingas planned to open their new restaurant in May, the COVID-19 pandemic has “kind of put everything on hold,” said Ezinga. “As a very small business, we don’t have a lot of financial reserves,” which caused the Great Barrington STEAM location to completely shut down. However, the Ezingas announced this week on the STEAM Facebook page that the Great Barrington location has reopened as a takeout operation from noon to 7 p.m. Tuesday through Saturday.

A new opening date has not yet been determined, but the Ezingas are excited about the new location regardless. “We live in Housatonic, and it feels like something could happen or something should happen in this town, and we’re looking forward to being part of that,” said Ezinga.

Members of the community are excited for the addition as well. “Seeing the empty space really puts a damper on the environment of Housy … So finally having a place to go to eat again would be great. The community of Housatonic would be able to walk there,” enthused longtime Housatonic resident Kathleen O’Leary.

“They are a great restaurant, with friendly staff,” O’Leary added. “I’m happy they are getting something bigger to broaden their abilities, and visitors.”

While the grand opening has been pushed back due to the pandemic, the Ezingas are holding their heads high and plan to keep pushing forward in spite of the delays they’re facing.