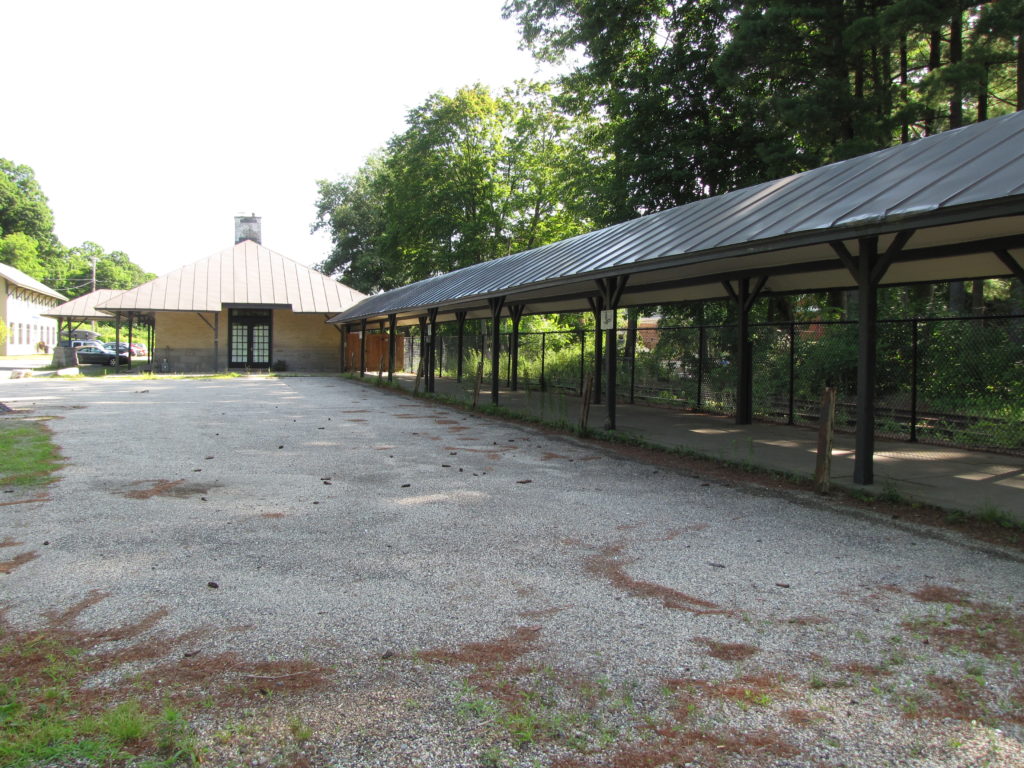 David Scribner
The historic railroad station in downtown Great Barrington was selected by the Berkshire Regional Planning Commission as the site for a stop on the proposed commuter service to New York City.

Great Barrington – It could be a boon for Berkshire economic development. But for the Housatonic Railroad, it’s win-win.

As a prelude to the goal of restoring commuter rail service between the Berkshires and New York City, the state of Massachusetts is prepared to underwrite $35 million in track and roadbed improvements to the Housatonic Railroad’s 38-mile Berkshire rail corridor that it intends to purchase for $12.1 million, even though the state of Connecticut has yet to agree to fund upgrades to its portion of the rail link to New York City.

At a July 23 meeting to announce the location of the four stations in Berkshire County – should the commuter rail project be realized – BRPC transportation project manager Clete Kus explained that the state would go forward with the first phase of a $113 million investment in restoring passenger rail service, regardless of what its neighbor to the south decides.

DOT spokesperson Michael Verseckes confirmed that the state would proceed with repairs to the railroad infrastructure, once the purchase was finalized.

“At this time, MassDOT would move to begin making improvements to the Berkshire Line shortly after the acquisition is completed,” he confirmed by email. “The line’s infrastructure is in considerable need of upgrades, whether passenger service is operating on the line or not.

“As far as the state of Connecticut is concerned, a project element that might be deferred could be the installation of a signal system that would only be necessary upon the introduction of passenger service.”

The total cost of rehabilitating the line from Pittsfield to its connection with MetroNorth in Southeast, N.Y., on the Harlem Valley line is estimated to be $200 million. The first phase of improvements to the line in Massachusetts would include the installation of heavy welded rail and rebuilding of the roadbed and crossties.

The second phase, an $80 million upgrade that would allow the introduction of commuter rail service, would not be undertaken until Connecticut signs on, however. It would involve the construction of stations, passing tracks, repairs to bridges, improvements to grade crossings, and the installation of a signaling system.

“We haven’t got the Connecticut riddle solved yet,” conceded Colin Pease, the Housatonic’s vice president for special projects. “But there is growing support among elected officials and there is a very strong grassroots movement to bring back the train. I think we are going to get there.” 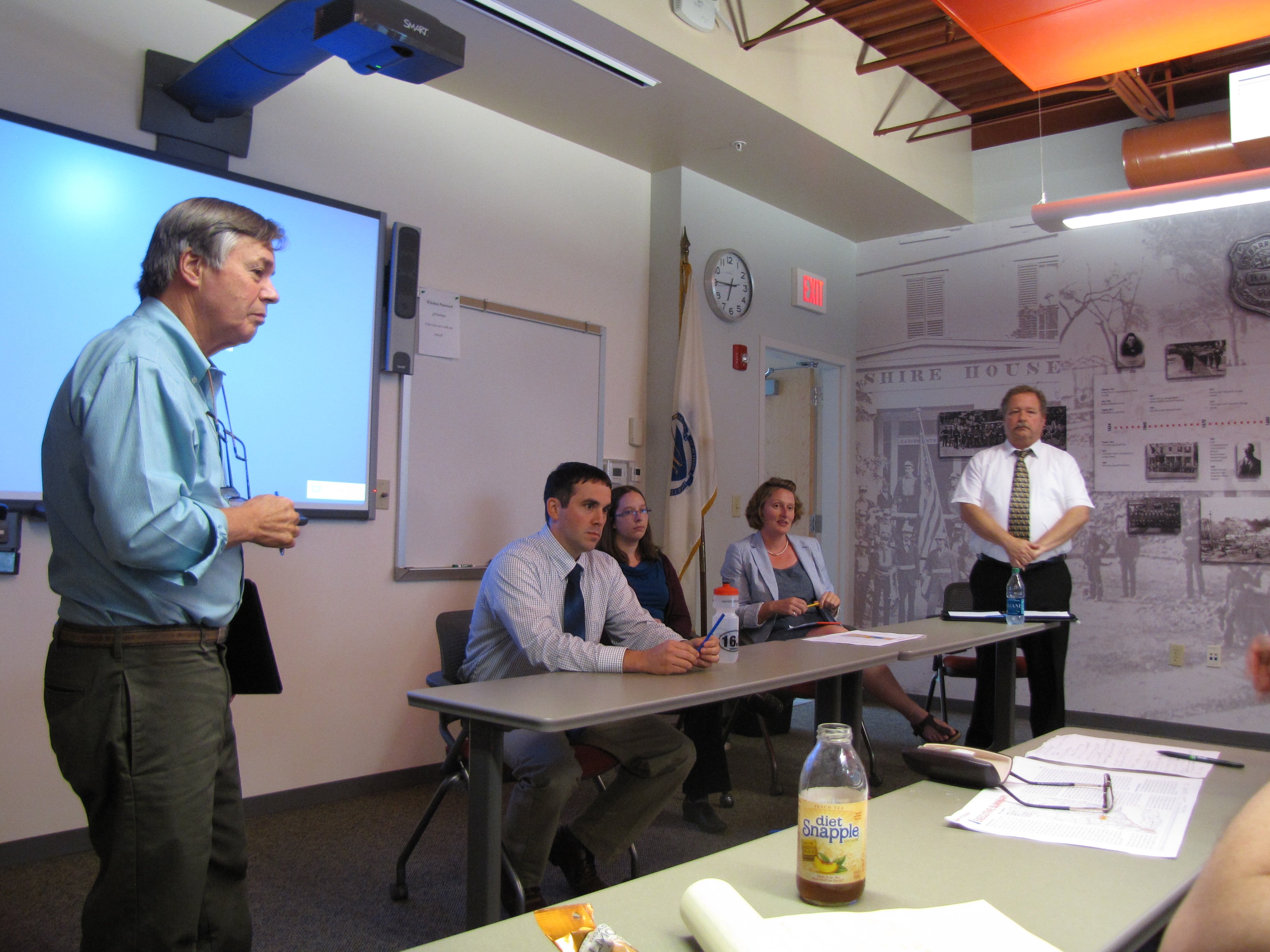 The commitment of the Commonwealth to the rail initiative, Pease added, has created both the structure for investment in the commuter service and has shown the way for Connecticut to follow.

“Massachusetts has established a template, wherein the state owns the track, and that paves the way to invest in this passenger project,” he said.

Pease estimated that it would take three to five years to get the passenger service up and running.

In the meantime, the Housatonic Railroad, with its permanent easement to operate its freight trains, gets a refurbished track structure to run on.

BRPC rail project manager Brian Domina explained to an audience of about 60 assembled at the State Road Fire Station that an analysis of available station sites, anticipated economic impacts, population densities, access to tourist destinations, and operational requirements had determined that the four Berkshire County stations should be situated at the Pittsfield Intermodal Center; in Lee, on parcels just south of where the railroad crosses Route 20 on the west side of town; in Great Barrington, at the historic downtown station – assuming the adjoining property to the north along the tracks could be secured for a parking lot; and in Sheffield, near the state line.

The study of potential station sites was funded by a $240,000 federal Department of Transportation grant.

“Our criteria included population, proximity of state highways, easy access to tourist attractions, and accommodations, and we needed them to be 10 miles apart, for operational considerations, in order to have reasonable schedules,” he said.

He pointed out that according to the 2010 ridership study conducted by Market Street Research of Northampton, the median ridership would be 2 million one-way fares within five years of commencing the commuter service.

Of those, 1,086,874 fares would be associated with trips either to, from or within Berkshire County; 340,000 between Danbury and New Milford, Conn.; and 573,126 to other destinations in Connecticut.

In addition, he noted, a 2011 study by Williams College economics professor Stephen Sheppard predicted that the Berkshire economy would be enhanced by $625 million in the first decade of the rail service’s operation.

The initial service plan, Domina said, envisioned eight round-trip trains per day, with the railroad preferring the connection to MetroNorth’s line in Southeast rather than in Danbury because the Harlem Valley route is faster. 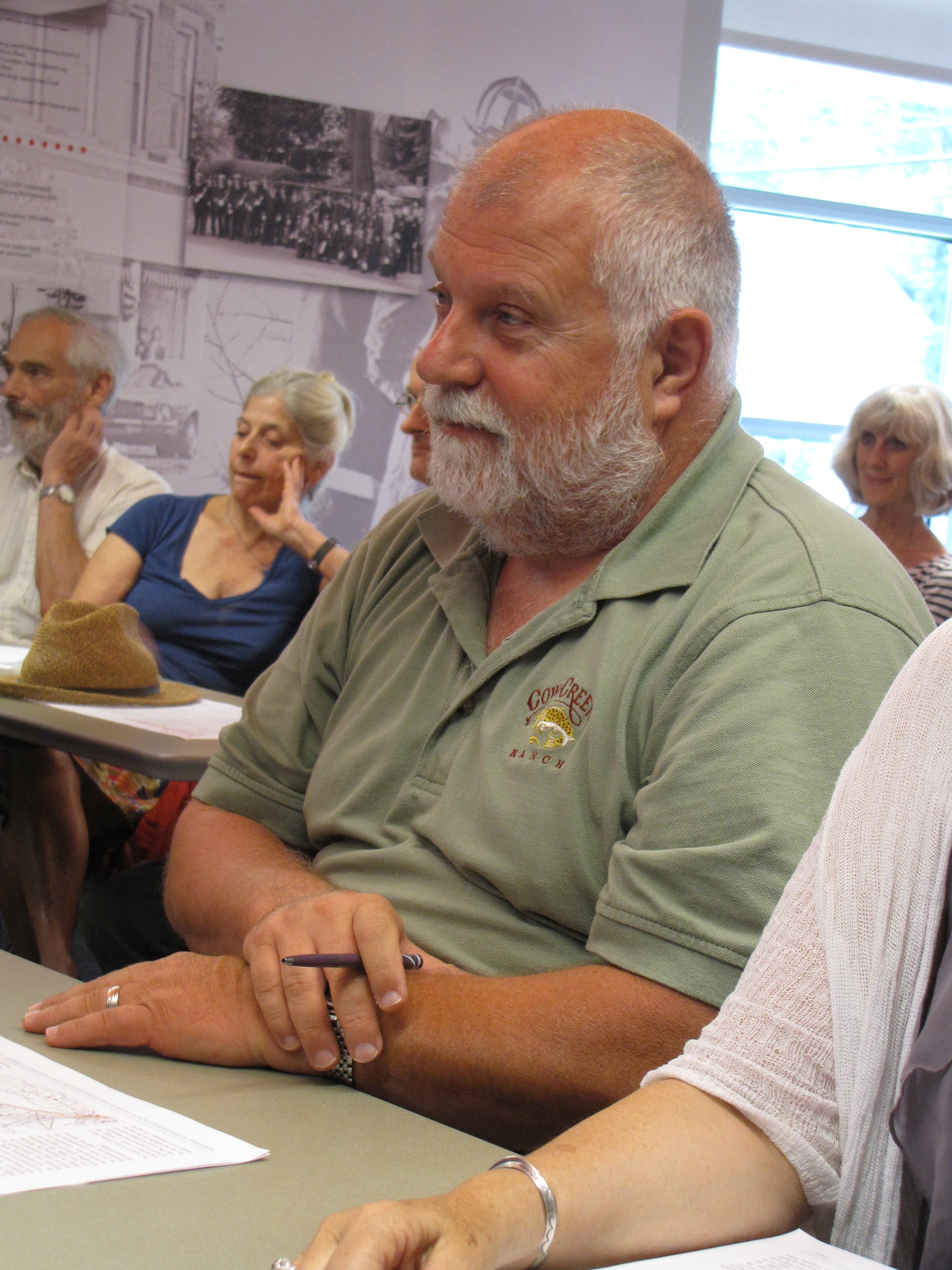 Both John Hanlon, president of the railroad, and Pease insisted that, contrary to the experience of other commuter railroads, the Berkshire Line can be operated profitably.

“We project that it can be a financial success, without a subsidy, but the service couldn’t cover the capital costs,” Pease said.

According to Pease, the rebuilding of the railroad will allow a trip of 3 hours and 30 minutes to New York, from Pittsfield, and three hours or less from South County.

He’s convinced that the amenities and connectivity convenience of the train overrides travel time that is somewhat longer than driving.

“This service will be closer to intercity travel, with coaches that have food service and WiFi,” he said. “This will be a pleasant ride.”

And he pointed out that a younger generation prefers to use public transportation over the automobile.

Hanlon noted that passenger rail service once was profitable, and can be again.

“It’s a cycle,” he said. “We’re at the end of the automobile cycle. It’s now cutting-edge to realize that a private company can make a buck at passenger rail service.”

But Ruth Pearce of Stockbridge – among others – demanded more information.

“You’ve got the information on the tourist side, but how can it be sold to the residents here? That’s essential. Are we investing all this money just to bring visitors to the Berkshires?” she asked. “There are a whole lot of people who go to New York regularly. But how many? How many people actually drive to the city, or go to Hudson, N.Y., to catch Amtrak or to Wassaic to get MetroNorth. I need data.”