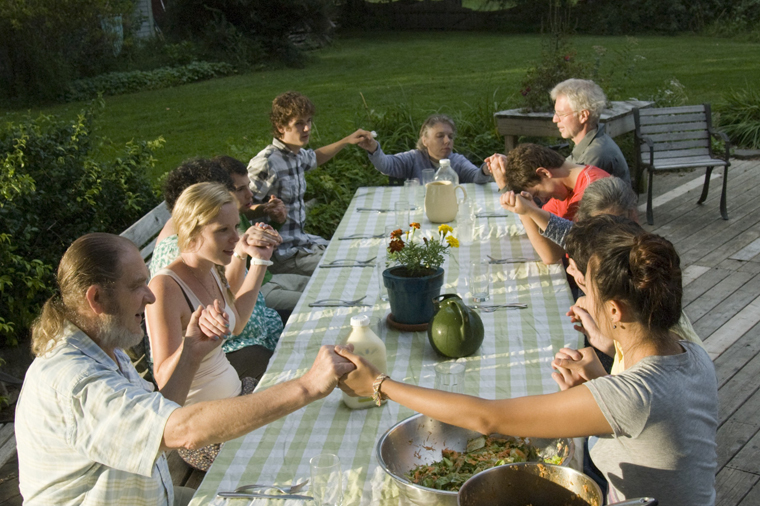 Many types of people live in Berkshire County. There are displaced New Yorkers, commuters, retirees, professionals, far fewer blue collar workers than in GE’s heyday, more farmers than even ten years ago, healthy people, and those with special needs.

Taking care of those with special needs is a full-time occupation. An excellent example of the rigor required to oversee them can be found at the Stanton Home in Great Barrington, a sanctuary for adults with special needs. Residents can live there for as many years as necessary. Indeed, some will spend the rest of their lives there. Peter Stanton, director of the Home, says that because of the long-term nature of their residencies, they do not get a lot of new people. He succeeded his parents as director of the Stanton Home so he knows whereof he speaks.

Special needs can be defined as anything from developmental issues to autism to brain trauma. And the people at the Stanton Home do indeed have a variety of needs. There is one profoundly autistic individual who requires two attendants. And there is a resident who is able to go skiing, but could not live on her own. She needs people to help her navigate money and to regularize the activities of her daily life.

The Stanton Home was opened in 1986 by Peter’s parents, Nick and Andrea. They have moved off of the property and are “officially retired,” but Peter says they continue to be valuable assets. Andrea met Nick when she was studying at a Camp Hill training site in England. The couple spent their adult lives working with individuals with special needs.

Although the North Plain property is primarily devoted to the Stanton Home, it also serves as an informal farm store for Sean Stanton, one of Peter’s younger brothers. Sean and older brother Jeremy, he of the butcher store in Great Barrington, have been instrumental in hosting the pig roasts that help raise money for the farm home.

Given the intense focus of the Stanton Home, it was not surprising to learn that there are 22 staff members, and almost 20 volunteers. Some are as young as “late” teenagers, but the bulk are in the 20’s and 30’s. “We’re in a growth phase,” says Peter, “with three people joining shortly.” Given the context of the Stanton Home, with its 24-7 care, that makes sense.

In general, the idea behind the Stanton Home is that this is the residents’ home and they are there for the long term. In fact, one resident has been there for 25 years, another for over 20 years.

The Stanton Home is supported financially with tuition, donations, and grants, or, as Peter put it, “a blend of private and state funding.” Sources include Medicaid, State Health and Human Services, and so on through different areas that support this type of individual care. The funding is both public and private.

With two Stanton brothers in the food business, it is not surprising that the family initiated a pig roast last September to help pay for enhancement to their infrastructure. Raising $16,000, it was deemed a success, and will be followed by another one in May. Note to readers: get your tickets quickly for they sell out.

Peter, a nutritionist by trade, lives on site. “The different pieces of my education and life came together to prepare me for this job,” he says. He worked at a Camp Hill facility in Ireland, and after receiving his degree in nutrition, ran a home for people with special needs for almost a decade. And certainly running the nonprofit Nutrition Center, now located in Pittsfield, was very helpful. He continues to administer the Nutrition Center, in addition to the Stanton Home.

The senior Stantons worked in residential schools, so Peter grew up with the experience of living with international volunteers. The Stanton Home now has volunteers from Japan, Honduras, Finland and other European countries.

Weaving plays an important part of the Stanton Home day program, and is now open to the community. They have 15 looms and lots and lots and lots of beautiful yarn that made one anxious to learn how to make something. If weaving is something you’ve always wanted to try, there are two weaving teachers on site who can help.

The Stanton Home has a shop at the entrance where they sell woolen items. And it’s a handy place to pick up meat from the Stanton farm. The handmade items also can be bought at the Housie Market in Housatonic and Evergreen in Great Barrington.

Gardening also plays a large role at the Stanton Home. Growing food for and by the residents plays a significant role at the Home.

Molly Boxer, former director of the Berkshire Botanical Garden, joined the Stanton Home a year ago as director of development. Her earlier career was teaching French. She has been going out into the community to raise awareness of the Stanton Home, and has hosted open houses for those wanting to learn more about it.

Taking full-time care of people with special needs is a major undertaking. Peter notes that there is a great need for homes for people with special needs in western Massachusetts, particularly in the Great Barrington area. The Stanton family has been helping people who cannot take care of themselves for decades and educating people from all over the world to do likewise. A good example of a local organization with international consequences.