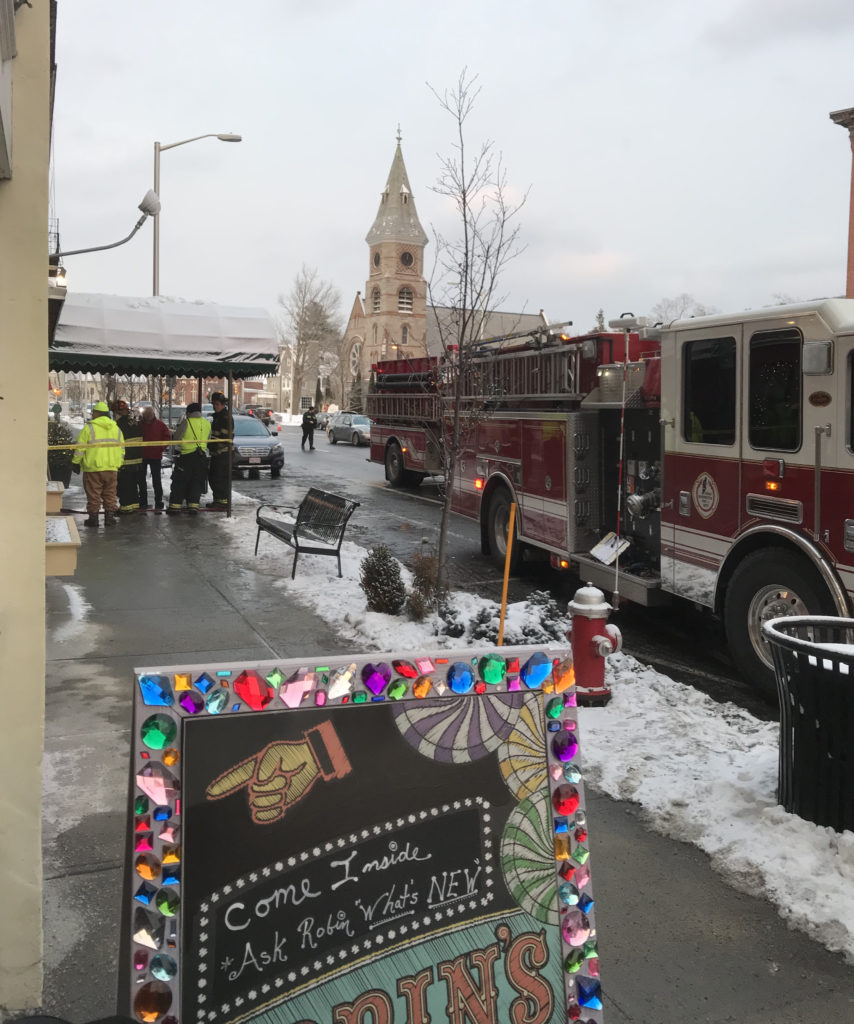 Robin Helfand
Firefighters gather at the entrance to the Barrington House on Main Street in Great Barrington where a malfunctioning sprinkler system flooded the first floor.

Great Barrington — As if residents and merchants in the Barrington House didn’t have enough to worry about during this spell of bitter cold.

The sprinkler system in the iconic Main Street building malfunctioned this afternoon, sending merchants and apartment dwellers scurrying out into the near-zero temperatures and causing businesses to close for hours on a holiday weekend during the important après ski hours.

Robin Helfand, owner of Robin’s Candy several doors down from the Barrington House atrium, told The Edge that around 3:40 p.m. the building’s fire alarm went off, which because of its ear-splitting shriek, sent her employees and staff members from first-floor restaurants such as GB Eats, Baba Louie’s, Siam and Tangier, out onto the sidewalk to shiver.

“There were six to eight inches of water in the hallway,” Helfand said, referring to the lobby of the Barrington House, a former hotel. “Water was pouring in.” 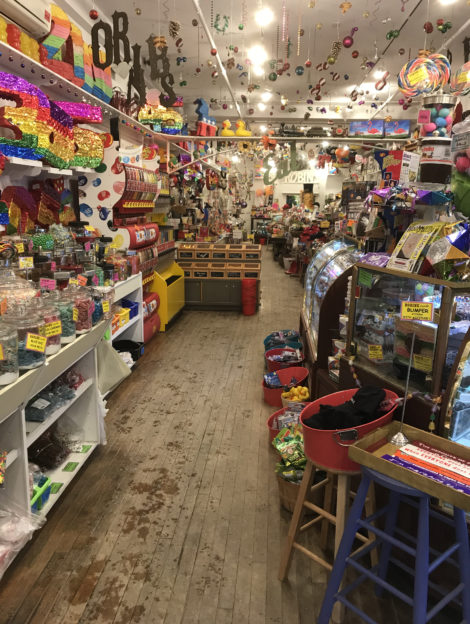 Helfand added that the “audible alarm and strobe lights triggered while water flooded the lobby/arcade of the Barrington House spilling onto the sidewalk causing icing and street closure.”

In an interview from her store a couple of hours later, Helfand was clearly upset. She said she had lost “thousands of dollars in business” at a “key time of the year,” though her store itself did not suffer significant water damage.

Fire Chief Charlie Burger told The Edge his department received a call at 3:41 p.m. about a sprinkler flow alarm and a possible fire. Instead, he found “a broken sprinkler pipe in the atrium which flooded out much of the ground floor.” That sprinkler pipe was near the Fiesta Mexican restaurant, which suffered ceiling damage at the rear of the atrium.

Once his firefighters saw that there was no fire, they shut the sprinkler system down, drained it and cleaned up the area “as best we could,” using squeegees and other tools. Damage was limited to the first floor, he said.

There has been speculation that smoke or perhaps a malfunctioning fireplace caused the alarm to go off, triggering the sprinkler system. But Burger threw cold water on that theory, so to speak.

When a sprinkler pipe is activated or is ruptured, it sets off the flow alarm, which in turn activates the fire alarm. But the converse does not happen. If a fire alarm is set off by heat or manually, it will not activate the sprinkler system, Burger explained.

The fire department was on scene for about an hour. The sidewalk in front of the building was flooded with water that quickly froze. Helfand said she went to Carr Hardware and bought several 50-pound bags of sand and she and her employees spread them onto the sidewalk, not only in front of Robin’s but throughout the sidewalks of the affected businesses.

The sidewalk was closed for several hours. Burger said one southbound lane on Main Street was closed while firefighters performed their operations and Great Barrington Police directed traffic around the fire truck.

Burger said his department has been receiving lots of calls for frozen pipes during this cold snap. He urged residents and merchants to check their pipes and take precautions against the possibility of them freezing. Click here for tips from Popular Mechanics on how to prevent indoor and outdoor pipes from freezing.