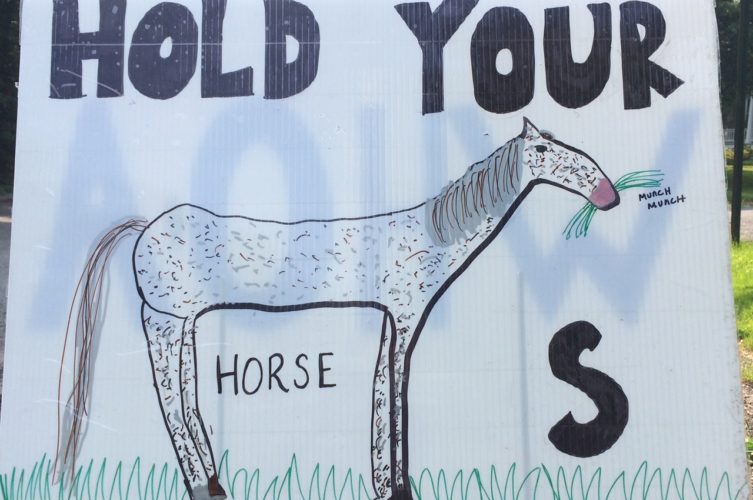 Great Barrington —To address excessive speeding on Taconic Avenue, which cuts through a dense residential area on Castle Hill, the town and Great Barrington Police say they are finally taking action.

spearheading a campaign, including a petition and road signs, to enforce the 25 and 35 mph speed limits along the road, and find other ways to keep the area safe.

“There are a lot of kids and activity around that street,” Tabakin said, noting that the Police Department conducted a speed study using a “speed spy,” which revealed speeding on a 35 mph stretch of Taconic Avenue after tracking 958 cars 24 hours per day over a two-day period in mid-May. Of those, 837 were speeding, the majority in the 41 to 45 mph range; 221 were traveling speeds of 46 to 51 mph and above.

Sergeant Paul Storti told the Selectboard that the study helps the department “have a more selective approach.” He also said that a number of measures have already been undertaken and will continue, such as 3-hour per day periods of random patrols in certain areas. “We don’t want to say exactly what time,” he added.

A trailer was installed several weeks ago at the intersection of Castle Street and Taconic Avenue “for people to check their speeds,” Storti said. “People are not realizing how fast they’re going.”

The department is also aware, Storti said, that this summer’s paving of Alford Road down Taconic Avenue may cause speeds to “increase.”

“All the roads from the railroad trestle up to the town line” are to be paved, said Department of Public Works Director Joe Sokul, who noted it wasn’t in the original plan to do some “minor streets, but that’s going out to bid this month.” The work was part of the town’s capital plan.

Another complication is that traffic has been moving around Main Street to avoid construction project delays, increasing traffic on bypasses and minor arteries like Taconic.

But the speeding issue raised the sticky subject of ticketing, and particularly its impact on visitors. “Nobody speeds through Egremont anymore,” said an Egremont resident who attended the meeting. “They’re not afraid to give out tickets.” She added that she thought speed traps, like the one Egremont is famous for, “will work” on Taconic and East Street, another bypass that runs perpendicular to Taconic, and sees dangerous speeds as well.

Tabakin replied that the town was trying to strike a “balance between enforcing speeding…and wanting to be welcoming to visitors by not penalizing them too much.”

Storti said that the department enforces speeding with ticketing, but also gives warnings.

It’s a tricky enough tightrope to walk that Tabakin said she was looking for “guidance” from the board.

Indeed, the debate has picked up momentum on the HillGB Google Group for residents of the Castle Hill neighborhood, and set off a series of letters under the heading “Tickets vs. Tourists” on Eileen Mooney’s NEWSletter email updates.

“I don’t know why anyone would assume most of the speeders are tourists,” wrote Barrington Place resident Rebecca Gold.

While some letter-writers were in favor of issuing warnings in order to generate good will, many wanted a stronger approach.

“I think that speeding tickets in our community can be a good way to educate drivers, both local and out-of-towners to how fast they are traveling,” wrote Dana Coleman, a parent who lives on a particularly harrowing stretch of Taconic, “especially on densely populated neighborhood streets with lots of children…”

A 2014 Berkshire Regional Planning Commission (BRPC) study indicated that roughly 8 percent of drivers on Taconic drive at or below the posted speed limit of 25 mph. John Horan, another resident who, with Coleman, is actively pursuing solutions as part of an ad hoc neighborhood citizens group, wrote that their data also showed that 26 percent of Taconic drivers go over 35 mph.

Rebecca Gold wrote that issuing speeding tickets is a good deterrent. “I don’t think anybody considers that policy to be rude so much as prudent…”

Tabakin had told the NEWSletter that the town would have money available for signs on July 1, at the start of the new fiscal year.

“After hearing about the 8-year-old boy in Adams who was stuck and killed in a 35 mph zone this week, it really drives home just how much difference a little bit of speed can make when it comes to hitting a child or pedestrian,” Coleman told The Edge. “Most of the cars racing by my house right now are going really, really fast.”