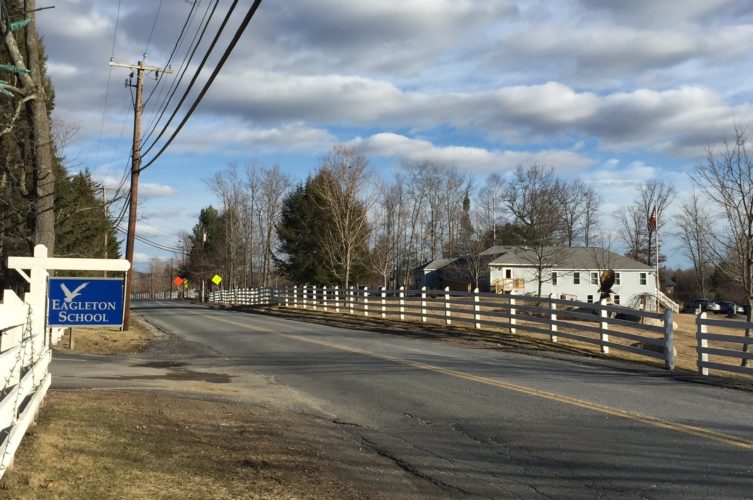 Great Barrington — A new program for special needs students Kindergarten through 8th grade will likely come to the former Eagleton School property very soon, and presents an exciting and convenient new option for students in nearby school districts who must now travel long distances to attend special programs.

Springfield-based Children’s Study Home (CSH), which already runs a number of well-established day and residential programs in the state, is preparing to open the Mill Pond School-Berkshire Campus, and start programming around July 1, said Education Director Dr. Joseph Dupelle, who with CSH Executive Director Eliza Crescentini presented the program to the Berkshire Hills Regional School District’s School Committee last Thursday (May 19). The school will initially begin with however many students enroll, and will be able to accommodate up to 50, with expansion possible in future.

The Children’s Study Home is the oldest non-profit in Western Massachusetts, and the second oldest in the state, Crescentini told the committee.

Crescentini explained how having this option in Berkshire County will help; she herself has a child with special needs who was doing great at Berkshire Hills, “but needed something more,” and so Crescentini began driving her child “back and forth to the Pioneer Valley.”

She added that having such choices “will change lives and support the educational needs of every child.”

Dupelle has more than 30 years of experience as a special education director in public schools. He said Mill Pond is a day program for students who have average or above average intelligence but can’t function in a traditional setting due to social or emotional difficulty and various other challenges. He says it’s “sad” that so often such students end up in residential programs. “It’s more important for kids to be with their families.”

He said he would release experienced staff from Springfield to start the program, then gradually bring in new staff. All students on IEPs (Individualized Educational Plans) will be eligible and the program will be funded through local districts. Classrooms will never have more than 8 students, he added, and the program will include therapeutic staff and counselors. The school day will run for 6 hours; the staff will remain for 8 to give them time to talk about students and their needs.

Dupelle says the idea is for students to eventually assimilate back in to their schools with their peers. “Our goal is not to keep kids,” he said, noting that Mill Pond can’t have sports or other extracurriculars, though it can offer local cultural experiences like plays at Shakespeare & Co.

Diane Dillon, Children’s Study Home Director of Berkshire County Programs, said she had experience starting a similar program in New York City, adding that “bright, capable” special needs students behave in such a way that they can’t continue to learn in a traditional setting, causing them to “fall behind.” Crescentini said these are the issues that start to “skew” they way students are perceived.

Dupelle spoke to the nuts and bolts of getting things up and running. He’ll have to get local approval from Berkshire Hills, he said, along with letters from three superintendents confirming they will “consider” sending students to Mill Pond. Then, the Department of Education must give it a stamp of approval.

Tim Grader, a communications consultant for Children’s Study Home, told the Edge that the organization will lease the former Eagleton property from former Eagleton founder and Executive Director Bruce Bona, though Grader said he didn’t know the cost, and that such questions should be directed to Bona. Calls to Bona’s Southfield home were not returned.

Berkshire Hills’ Director of Student Services Kathryn Burdsall is overseeing the partnership for the district, since Dillon’s husband is Superintendent Peter Dillon, who recused himself from involvement. Burdsall told the Edge that when Eagleton closed, the special education sector saw an opportunity to expand programs that are sorely needed in the county.

“The Berkshires is very rural and we have an option or two — Housatonic Academy [in Pittsfield] is one option, but it’s a very specific profile for kids they take, a very small school,” she said, adding that it’s a “struggle to find good day placements…we’re limited.”

She further said it “forces us to look to the I-91 corridor. We’re putting kids into vans at minimum of an hour or over an hour, times two–that’s a hurdle. We have a few of these kids, and sometimes I don’t think that’s in the best interest of kids. It makes this really exciting.”

Dupelle also expressed excitement and said the work of the school is simply about helping these students and finding a way to “make their lives better.”