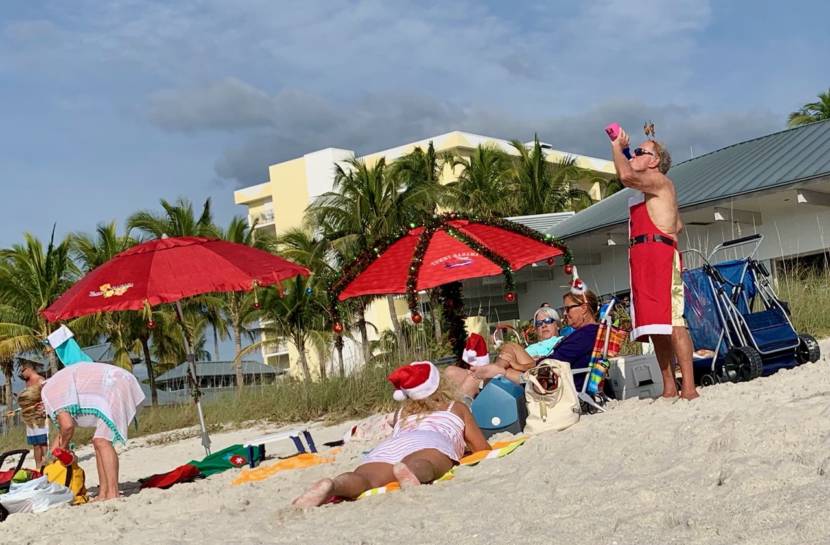 Baby, it’s cold outside! But why debate the appropriateness of modern holiday songs when you can go to sunny Florida?

Which is exactly what I did in the midst of Christmas-gate. I headed for the land of postcard sunsets, white-sand beaches, strip malls, leathery skin, and did I mention strip malls?

Booking late, I settled for a flight to RSW, which, for those not in the know (like me), stands for Regional South West, as in the airport for Naples and Fort Myers. I’ve spent plenty of time in Sarasota, Miami and, well, the Villages, but I’d never been to Naples or Fort Myers. So I figured I’d give it a try. Both of them. After all, both cities are on the water, right?

Yeah, well, okay. First off, the two cities are apples and oranges, and most of us go to Florida for the oranges. Sure, Fort Myers is on the water, but it’s actually on a river called something like the “Hootchie Cootchie” that flows into the ocean, which is like 20 miles away. But more on that later. 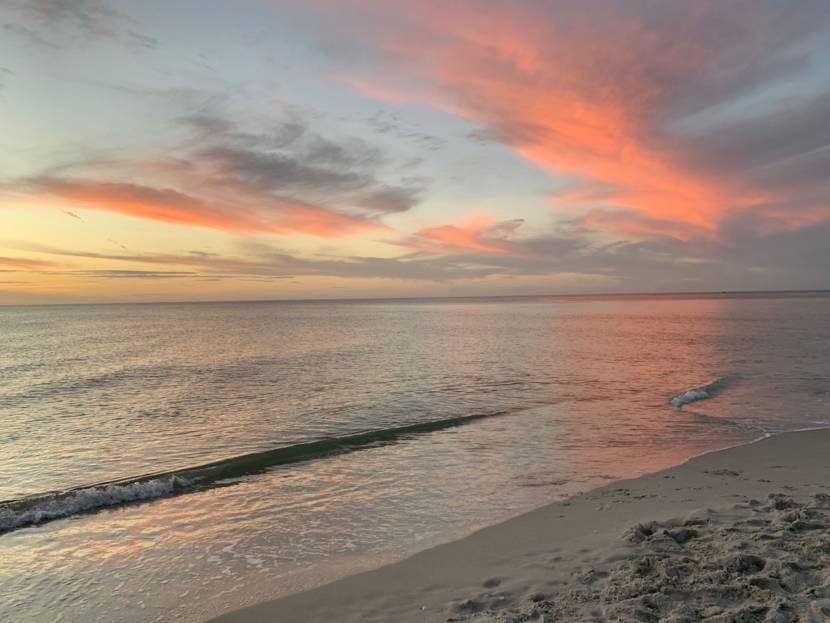 Naples. No, it’s not that Naples. According to Wikipedia, the name caught on when promoters about 150 years ago described the bay as “surpassing the Bay of Naples,” whatever that’s supposed to mean. I’ve been to Naples, the real one, to eat pizza for 48 hours (although I ate some gelato, too), and the comparison kind of annoyed me. After all, I ate pizza in Naples (see above), I got to know Naples, and Naples was something of a friend of mine. And Naples, Florida, you’re no Naples, Italy. Sure, the sunset sometimes looks like a volcano exploded, and some of the regulars I met on the beach looked a bit frozen in place. But I’m here to tell you that the pizza in Naples, Florida, sucks oranges.

Despite the misnomer of a name, downtown Naples is nonetheless filled with real-deal Italians hawking, well, pizza. All I could think about was how the heck did they end up here? Did they all board the wrong plane together? There was a solid two blocks of faux fancy Italian restaurants, each with a male host primping himself, looking past diners as if they were in the way of the mirror.

And then it happened. I fell into the happy hour half-priced food trap. Half-priced pizza? I’m in! Oldest trick in the book, apparently. Most of these restaurants advertise half-priced meals every day from 3 to 5 p.m., which means racing off the beach at the awkwardest of hours to claim your pizza and Peroni—every day, that is, except Monday through Sunday, Patriot’s Day and any day you get there in time. I was so not going to play into their game. No, sir. Not I. I was sooo on to them.

Have you ever let yourself be talked into something and you’re not sure how it happened? Like a Bob Dylan concert in Germany where the audience sits silently like folks at a Burt Bacharach concert? I have. Which is why I’m still scratching my head at how a panini machine can be heavy enough to squeeze a loaf of Wonderbread into a thin-crust pizza for sale in Naples, Florida.

Another thing to know about Naples: It costs $5 an hour to park your car anywhere near the beach. Unless you’re shameless—then you can head over to the Naples Beach Hotel and Golf Club where you drive up to the hotel entrance, toss your keys to the valet, and stroll through the lobby to their pristine beaches and cozy pool bar. But be sure to wear your nice flip flops and hold your beach umbrella with a sense of noblesse oblige, because renting one will set you back $75. Once on the beach, you can wink at all your compatriots and know you’re part of the club—the one that tolerates New Englanders on a budget who hate feeding meters with $20 bills, because the beach is full of them. 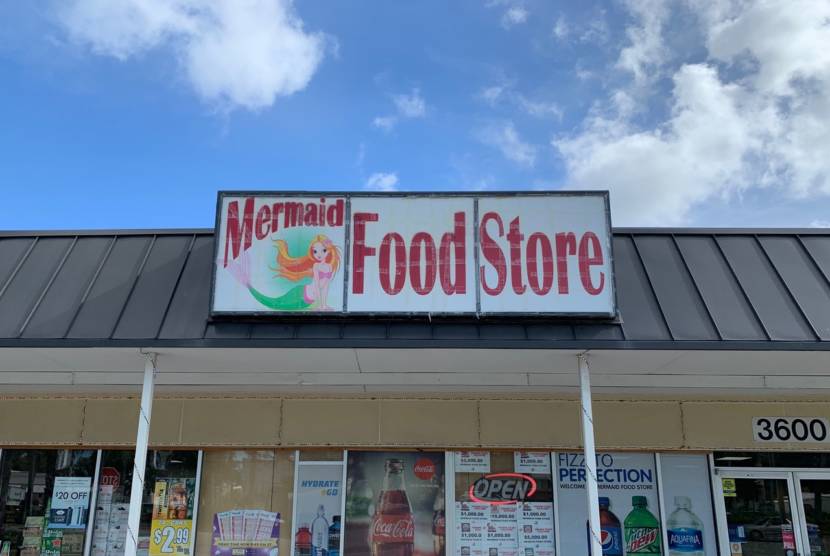 ‘I don’t know when, I don’t know how/Watch and you’ll see, someday I’ll be/Part of your world’ Photo: Andrew Blechman

And forget rushing off the beach for dinner downtown or in the neighboring historical district. Aside from some adorable old beach houses circa 1920, the rest is phony. The historical society’s museum is a gem—true old-time Florida charm. But it’s surrounded by houses that would put the Sun King to shame. The downtown—aside from the quixotic small-batch vegan gelato place I found run by Germans and named Edelheidi—yes, Edelheidi—might as well be a theme park for wealthy tourists. Actually, it is. Good luck finding a genuine restaurant, let alone a place to buy a newspaper or a quart of milk.

This is Florida, and the excellent restaurants—French, seafood, Asian fusion—are in the strip malls. Did I mention the strip malls? That’s where you’ll find real bouillabaisse, phenomenal sushi, and the best tacos this side of the Deepwater Horizon.

Speaking of strip malls, you can head right up the Tamiami to Fort Myers and revel in what true liberty looks like. Urban planning is for freedom-hating socialist phonies, which is why Florida is home to the good life—a Bed Bath & Beyond, Walgreens, and Asian massage parlor every half mile.

Okay, so Fort Myers Beach? Scratch that off your list. Unless you’re a huge fan of the Jersey Shore. On Memorial Day weekend. Or the Fourth of July.

Fort Myers itself is one of those cities that kinda leaves you scratching your head—as in, why does it exist? They guy it’s named after, Abraham Myers, a Jewish army officer who served in the Confederacy (go figure), wasn’t even buried there (he was buried in Alexandria, Virginia). Anyhow, it started as an army fort used as a base for slaughtering Native Americans. That accomplished, it became a trading post. Then Edison—yes, that Edison—happened by and built his winter retreat there. He encouraged his buddy, the notorious anti-Semite Henry Ford to come down and build a house right next to him in the Land of Abraham (Myers). You can tour those two timeless side-by-side waterfront homes if you want to shell out $30 per person.

That said, the downtown has undergone a revival. Yoga studios, sidewalk cafes selling fancy burgers and ice cream parlors abound. One young waiter confided in me that he’d gained 60 pounds since he moved to town and started eating at work. I was hoping he’d been in town for more than a few months.

You’re probably getting the feeling that Fort Myers is not a beach town. Good. Because it isn’t. But it’s got some fine strip malls. Miles of them. And a classical art museum, which is what most folks crave when they head to sunny Florida. 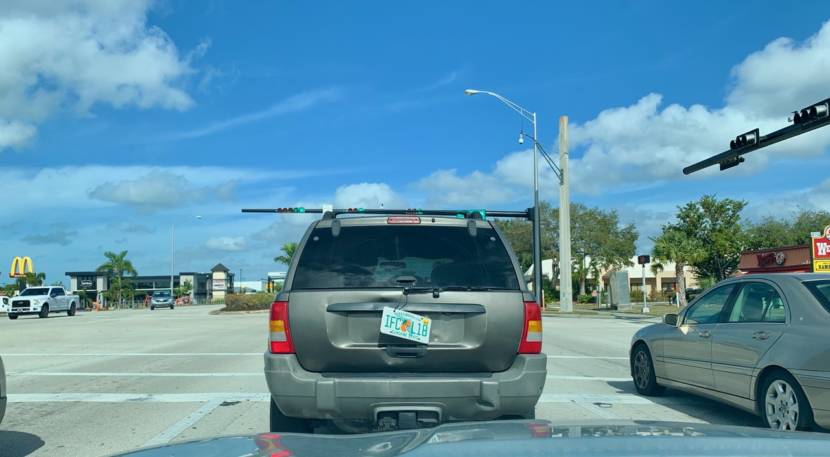 If you’re flying to RSW and not going to Naples for its amazing beaches and crummy pizza, then Sanibel is the place to go, which I should have known. But I had a real leg up on anyone looking to drive 45 minutes past strip malls to the beach and keen to shell out $6 to cross a bridge each day and then pay $5 an hour to park. I had all of those people beat.

Sanibel is gorgeous. They got their strip malls under control there. Mostly. And the shells? Oh, the shells. People travel from all over to hunt shells there. Which struck me as sorta silly given that the shells are sitting right there to be picked up. It’s not like they’re about to give chase. But the tide was kinda squirrely.

And here’s the big travel reveal, a place that few know about and fewer have been: Pine Island. Okay, so there are no beaches. As in: no beaches. But there is the Randall Research Center and its Colusa Heritage Trail. The Colusa were a native tribe that lived on Pine Island and in neighboring areas for at least 1,000 years before the arrival of Ponce de Léon and smallpox. They built complex cities filled with three-story tall manmade plateaus and buildings that could accommodate up to 3,000 people for communal gatherings. But no strip malls.

Not much is left, but the walk along the mile-long heritage trail is well worth it. Particularly poignant are the remains of a vast moated burial mound that had a spiral path ascending to the top, a ziggurat of sorts. Parts of it are still there, hidden beneath tropical forest, apparently thanks to one stubborn farmer who, with his shotgun, protected the site 100 years ago from opportunistic neighbors who dug out many of the mounds to cleverly fill in the complex systems of moats and canals that had lasted 1,000 years.

All that empty nature on Pine Island is a prime candidate for shopping. As is, locals are forced to drive several miles to the nearest Bed Bath & Beyond. Thankfully, back on the strip, there were at least a dozen or so places from which to purchase bath towels while on the half-hour drive back to RSW.