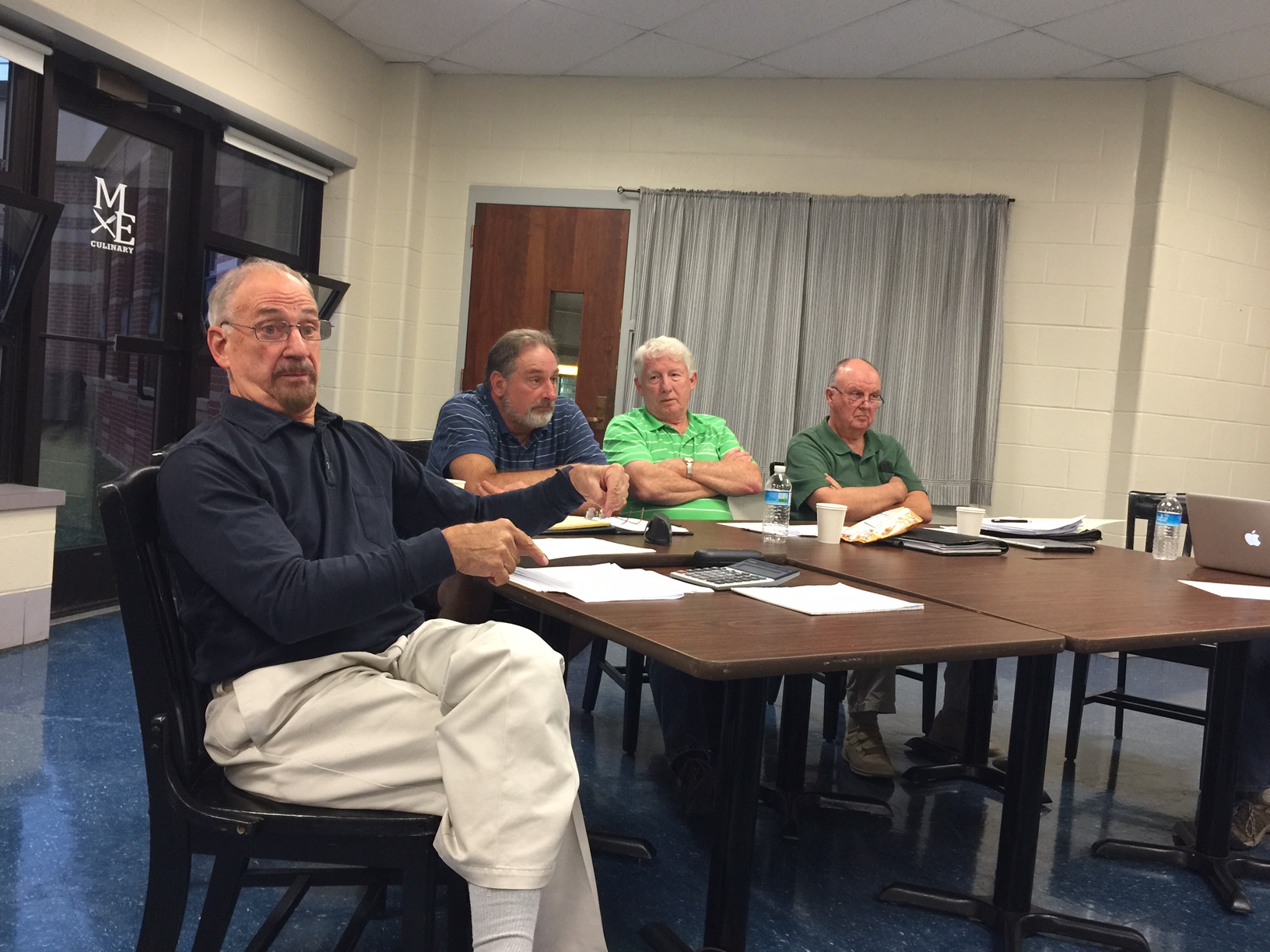 Sheffield — School Committee members said an innocent computational spreadsheet error in the amount charged to each of the five towns for its share of payments to the Southern Berkshire Regional School District (SBRSD) has thrown off the numbers for this fiscal year, resulting in some towns having been overcharged, others undercharged. The result: a political and financial mess.

The SBRSD Finance Subcommittee, not wasting time in revealing and sorting out the tangle, invited town officials from each of the five towns in the district to an emergency meeting Wednesday (September 30), at which Chairman Vito Valentini explained what happened, and came up with a proposed solution.

The school committee will be officially informed at its Thursday (October 1) meeting.

School assessments, Valentini explained, begin with “very complicated formulas” from the state; each town’s amount is then computed by the district, using the percent that each town must pay. The mistake in this case was that someone simply used one column of very close percentages instead of another — both columns are right next to each other on the form that is used when the final budget is created.

“We have a glitch,” Valentini said. “The numbers are not that great, but a percentage of one or two percent, when you’re dealing with a lot of money, becomes a lot of money.”

Alford and New Marlborough were undercharged $1,549 and $39,979 respectively. Sheffield, the largest town with the most students in the district, was undercharged $239,871.

Valentini, a former math teacher, came up with a solution — doing hand calculations, he said — that would involve the district essentially eating the difference over several years.

“I’ve been beating my head against the wall for three days to figure out how we can make this work,” he said, noting that the “worst possible mess up” would be if under assessed towns would “have to go back to town meetings.”

So, Valentini said, to avoid carnage in education and other programs, he and Superintendent David Hastings found a way. “Here’s where we’re getting like Solomon,” Valentini said.

Hastings searched the school budget and found a way to reduce the budget by $216,193 because of retirements that led to several vacancies, or a classroom that didn’t need to be filled, Valentini said. This left a figure of roughly $126,000 from Sheffield’s under assessment, that still has to be paid.

The district, backed by its lawyers, is proposing a “grand bargain.”

“For New Marlborough and Alford it was very little money,” Valentini said, “and with the reduction they will see that much less assessed. If the towns of Egremont and or Monterey, who have already approved huge amounts of money — if you would be open to a grand bargain where you guys would forward the money this year for credits in the next 2 years, then we would have a deal.”

In order to do that, the district proposes that it eat roughly $40,000 per year for three years.

“We’re going to spread this pain over a couple more years,” Sears said, “and share the $126,000 to make Sheffield whole, with us taking the hit that we’re going to take.”

New Marlborough and Alford will not be assessed for their smaller undercharged amounts, Valentini said.

But, Sears said, “we don’t have to change anything if that’s what the towns want to do.”

“Why can’t all of the towns do this over a long period of time so that no one feels the pinch,” said Monterey Selectboard member Scott Jenssen.

“Somebody has to make up the $126,000, otherwise the budget will be short that amount,” Valentini said.

There are some repercussions.

“We as a district aren’t going to have any cushion to speak of over the next several years,” Sears said. “The district is already taking a hit and will continue to take hits down the line.”

Not to mention the discomfort town officials said they would have bringing this back to their residents. Jenssen wondered how to tell people “we just gave the school district a loan without any interest.”

The first payments for fiscal 2016 were made August 1. The next are due November 1.

In the end it was decided that all the towns’ selectboards and finance committees would come up with a proposal which would be brought back to the district in one larger meeting. Valentini explained that his committee can only make suggestions about how to fix this — they can’t tell towns what to do. And Sears wanted it extra clear: “We’re not saying we messed it up, you guys go fix it for us.”

School Committee Chairman Carl Stewart told The Edge that this was a “one-off” mistake, and that the district “checked to make sure it wasn’t systemic.”

But Stewart said that in these fiery times for school budgets, he hoped that political factors wouldn’t flare over this mechanical error, and that the district’s willingness to eat the difference might soften any pain. “We don’t want to pour oil in the waters of what will be another fight in the budget process,” he said, adding that the district is planning to “institute something that reduces the probability of this happening again.”

Valentini’s motion to reduce the district’s budget by $216,000 was unanimous, and will be brought to the School Committee for the same vote on Thursday (October 1).

“I can’t apologize enough for the fact that this mistake was made,” Sears said. “It’s an example of what seems a minor little glitch that can create a lot of problems.”

“As soon as we discovered it we brought it forward,” Valentini added.