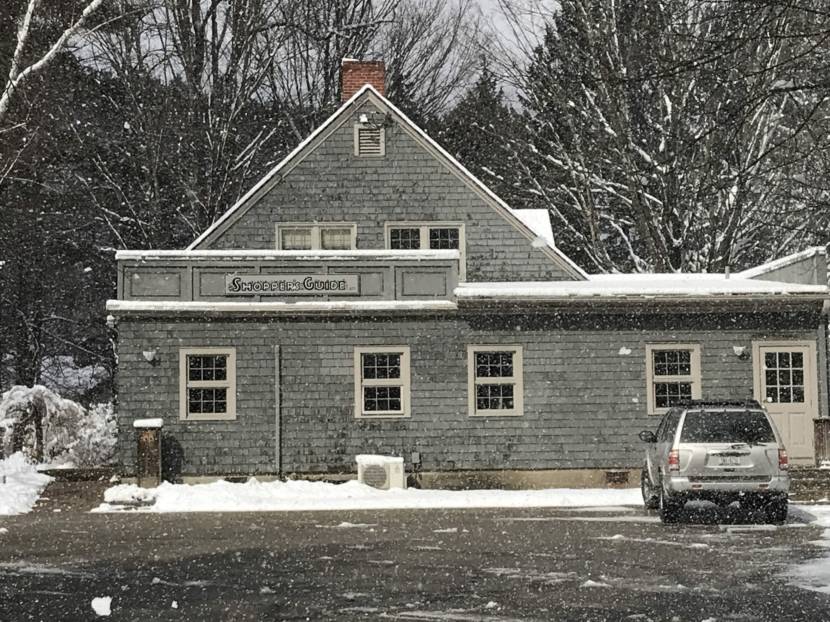 Great Barrington — One of the oldest publications in Berkshire County has been sold to what is perhaps the largest and oldest of them all.

The Berkshire Eagle, through its holding company, Birdland Acquisition LLC, has purchased the Southern Berkshire Shopper’s Guide. Terms of the deal were not disclosed but Eagle editor Kevin Moran confirmed to The Edge that it includes acquisition of the publication itself but not the Shopper’s property at 141 West Ave.

Founded in 1968 by John and Eunice Raifstanger, “the Shopper,” as it’s commonly known, has always been a reliable way for buyers and sellers to connect in an all-advertising print forum. The Raifstanger family has operated the weekly regional advertising vehicle for all of its 51 years.

It is published in tabloid form and includes everything from display ads to classifieds as well as speciality sections on such diverse topics as help wanted, pets, home improvement, real estate, dining and arts and entertainment.

“We are honored to have this opportunity,” Fredric Rutberg, publisher of the Eagle, said in a written statement posted on the paper’s website. Rutberg will be the new publisher of the Shopper’s Guide.

“The Raifstangers have built an institution on which most everyone in South County has relied on for decades,” Rutberg continued. “We intend to preserve this institution, not to change it. All of the current employees have agreed to continue the operation to make this a seamless change.”

According to Rutberg, the Shopper has a weekly circulation of roughly 25,500 copies, with 20,000 of those distributed by mail to households and businesses in southern Berkshire County and adjacent portions of Columbia County, New York, and Litchfield County, Connecticut. The remainder is “circulated in high-traffic locations throughout the area” such as restaurant lobbies and on sidewalk racks.

“Letting go was inconceivable until Fred assured us that his intention is to keep the Shopper’s Guide just as it is, but with a shot of new energy and vitality,” Robin Raifstanger Hare, the Shopper’s director of operations, said. “The Raifstanger family could not have hoped for more.”

In a follow-up interview, Hare told The Edge, “Now was the right time to sell because there was no real succession in the family.” In other words, there was no one else in the family who was willing or able to run it. Eunice, 93, is the publisher but Robin Hare runs the operation, which consists of three full-time employees, including office manager Jean Raifstanger, and one part-time employee.

Rutberg said Eunice Raifstanger will be named publisher emeritus, while Hare will stay on in a consulting role to aid in the transition to new ownership. The Shopper’s Guide will continue to be located at 141 West Ave. in Great Barrington “for the next several months, at least,” Rutberg added.

Hare said her parents started the business in the basement of the Mahaiwe Theater, which her father, John, managed. After a couple of years, they moved next door to what used to be the Castle Street Cafe and is now Number 10. Then they bought a building on Bridge Street which they shared with Kwik Print until moving to West Avenue about 10 years ago.

“I’ve been doing this for 48 years,” Hare said. “I run it and I recognize that, in order to be viable, we need a fresh, new energetic resource behind us.”

Hare said Rutberg has assured her that no big changes are in order. “It’s just a good business model that has worked,” Hare added. “Fred is quite an entrepreneur. He recognized the relevance here and you like to hold on to a good thing.”

Hare said the Shopper has changed over the years, adding sections, often in response to reader demand. Ten years ago, for example, the animals section was borne.

“We had a petition from locals who wanted us to start a pet section,” she recalled “They came to us with it and said, ‘We really need you to start this section.'”

As for the Eagle itself, the paper and its three smaller sister publications in Vermont—collectively called New England Newspapers Inc.—were acquired almost three years ago by a group of local investors from Digital First Media, which is owned by the secretive New York hedge fund Alden Capital. DFM’s relentless cost-cutting had drained the Eagle, which won a Pulitzer Prize in 1973, of much of its quality.

Since it is not a publicly traded company, New England Newspapers is not required to disclose its financials. However, in a story published last year by the Nieman Foundation at Harvard, both Moran and Rutberg spoke candidly of the challenges of winning back readers and advertisers after years of neglect, even as the Eagle was improving by leaps and bounds after the change in ownership.

As of June 2018, the Eagle’s paid weekday circulation was 13,029 and on Sunday 15,715, with almost 2,000 more opting for the online digital replica, according to the Alliance For Audited Media. Eleven years ago, Sunday circulation was more than 30,000. On Jan. 18, 2019, Rutberg wrote an open letter asking for “several hundred to a thousand additional subscribers.”

The reinvestment in the Eagle and its sister papers comes at a difficult time for newspapers. Not only have U.S. newspaper circulation and advertising fallen significantly but employment in newsrooms throughout the nation fell by 23 percent between 2008 and 2017, according to a Pew Research Center report released last year.