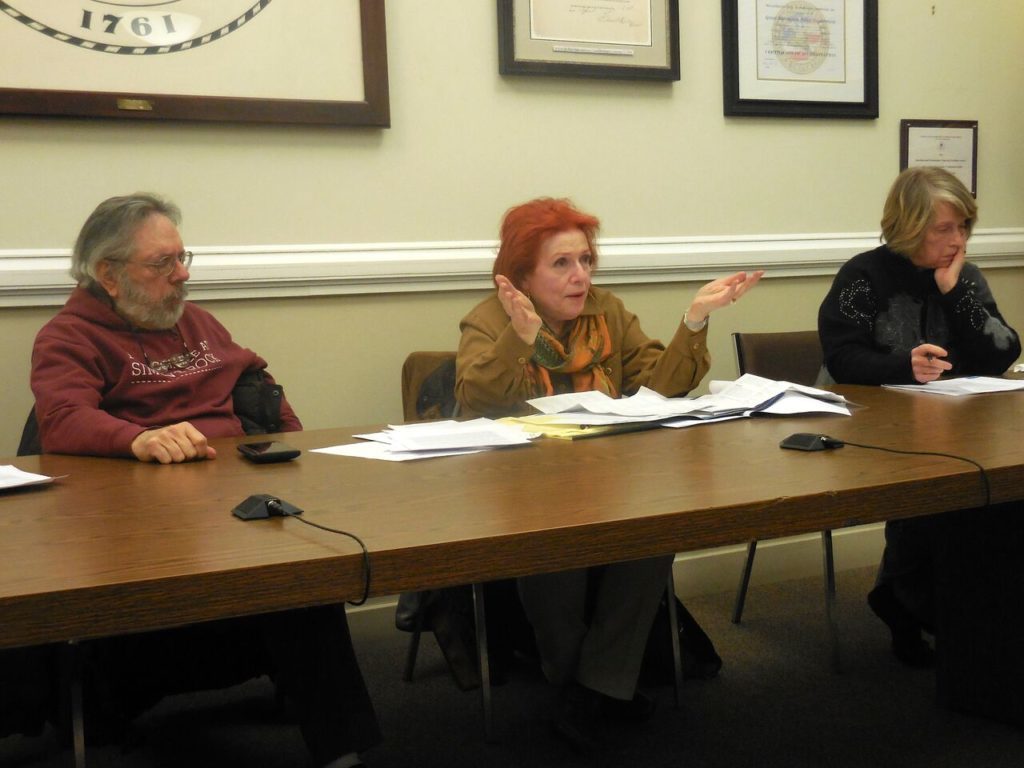 Terry Cowgill
Linda Miller, who chairs the Five Town Cable Advisory Committee and represents Lenox, at a meeting of the panel in Great Barrington in December 2017. To her right is member Steven Moritz of Lee and to her left is Rene Wood of Sheffield.

Great Barrington — Local cable access channels and their allies are fighting back against the feds.

At its Sept. 10 meeting in Lenox Town Hall, the cable committee voted unanimously to send the letter drafted by member Rene Wood to Healey. Barring any intervention, the new rules on public, educational, or governmental (PEG) channels are scheduled to take effect Thursday, Sept. 26.

“This will put the PEGs out of business and it violated the spirit of the 1984 Cable Act,” Wood told The Edge. “It also overrides franchise agreements with cable advisory committees or municipalities.”

Click here to read an Edge analysis of the new rule when it was under consideration last year. 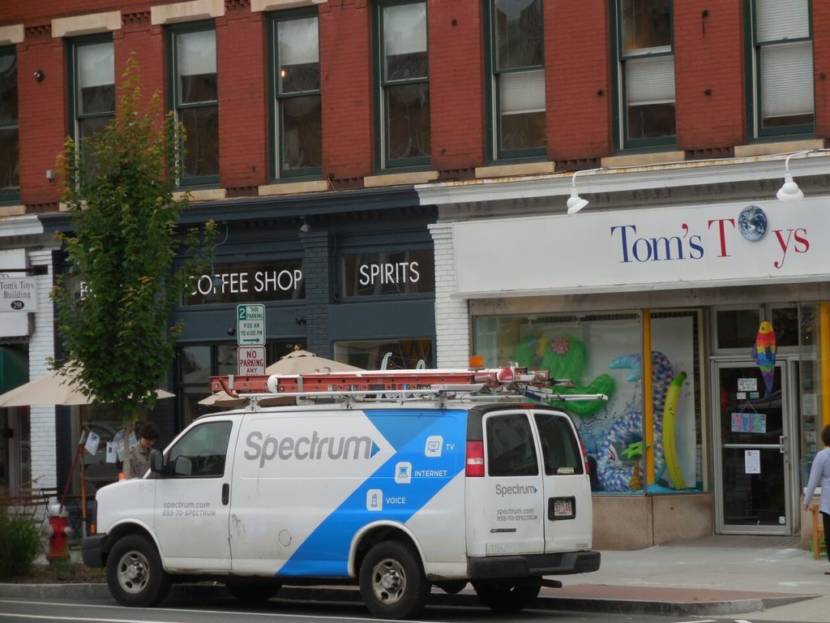 Under existing FCC rules, towns and cities nationwide are allowed to negotiate franchise agreements with cable television providers. Those municipalities can require in the agreements that the cable companies — in this case, Charter-Spectrum — meet certain community needs such as setting aside channels for PEGs. These needs are funded by a 5 percent franchise fee in the cable bill customers receive each month.

However, the FCC’s new rule, approved by a vote of 3-2 on August 1, permits cable companies to assign a value to these channels, deem them in-kind contributions and then subtract that amount, and the value they place on any other in-kind contributions, from the franchise fees the cable company pays the local community, known legally as the local franchising authority.

These in-kind contributions could include free or reduced cable connections to town halls and schools, backhaul of signals, interactive program guides, or perhaps channel spectrums allotted to the PEGs themselves, according to the northeast region of the Alliance for Community Media, a trade organization.

“If they start monkeying around with our 5 percent, that’s 90 percent of our income,” said Leo Mahoney, the retiring station manager of Community Television of the Southern Berkshires in Lee. CTSB serves the five towns represented by the committee: Great Barrington, Lee, Stockbridge, Lenox and Sheffield. 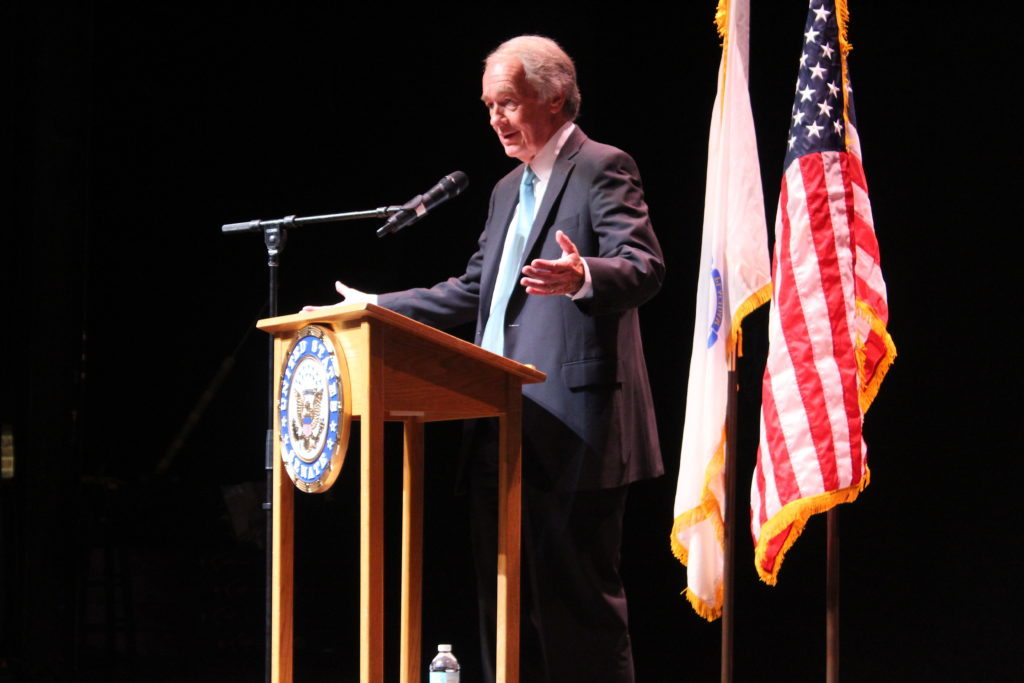 The channel has an annual budget of roughly $480,000 that covers the salaries of four staff members and the debt service of its new studios and solar array at Quarry Hill Business Park in Lee. Click here to see CTSB’s most recently available IRS 990 filing.

Mahoney said CTSB has enough cash in reserve to meet expenses for only about a year. He said the agreement for the five towns in Charter’s southern Berkshire franchise does not expire until 2023. In addition to CTSB, there are four other PEGs in Berkshire County communities: Pittsfield, Dalton, North Adams and Williamstown.

Sen. Ed Markey, D-Massachusetts, and 10 other senators wrote an Oct. 29, 2018, letter to FCC chairman Ajit Pai objecting to the fact that the proposal would “alter, at the cable operators’ discretion, the terms of the local franchise agreements,” thereby putting “at risk critical funding for public, education, governmental stations, as well as broadband connections to schools and other public buildings.” 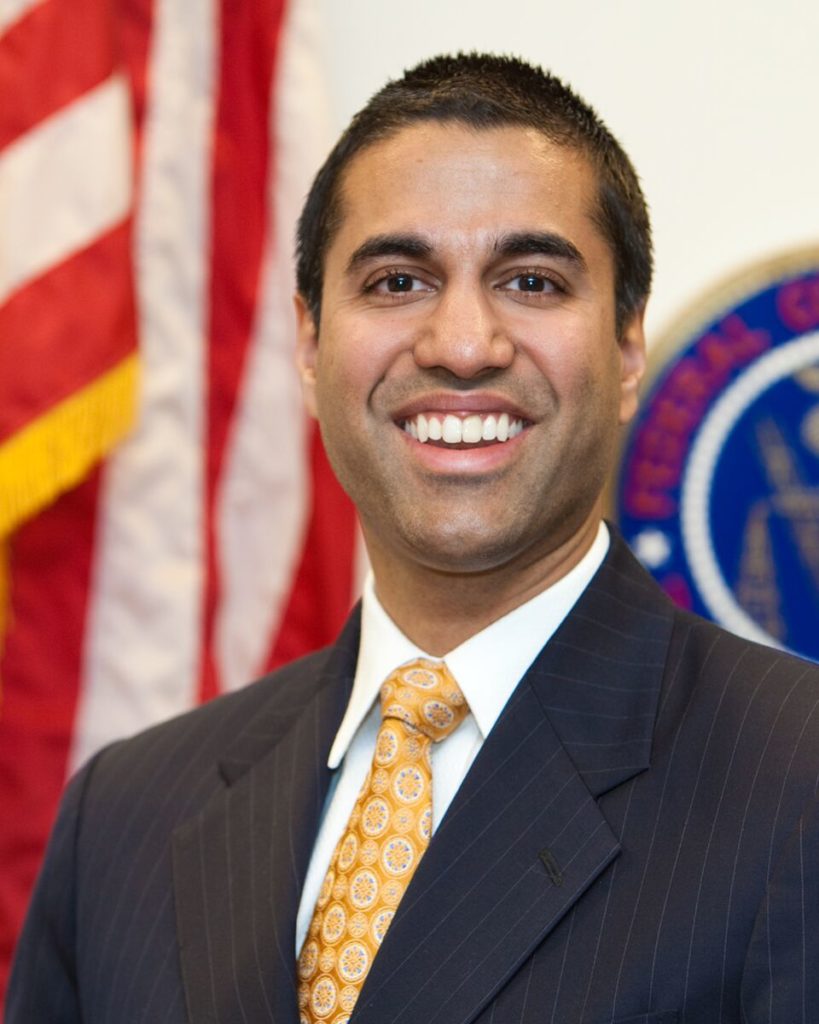 Numerous other letter writers, including Sen. Elizabeth Warren, Rep. Richard Neal, and most of the state representatives and senators who represent Berkshire County, have signed similar letters.

Linda Miller, who lives in Lenox and chairs the Five Town Cable Advisory Committee, said she is convinced the FCC move is so unpopular that, ultimately, it will be bad for the cable companies’ business.

“It will cause them to lose subscribers,” Miller said in an interview. “They’re just looking at the initial revenue bump, but it will push people away.”

Miller added that no one from Charter attended the cable advisory committee’s September 10 meeting when Wood’s letter was approved, even though the company is supposed to send a representative to the meetings, as stipulated in the franchise agreement.

Pai, the FCC chairman appointed by President Donald Trump, is a former associate general counsel at the telecom giant Verizon. Charter-Spectrum had not returned a message seeking comment by the time this article was published. 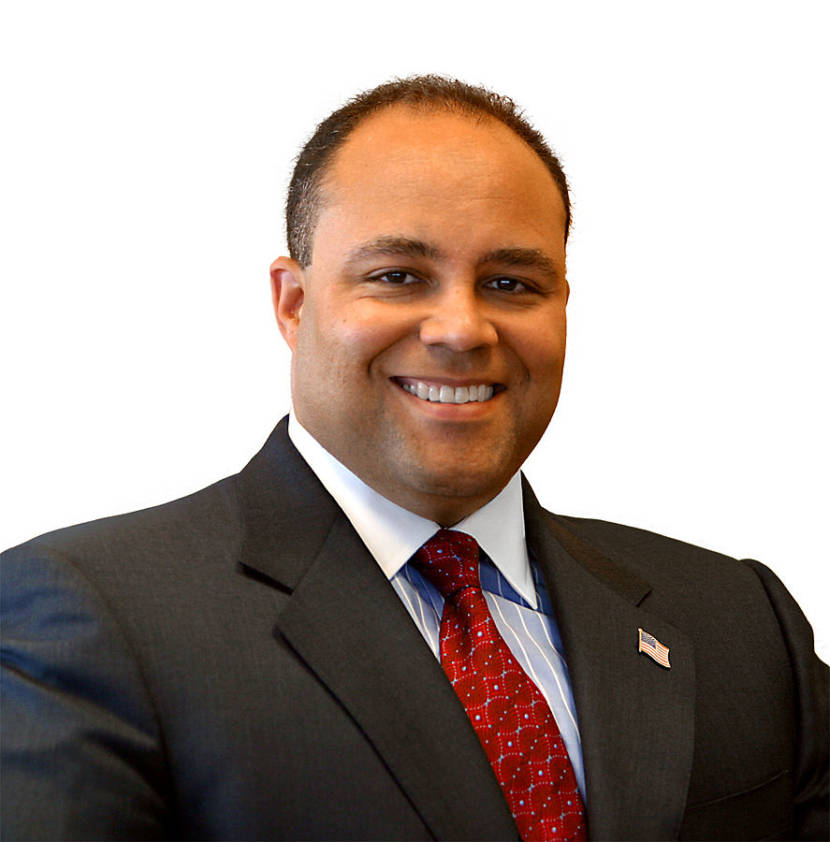 But last year when The Edge did a story on the proposed rule changes, the company, which serves almost all of Berkshire County, simply referred us to a 66-page comment posted on the proposed FCC rule changes by the Internet & Television Association, a trade organization representing cable companies and headed by former FCC chairman Michael Powell.

“It’s a revolving door,” said Wood, who also chairs the Sheffield Board of Selectmen. “You can look at the backgrounds of the people involved. The vote broke down among party-influence lines.”

Wood’s letter was first presented at a meeting of the board of selectmen in Sheffield on August 19 and endorsed by the board. It asks Healey to “immediately file suit” to stop the new rule.

Wood expects the letter, which will be signed with her name as chair of the board of selectmen, will go out in the next few days. Copies will be sent to Warren; Markey; Neal; Gov. Charlie Baker; state Rep. William “Smitty” Pignatelli, D-Lenox; and state Sen. Adam Hinds, D-Pittsfield.