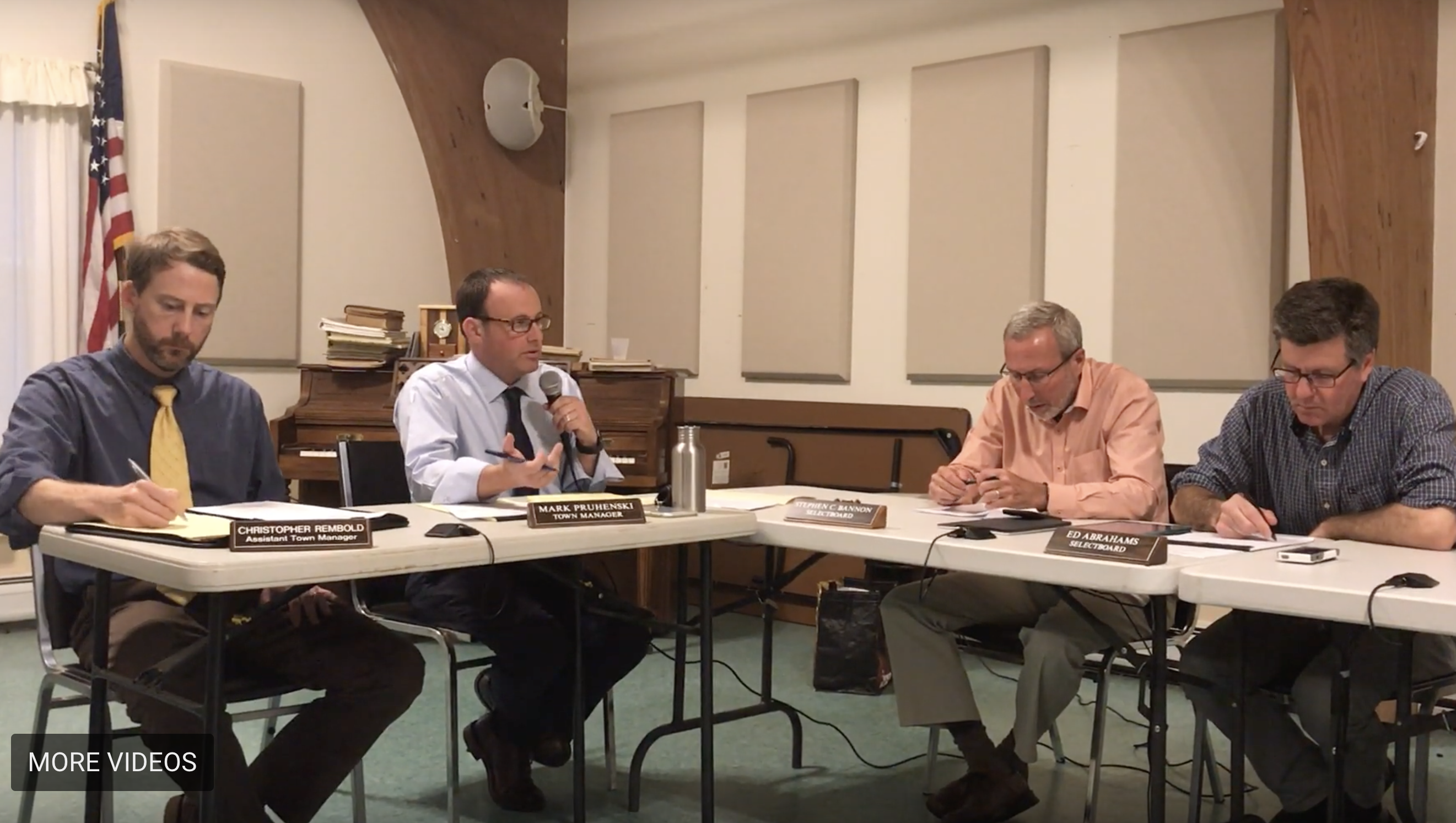 Great Barrington — After hearing concerns from residents and deliberating for 90 minutes earlier this week, a divided selectboard opted for a compromise and voted not to close the battered Lake Mansfield Road this fall, but to repave it and reduce its use to one-way, with the goal of eventually closing it.

That action has now been called into question by the town’s Conservation Commission. At its Tuesday meeting, commissioners debated whether the selectboard’s action skirted the town’s own wetlands protection bylaw.

At issue is the fact that the commission, which, on the local level, enforces the state Wetlands Protection Act, is also charged with enforcing the town’s own wetland bylaw, which is somewhat more stringent than the state law.

“A lot of people probably assumed that since there is a state law, then that was the law,” Jeffrey Cohen, the commission chairman, told The Edge. “But we do have a local bylaw that might say something different from the state law. Everybody, when they want to take an action, should check the town bylaw, not just the Wetlands Protection Act.”

The state act does contain what Cohen called a “minor exception” to commission review for paving in areas governed by conservation commissions, but the town’s own bylaw no longer does. Section 168 lists conditional exceptions in the town bylaw. Paving is not among the exempted activities.

The town’s wetlands protection bylaw was first enacted in 1987 and was revised most recently in 2015. Those changes were approved by voters at the annual town meeting that year. The revision was drafted by Cohen, commissioner Lisa Bozzuto and conservation agent Shepley Evans. Bozzuto could not be reached for comment.

That means that if paving on Lake Mansfield Road, a portion of which directly abuts the lake shore, were to be performed, then it would have to be cleared with the commission beforehand.

The town would, at a minimum, have to seek from the commission a request for determination of applicability and perhaps a notice of intent as well, Cohen explained. Click here to see the difference between the two.

Since the selectboard’s decision was a compromise between closing the road immediately and leaving it open indefinitely to two-way traffic, its action seemed to please no one.

Moreover, it left some bruised feelings. Those who wanted it left the way it is were upset and those who wanted it closed were miffed as well. In a four-page report dated June 18, the Lake Mansfield Improvement Task Force had recommended the permanent closure of the road by November 15 and the road’s replacement with a recreation path in that corridor.

Indeed, a few days after receiving that report, the selectboard voted to accept the task force’s recommendation. But this week, the board received a report from town planner Chris Rembold, town manager Mark Pruhenski and Sean VanDeusen, who heads the town’s Department of Public Works.

“Closing the road at this time seems premature in staff’s opinion,” Pruhenski told the board after it had read the executive summary (click here to read it) of staff’s recommendation. “We suggest a thick coat of asphalt and defer the official closing date until a future time.”

At the Monday selectboard meeting, longtime Lake Mansfield Improvement Task Force member Christine Ward told the board (click here to see her letter) of her personal disappointment with the board’s decision. But Ward was also rattled by the absence of communication from the town to the task force regarding the staff recommendation to keep the road open against the task force’s wishes.

“Task force members were not provided with the September 20th Executive Summary received in your meeting packet nor made aware of the decision of the staff to recommend against the task force recommendation,” Ward said.

“My hope is that this miscommunication was an oversight rather than intentional,” Ward continued. “In the 12 years of the task force’s existence, we have always enjoyed an open, constructive, and collaborative relationship with our hardworking town staff. That relationship has been essential to our work and steady progress.”

Ward further described herself as “extremely uncomfortable” with the statement in the staff recommendation executive summary that “no environmental concerns were expressed at the September 10th task force meeting to justify the closure.”

Cohen, who said he was speaking only for himself, added no one from staff or the selectboard had approached his commission before announcing the decision to keep the road open. He doesn’t know whether it was an oversight or not.

“I think town staff never should have brought this to selectboard without first going back to the task force,” said Cohen, who is also the commission’s representative to the task force. “The way this was handled by staff and by certain members of selectboard certainly interrupts the trusting relationship and the confidence in the process that existed before this happened.”

Pruhenski, who has been town manager since July, told The Edge he did not yet “have a clear answer” on whether repaving Lake Mansfield Road would require review by the Conservation Commission but he had asked town counsel for an opinion and expected an answer in the next day or two.

In the decision not to close the road, Pruhenski cited the lack of a plan to deal with a “turn-around and detour of vehicles” from the sudden closure of the Division Street bridge earlier this month.

Along with the closure late last year of the Cottage Street bridge, closing Lake Mansfield Road would create yet another detour that could prove especially problematic to emergency services. In addition, another closure could occur in the next few months because of a sagging embankment on West Sheffield Road.

Steve Bannon, who chairs the selectboard, confirmed to The Edge that the matter had been referred to town counsel. He acknowledged the bruised feelings among the task force and the commission and pledged to “revisit the process in my mind.”

Bannon added that he and Pruhenski were unsure about whether paving had taken place on Lake Mansfield Road since the revised local wetlands bylaw took effect in 2015.

“I’m sure it’s been patched during that time,” Bannon said. “But it’s not clear whether that would qualify.”

Of the kerfuffle about clearing the road’s repaving with other boards and commissions, Bannon added, “If the Conservation Commission is correct, then we’ll go to them.”

Cohen, an attorney and real estate developer, added that it must also be determined whether Lake Mansfield Road has another protected status. “It’s possible that the road is in a floodplain — certainly within a 500-year floodplain, and maybe in 100-year,” Cohen surmised. “If so, then the minor exemption at the state level no longer applies anyway.”

Like his fellow members of the task force, Cohen counts himself among the opponents of keeping the road open. Members of the task force and environmental advocates say the road is crumbling, asphalt and patch are falling into the water, and the health of the 29-acre lake, classified by the state as a “great pond,” is consequently suffering.