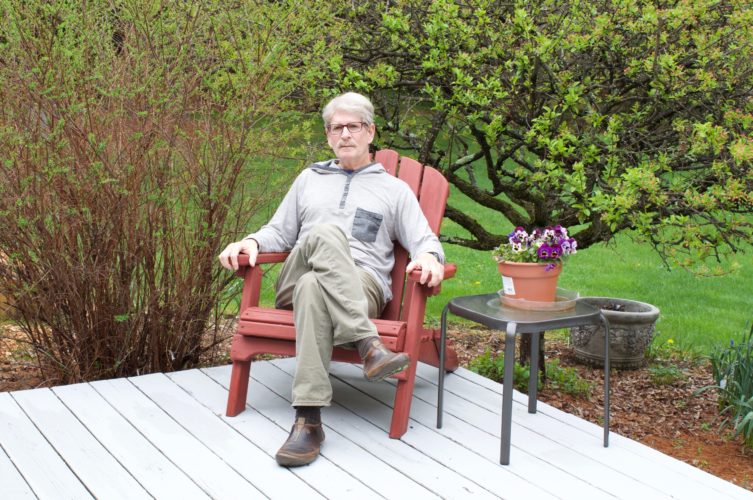 The author at home considering whether to cut his hair.

My wife Jan and I traveled between the Berkshires and New York City weekly to do childcare. As the pandemic was ignored to a large extent by some in power, we lived a few days each week in the epicenter of the deadly storm. Using mass transit, walking the streets of this beloved city, and shopping in its stores was life and business as usual as we took care of our grandchildren during the work week.

When we abandoned the city in early March, as the warnings became more and more dire around the world and across the US, the Covid-19 virus was unknowingly, until then, just about everywhere in the city, and especially in parts of the city that had high concentrations of poor people.

I needed a haircut then, and by the end of May I looked something like a wannabe hippie. I have nothing against long hair because I looked like a hippie in the late 1960s and early 1970s, but I was also political. I like nothing more than seeing some old photographs of the music festival called Woodstock, or those of the young in general because along with that long hair sometimes came strong political commitments to social change.

These days, I still am committed to that societal change, but at some point the long locks just don’t look so great anymore, but that is only my personal point of view.

I began watching videos on YouTube, and while I’m the first to admit that there’s nothing like the skill and training involved in a salon cut by a certified hair stylist, an investment in a good set of clippers and a stainless steel pair of cutting shears achieved what I would call a passable result. With some confidence accumulated by my first cut with the help of my wife (the back of a person’s head is fairly impossible to do alone), I cut my grandson’s hair when he visited, and the result was good. He had also been without a cut since March.

While I am not ready to go to school to learn the professional techniques involved in haircutting, I think having some control over a part of life was something to hang onto at the height of this awful pandemic. It made me feel as if I could at least look somewhat groomed while going out to shop or for a walk or run.

The pandemic has taught some awful, hard lessons to many and tragic ones to others.

Howard Lisnoff is a freelance writer.