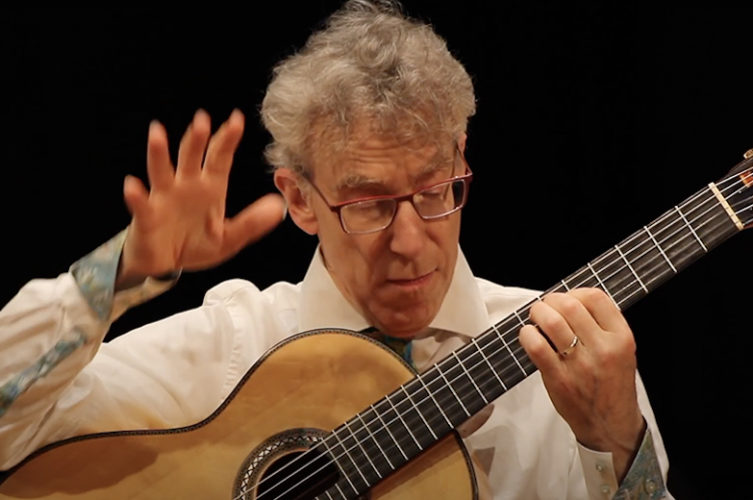 GREAT BARRINGTON — If variety is the spice of life, then Close Encounters With Music (CEWM) is epicurean. At 6 p.m. Saturday, Feb. 26, CEWM will present a program of baroque and folk music at Saint James Place, with selections running the gamut “from High Baroque to village dances, South American indigenous flavors and ethereal liturgical music, and from the jig to Gypsy dances.” Cellist and CEWM artistic director Yehuda Hanani will be on hand to deliver a brief pre-concert talk before he takes his turn on stage along with guitarist Eliot Fisk and contralto Emily Marvosh. Composers include Bach, Villa Lobos, Monteverdi, Handel, Couperin, Rameau, and Vivaldi.

Eliot Fisk is known as much for his transcriptions as for his guitar playing. He transcribed for guitar the complete solo lute, violin, and cello works of J. S. Bach, along with works by Scarlatti, Paganini, and others. Fisk calls Yehuda Hanani his “long lost brother.” The two have been collaborating for decades on such projects as the Boston Guitarfest. Fisk has performed in many CEWM concerts with Hanani and has given master classes in guitar for the CEWM-sponsored High Peaks Festival.

Emily Marvosh has gotten a lot of good press from around the Boston area. In particular, the Boston Musical Intelligencer and Boston Globe have given her consistently high praise. The former wrote that Marvosh “communicates like a gifted actress in tones of polished amber.” The Globe wrote, “Marvosh’s Agnus Dei was staggeringly gorgeous.”

But why Emily Marvosh for this program? Because her breadth of experience equips her to venture far beyond the limits of standard classical music repertoire, as her work with the Lorelei Ensemble illustrates well.

Berkshire concertgoers are familiar with Close Encounters Artistic Director Hanani. On this program he will perform J. S. Bach’s Cello Suite no. 5 in C minor and two pieces accompanied by Fisk on guitar.

The highlight of Saturday’s program could very well be a selection of three lieder by Franz Schubert, “Heidenröslein,” “Wandrers Nachtlied II,” and “Der Musensohn” — unless you prefer something more contemporary. In that case, you might like the “Four French Folk Songs” by Matyas Seiber.

Tickets are $52 at the door. Tickets for on-demand streaming are $28. (CEWM will send you a private link to view the concert one week after the performance.)