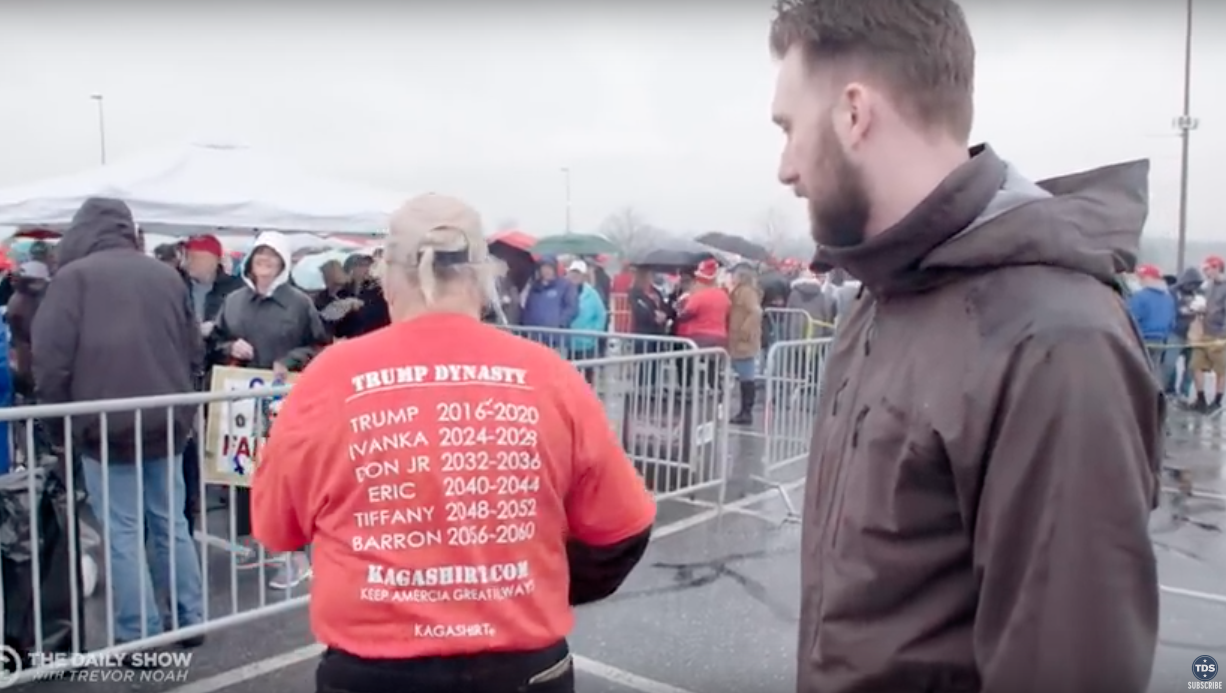 The 1980 movie “Coal Miner’s Daughter” told the story of country music legend Loretta Lynn, one of eight kids born to a Kentucky coal miner in Butcher Holler, Kentucky. She got married at 15 and had six babies in quick succession, composing songs while gardening and cooking. In one scene I’ve never forgotten, just before her first public performance at a dance hall, her husband, “Doo,” tries to coax her out of the bathroom where she’s holed up in a stall, terrified to sing in front of people.

Loretta retorts, “Don’t call me that! I might be ignorant, but I ain’t stupid!”

That’s the line I still remember, and the distinction I need to keep relearning. Good schooling doesn’t make you smart; it makes you knowledgeable. We — elite-educated liberals — are pleased to think of uneducated people as dismissably dumb. This lets us off the hook and goes part of the way to explaining why we’re so vilified by so many.

Stupidity — “behavior that shows a lack of good sense or judgment” — would seem to be well-distributed throughout all socio-economic and education levels, races, genders and religions. We have Ivy League graduates to thank for the Iraq War, the 2008 recession, the opioid and vaping epidemics, and the acceptance of invitations to Jeffrey Epstein’s post-conviction dinner parties.

Ignorance — “lack of knowledge, education or awareness” — is often the result of poverty and inadequate education. It most definitely does indict us.

But how much easier to see the MAGA masses who can’t read or count as having chosen their state. How much more convenient than acknowledging that advanced literacy and numeracy is still a shared, public responsibility, the provision of which requires financial sacrifice we’re not willing to make.

Trumpers are fair game for ridicule — the last acceptable ridicule holdouts, in fact— if they’re idiots too lazy to go to school, since you can’t do anything for lazy idiots. If such sentiments were expressed in liberal circles about undereducated members of racial minority groups, “cancellation” of the offenders would promptly ensue, and worse. As it is, if I had a dollar for every cruel online comment I’ve seen in the past three years mocking Trump supporters for their lack of education, I could buy four dozen red hats.

Our problem goes back to the Constitution, because the word “education” isn’t included in its pages. The states were supposed to set up their own standards and systems. These systems have not “iterated” with the times. There are thousands of reasons for that, all born of the fact there exists no enshrined national ideal stating that Americans ought to be well-educated.

Some would argue that no one is well-served by schools today, but it’s indisputably lower-income kids of all races who fare the worst. In 2019, the vast majority of our public colleges are enrolling high school graduates who arrive unprepared for higher education. This lack plus, of course, the inability to pay, means nearly a third of college students drop out during or after their first year, with many more following.

It’s easy for the elite college-educated to forget just how many millions of Americans are left out of the higher education club they belong to. College completion, like performance in grade school, has much to do with the education level of one’s parents, the economic circumstances you’re born into, and how seriously your K-12 school takes equity, but club members attribute their success to hard work and grit. In fact, a college student today is more likely to graduate if he’s rich and dumb than if he’s poor and smart.

Suggestions that rich folks contribute more to equal the playing field have not, historically, gone anywhere. Thomas Jefferson, in his “Notes on the State of Virginia” in 1781, pitched the idea of 20 poor, bright boys, “raked from the rubbish annually, and … instructed at the public expense.” His wealthy would-be sponsors ensured that noble idea went nowhere.

In similar fashion, 234 years later, President Obama proposed eliminating the 529 accounts through which families like mine accumulate tax-free savings for college. Obama wanted to divert the savings to needier citizens. The idea was shot down not just by Republicans, but Democrats like Nancy Pelosi who represent lots of wealthy 529 account holders.

Which brings me to college-educated Jordan Klepper, comedian and correspondent on “The Daily Show.” He, like the rest of us, has hardened in the last three years. In 2016 he interviewed Trumpers in a spirit of mild mockery, like he really was trying to understand where his crazy countrymen were coming from. He’s back, in Hershey, Pennsylvania, and still mocking, but now he’s plainly deploring the deplorables. From his 6-foot-4 perch, he strides down sidewalks like a mounted invader marauding through the commoners’ gathering spaces, torching the simpletons with a smile.

Here he is arguing with a jolly senior about the math on the man’s homemade T-shirt predicting consecutive presidential terms for all the Trump offspring. Spoiler alert: The jolly senior can’t count.

He roams about asking, “Have you read the transcript?” Spoiler alert: No one has. He forces one young man, who reminded me of a functionally illiterate high school graduate I know, to stammer, “I..I mean I’ve read most of it, but you know, I don’t have time for impeachment, all that bullshit, you know….”

Klepper doesn’t miss a beat. “How long have you been waiting out here for Donald Trump?” he pushes.

Way to sock it to the underemployed.

At the most poignant moment of his revelry, Klepper bounds up to a sweet, soft-spoken girl selling buttons and wearing a green Baby Yoda T-shirt that says, “Great America Keep.”

“Oh, I get it,” he deadpans. “It sounds like something Donald Trump would say. Or Yoda. I suppose they have similar syntax.” Spoiler alert: She’s as likely to get a joke about syntax as she is to make a living wage selling buttons in a parking lot.

She responds with a shy smile, “We’re not all great speakers.”

Go pick on someone your own status. Satire should challenge us, not implicate us in taking candy from a baby, or dignity from a kid who might not have much to spare.

No more broadcasts from the freak shows. It’s too easy. Seek out interviews with the caterers serving Trump’s $100,000-a-plate fundraisers. Crash a meeting of the anti-tax Club for Growth with a group of kindergarteners from the South Bronx, the poorest congressional district in the country, and ask to use the bathroom, since the kids don’t have a working one in their school. Hang around a yacht club in West Palm Beach giving out free cigars and see what you can find out. Let’s hear from the legions of tax-break-loving, racist-tolerating, ignorance-dependent Trump fans who wouldn’t be caught dead wearing a red hat in public.

Let’s agree to stop aiding and abetting Trump in growing his fan base among those who rightfully resent having their intelligence insulted, when it’s not intelligence that’s lacking.