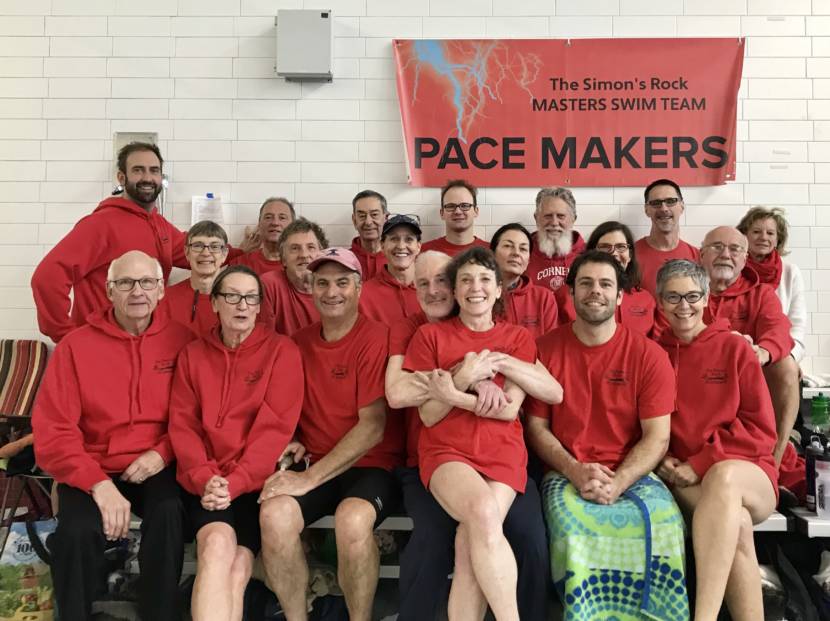 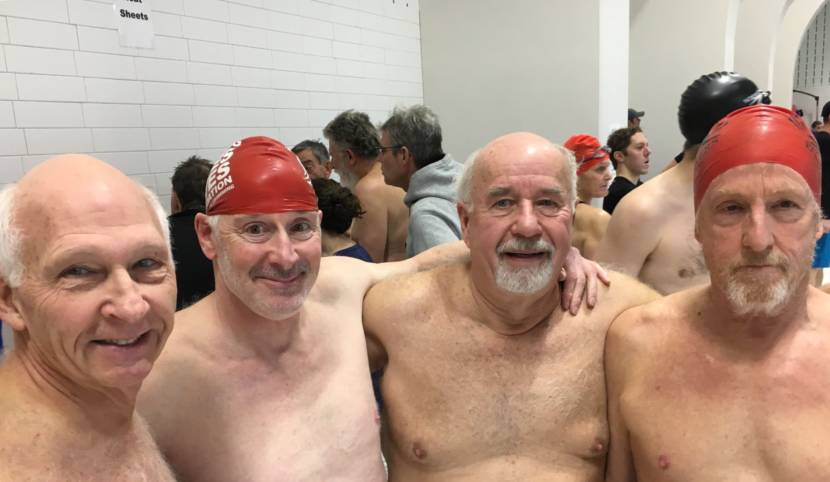 Eighteen Pace Makers competed in dozens of events during the weekend along with teams from throughout the New England region. In the medium-sized swim club category, Pace Makers placed sixth among 10 teams, with 1073.50 points. Great Bay Masters from New Hampshire scored more than 1,700 points to win.

Pace Makers who competed range in age from 32 to 76; there are more than 70 Pace Makers in the Simon’s Rock masters club. 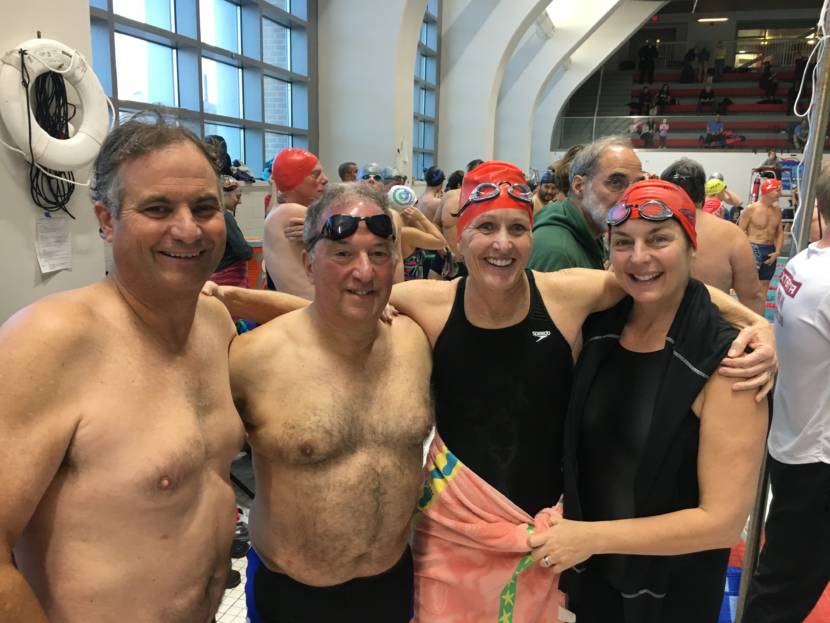 See video below of Cheryl St. Pierre-Sleboda, 50-meter butterfly, topping her time of two years ago by a full second:

See video below of the Pace Makers cheering section encouraging Ray Zelehoski in his breaststroke race: