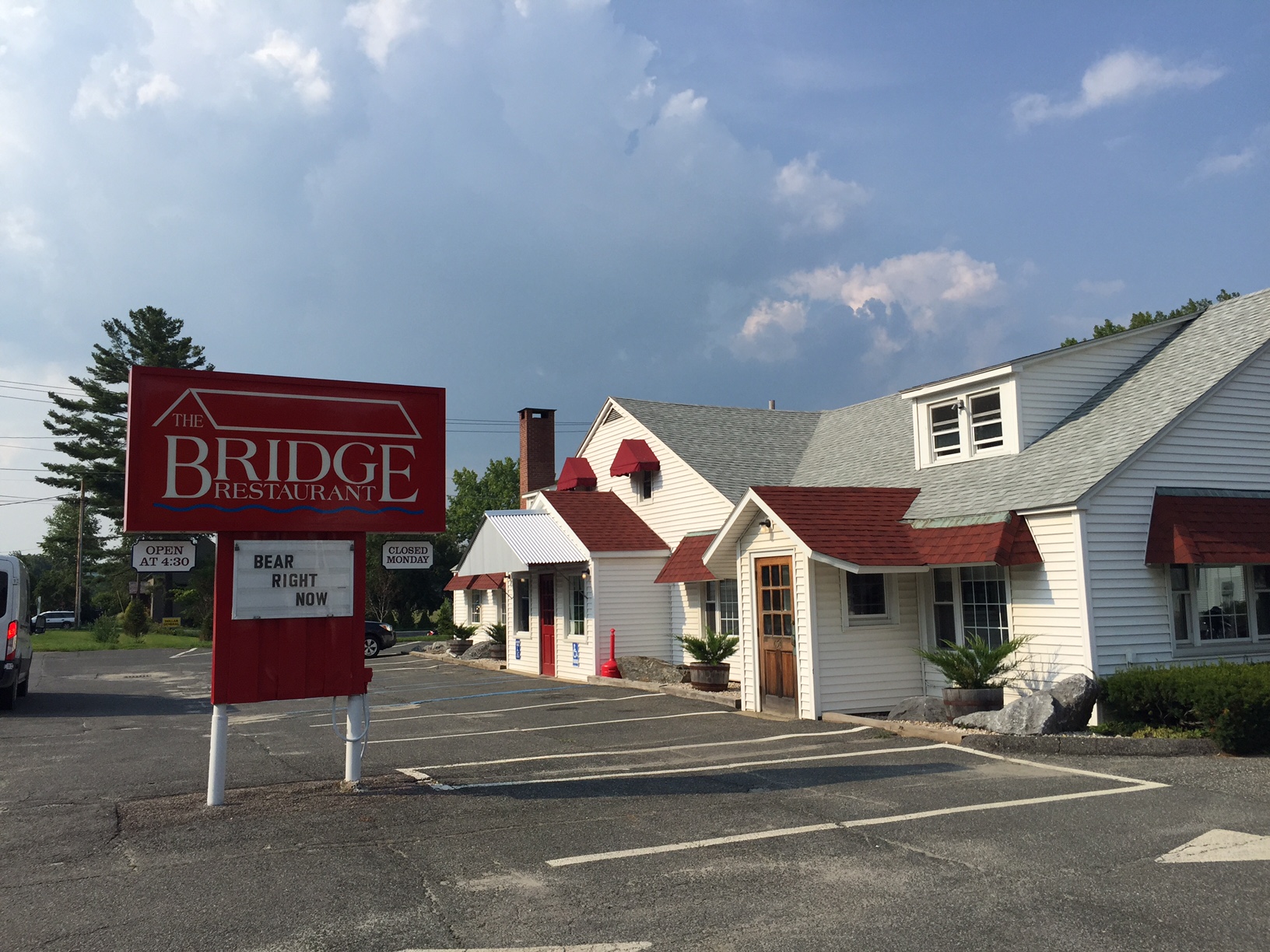 Sheffield — If you store used grease from your restaurant in a container out back, Ace Grease Service, an oil rendering company in Illinois, has some advice for you.

“If you encounter a grease thief, do NOT approach them. Instead, write down their license plate number and immediately call the authorities. Be sure to call us as soon as you can, too!”

What is a rampant national problem of cooking oil theft found its way to the Berkshires last week when the owners of Bridge Restaurant in Sheffield awoke at 8:15 Sunday morning (August 9) to find a white box truck with New York plates parked behind their restaurant, where they also live.

There were three men, the truck, and a hose inserted into the used frying oil container.

“My wife woke me up and I knew immediately and called 911,” said Michael Dutton, who with his wife Cindy, has owned the restaurant for almost nine years.

“They told my wife they weren’t doing anything wrong,” Dutton said. “They said they were just cleaning out the tank.”

Sheffield Police put out the alert, and Great Barrington Police caught up with three New York men near the Great Barrington Fairgrounds. Federico Ferreira-Germosen, 30, and Jonathan Garces, 21, both of Yonkers, along with William Garciarosario, 24, of New York City, were charged with Receiving Stolen Property and Possession of Burglarious Tools.

“The police said they had all the paraphernalia,” Dutton said. A large oil container, along with a hose used to suction up the oil “like a wet vac,” were later found in the truck. Police say they also confiscated a pipe wrench and a power drill.

Garces was held without bail because he is wanted on an outstanding arrest warrant from Yonkers. Feriera and Garciarosario were held on $200 bail. The three will be arraigned in Southern Berkshire District Court this Thursday (August 20).

Dutton, who has an agreement with Western Mass Rendering in Springfield, said that he noticed a white truck similar to this one on the property about eight months ago.

“I just didn’t get up quick enough or get a license plate,” he said. “The truck had some dubious company name written on it.”

Dutton estimates that the thieves stole about 700 to 850 gallons of used fryer oil. Great Barrington Police reportedly found about 1,300 total gallons in the truck.

“They had map of places they were hitting,” he added. “This has to be worth their while.”

Dutton and the police officers involved may have felt like they had stumbled into a Coen Brothers movie. Not so. The popularity of biodiesel for use in diesel-run cars has surged, and even lard now has its own extensive black market.

For environmental reasons, used oil can’t just be thrown away, says Rendermagazine.com. And this “common waste” can be converted into “a versatile and valuable industrial material…in the manufacturing of soap, detergents, and other chemicals.”

And, “It is most widely used as an additive for livestock feed where it provides important nutrients and improved palatability as well as reducing dust from handling the feed.”

American Energy Independence Company (Amenico) of Pittsfield, N.H., makes non-petroleum-based products, and refines the oil from all Applebee’s restaurants in Massachusetts and Rhode Island, as well as restaurants all over southern Maine and part of Vermont. Amenico Sales Representative David Hughes says that right now, it’s a tough way to make a living.

“With oil prices down many restaurants have stopped paying all together,” Hughes said. “We can’t make much money now. Oil prices are hurting us tremendously. If you get it for nothing you can sell for a little. It’s not very profitable even for the guys stealing it.

Yet Hughes says that he, too, has grease thieves in his midst. “We know who it is but we haven’t been able to catch him.”

Some restaurant owners take on thieves themselves, Hughes said. “One saw guys pumping out his containers. He drilled holes in the bottoms of their drums.”

Restaurants everywhere have become targets. Protecting the oil with motion detectors isn’t worth the cost for most businesses.

“I’m probably one of the only times they got caught. We happen to live there. But I don’t check daily.”

Representatives from Western Mass Rendering did not return calls. Police were unavailable for comment.