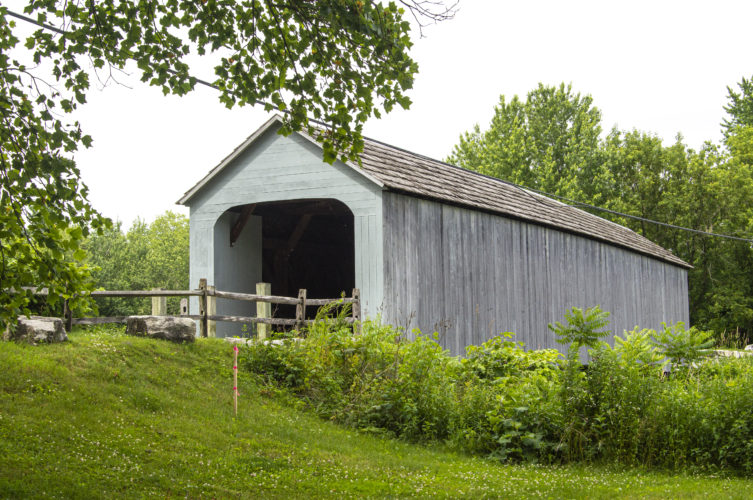 The town of Sheffield lies just north of the Connecticut  border in the Housatonic River Valley, with gentle mountains on both sides. It’s only 100 miles from New York’s Central Park as the crow flies, or two and a half hours by car, and it’s where the Berkshires  officially begins.

After  almost 300  years, it’s still a rural town with a comfortable pace of life.  Second homes both new and old mix in nicely with working farms. Part of the town lies along Route 7, and the charming village of Ashley Falls is  just a few miles to the southwest. The  Colonel John  Ashley  House there, where the enslaved Mum Bett (later Elizabeth Freeman) lived before suing for and winning her freedom in 1781,  is a stop on the  Upper Housatonic  Valley  African American Heritage Trail. At this writing, in mid-August, the grounds of the Ashley House are open, but not the house itself.

Sheffield is also home to visitor-friendly  Big Elm Brewing  and the Berkshire Mountain Distillers  (both offer tours and tastings), a prominent clay works, and a surprising number and variety of antiques dealers. At the moment, Big Elm Brewing is open for takeout only. Berkshire Mountain Distillers is open 11 a.m. to 5 p.m. daily for tastings outside but no tours. There’s always something going on at  Dewey Memorial Hall, an impressive fieldstone and marble structure on the Sheffield green, but right now it’s all outdoors. The  Stagecoach Tavern, as its name implies, got its start in an earlier age; now it’s a place to go not only for food and drink but jazz and events; it’s part of the Race Brook Lodge cluster of buildings in a woodsy setting off Route 41.  Stagecoach Tavern is currently open for outdoor dining Thursday through Sunday, 4 to 8 p.m., and Race Brook Lodge is open for lodging.

If you like your music with strings attached, you might like to visit the  Magic Fluke, where they make ukuleles, banjos, violins, and more. The shop is currently closed to visitors, but orders are being accepted by phone and online. Many visitors head straight to the  Marketplace Café  on Elm Court in the center of town, currently open Monday through Saturday 8 a.m. to 4 p.m. and Sunday 9 a.m. to 4 p.m. for indoor and outdoor dining and takeout. The chef-owners created a popular catering business in 1993 — the first such farm-to-table enterprise in the Berkshires — and have branched out into four “retail” locations, each with its own style (the others are in Pittsfield and Great Barrington).   Bash Bish Brew and ‘Que on Main Street has permanently closed, but rumor has it that a new pizza place will be coming in. And, should you get a yen to go fishin’, visit the new home on Main Street of Berkshire Bass for tackle, apparel and guided tours.

They legalized it: Sheffield is the site of Massachusetts’ first licensed outdoor cannabis growing facility,  Nova Farms, “boasting  80,000 square feet of sun-grown, organic cannabis canopy,” according to the company. Cannabis canopy is simply the extent of contiguous vegetative growth — like the rain forest, but with marijuana. Theory Wellness is also undertaking outdoor cultivation at Sheffield’s Equinox Farm, well known as the first organic market garden in western Massachusetts. And a new retail and cultivation facility called The Pass is now open on Main Street (Route 7) north of town. In Sheffield, the times, they have a-changed.