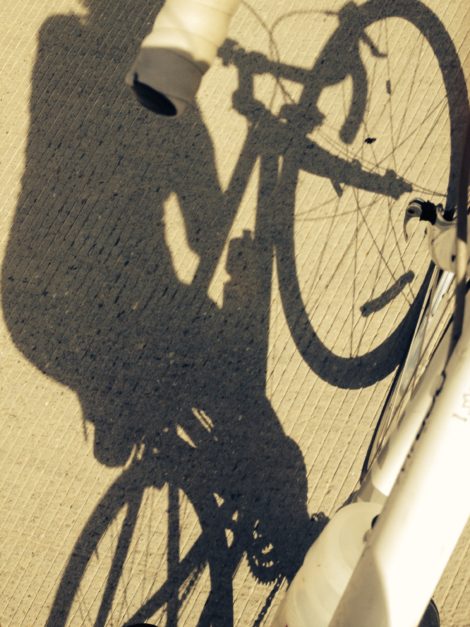 We love cycling in the Berkshires. The breathtaking Berkshire roads we explore on two wheels are often the same roads explored by our visitors in cars. The views make us say to ourselves, or to our riding pals, “Can you believe we live in this place?”

Most of the time, cyclists and drivers get along just fine. But some drivers (and cyclists, for that matter) are poorly versed in sharing the road. Drivers wonder why that cyclist up ahead isn’t riding tightly inside the white shoulder line on the road. Cyclists go slightly wild and hostile when drivers feel the need to lay on their horns as they approach us, as if we are engaged in some reckless, illegal road crime. Sometimes fingers get brandished, and well, that’s just not nice.

On the other hand, a driver who asks a local cyclist for directions will be quickly rewarded – we know our way around and can direct you off the beaten paths and onto secret, scenic backroads. We are friendly folks, we are typically high on adrenaline, and we love imparting our road smarts about the Shire. Around here, most of us ride for enjoyment, fitness and camaraderie, where in cities, cycling is a commuting routine.

And cyclists are vulnerable – to you, the vehicle driver. The National Highway Transportation Safety Administration reported that, in 2014, 726 cyclists were killed on U.S. roads (8 in Massachusetts) and 50,000 were injured nationwide. Most fatalities happened in non-intersection crashes, and 31 percent died in intersection-related crashes. Half of fatalities occurred in broad daylight. And in 65 percent of fatalities, the car driver was stone-cold sober.

The etiquette of road riding is fairly clear, and here’s how we do it.

Here’s how we hope drivers will do it:

Accidents happen – but so do nice mutual exchanges between cyclists and drivers. We cyclists hope we can inspire you to ditch that car for a Berkshire afternoon and get out on your bike, or a rental bike. It’s a great way to see our area – and the scenery passes in slow motion, for more indulgent enjoyment. Not sure where to go? Ask a cyclist.

— Emma Goldman
Read next: Herbs for every season: The Berkshires' first botanical CSA