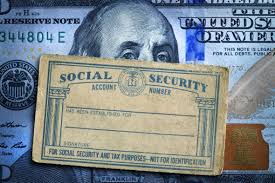 Nearly two years ago my identity was hacked from my Social Security account. A super vigilant member of the Pittsfield Social Security office spotted the offense as we were trying to figure out what was amiss. Apparently, this happens quite frequently as armies of computer whizzes spend their days poring over Social Security records figuring out how to break in.

The months that followed were filled with many trips back and forth to the Pittsfield SS office and waiting endlessly on the phone for someone who could be helpful as I eventually proved that I am, in fact, me. After a year and a half, things were finally set right. Or nearly right. The SS office insisted that, even though I was the innocent victim of this crime and had done nothing wrong I owed $2,500. And even though they fully admitted (in person, never in writing) that I did not actually owe this money, they insisted that if I did not pay it they would cancel my Medicare benefits. They further admitted that the bill was actually theirs to pay, not mine, but they refused to do that. 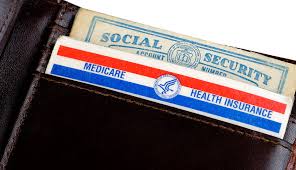 As I can’t afford to lose my Medicare benefits, I paid the $2,500, but not without the conviction that they had messed with the wrong woman. And then I set about trying to right this injustice.

I am one of the lucky ones. I could afford to write this check. What if I were the sole supporter of a family, working a minimum wage job? Or couldn’t navigate the labyrinthine system that can easily make you feel quite beaten down? Or didn’t speak English?

Representative government? OK, let’s put it to the test. The day after writing the check I sent off an email explaining my dilemma to my U.S. Senator Elizabeth Warren and my congressman Richie Neal asking what could be done. I heard from Senator Warren’s office within 48 hours. The very impressive Nyanna Slaughter from the senator’s Springfield office took down the details of the case and said they would go to work on it. Over the past three months she called me every other week to let me know that they were on the case but there was still no resolution. This week I spotted a mysterious deposit of $2,500 into my checking account and the next day received a letter from Social Security acknowledging the deposit and copying Senator Warren’s office. No explanation, just a deposit.

When I called Nyanna to thank her, I asked how I might be helpful in acknowledging her work. She insisted that “that’s just what we are here to do.” Again, I am one of the lucky ones. That woman working the minimum wage job might never have been able to navigate her way to Senator Warren, Nyanna and this resolution.

All in one experience I had the opportunity to see the best and worst of our government at work. I already knew that I am persistent and determined. But my heart goes out to those who would have been victimized not once, but twice.

I have yet to hear from Congressman Neal’s office.