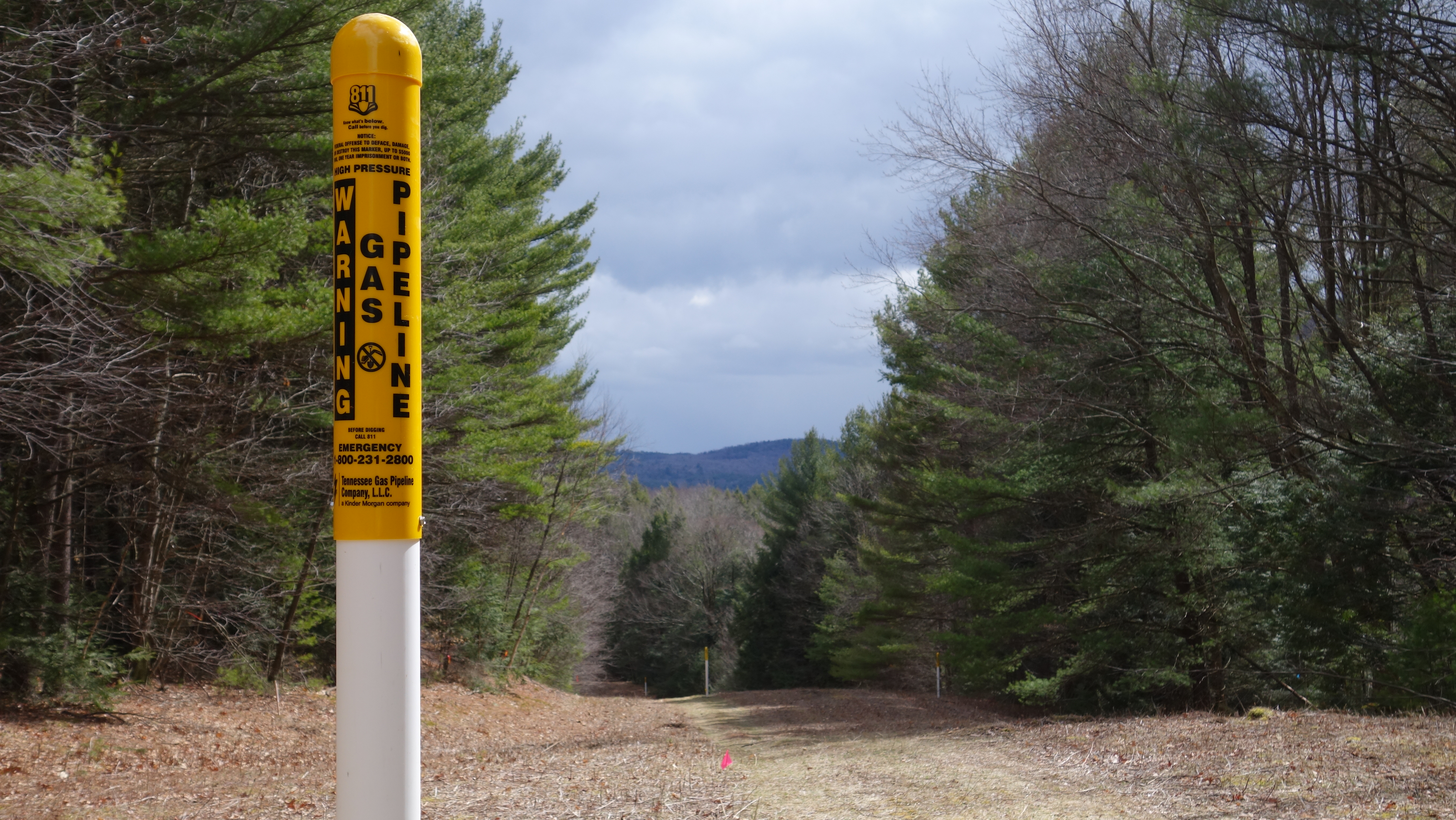 Washington — Massachusetts U.S. Senator Elizabeth Warren last week wrote a strongly worded letter to Wendi Weber, Regional Director of U.S. Fish & Wildlife Service, urging the agency to stop Kinder Morgan from cutting trees beyond the agency’s October 1 to March 31 cutting period, noting the potential effect on migratory birds and bats and other federally protected species that roost in a large swath of Otis State Forest, a preserve protected under Article 97 of the Massachusetts State Constitution. (See a reproduction of the letter below.)

The gas pipeline goliath wants to put a third pipeline along an established route in Sandisfield. To do so would involve clearing a 6-mile section of forest for the company’s Connecticut Expansion Project, a storage loop that would serve Connecticut, and would be part of the larger, also controversial, Northeast Direct (NED) pipeline system.

Warren also said Kinder Morgan’s request for an extension beyond March 31 should be denied since it is still unclear whether it and subsidiary Tennessee Gas Pipeline Company will be able to take state owned land by eminent domain, land protected by the state constitution under Article 97. The entire matter got the attention of the state Attorney General’s Office, and goes back to Berkshire Superior Court in Pittsfield this Friday (April 15) 1 p.m. Even the Federal Energy Regulatory Commission (FERC) put the brakes on Kinder Morgan’s rushing forward, and said it needed to know that the company was not in violation of local and state rules.

Kinder Morgan lawyers say if the cutting doesn’t happen by June 1, the entire expansion project is threatened or doomed.

“I am troubled by Kinder Morgan’s attempts to circumvent federal and state requirements and demand hasty approval of tree clearing and other potentially damaging activities,” Warren wrote.

Warren further expressed concerned over species considered “threatened under the Endangered Species Act” that “rely on trees in the area for habitat during the warmer months.” And, she wrote, “Massachusetts has experienced a warm spring, and allowing tree clearing outside of the specified timeframe would likely disturb protected species that have already roosted in the area.” 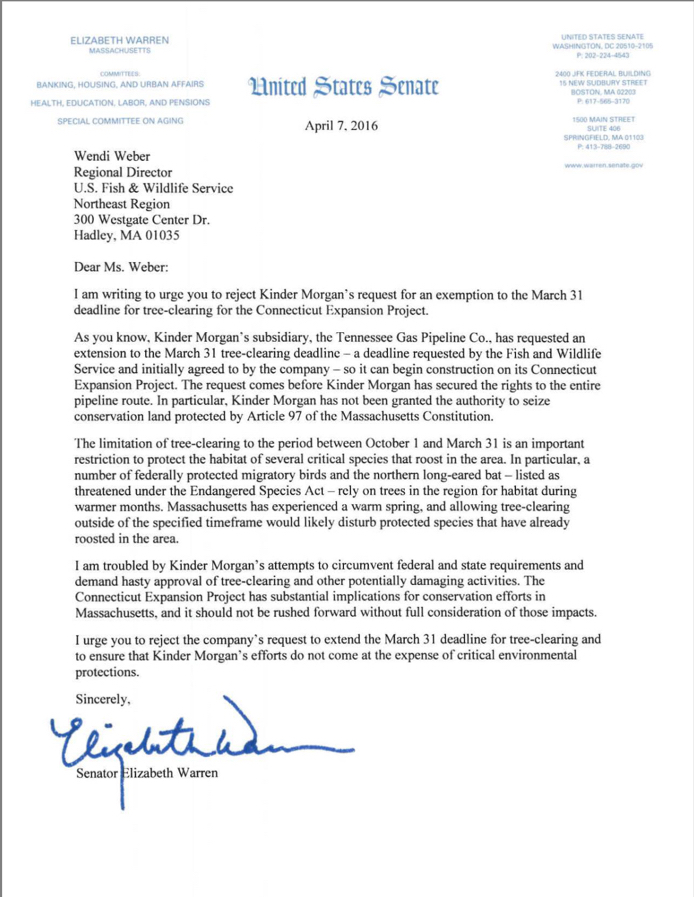 U.S. Fish & Wildlife Northeast Region spokesperson Catherine Hibbard said her field office is “finalizing a response” that is still in the works, but should be done by Tuesday evening. She said the hold on an official statement was “to make sure we’re not ahead of the field office.”

Pignatelli calls the Connecticut Expansion Project “the forgotten pipeline,” since activists pay so much attention to the larger NED. But what happens in Sandisfield, he says, will set a precedent about eminent domain that will affect larger pipeline issues.

“To have her on board with us is really important,” he added. “We made her aware and she’s now addressed it.”