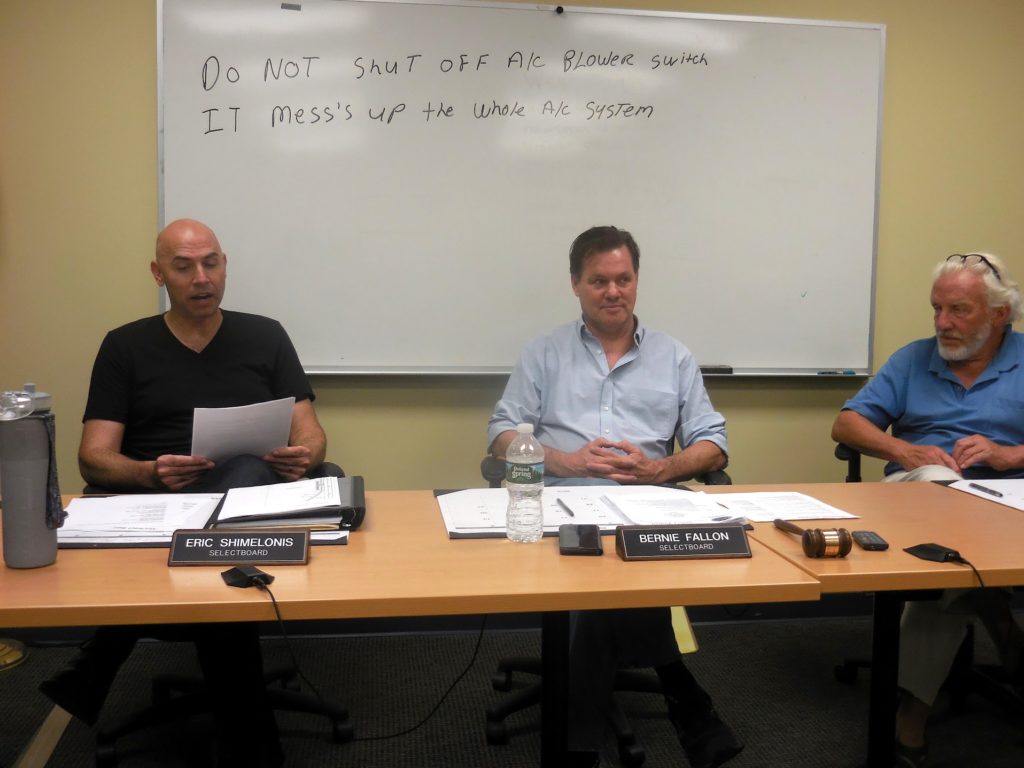 West Stockbridge — Years of wrangling over the operations of the town fire department came to a head Wednesday night at an emotionally charged meeting in which elected officials and townspeople debated the fire chief’s fitness for office.

Members of the West Stockbridge Fire Department showed up in force at an Aug. 14 select board meeting to support the department and its chief. Photo: Terry Cowgill

According to the agenda, the discussion was scheduled to take place in executive session with town counsel David C. Jenkins in order “to discuss the discipline or dismissal of, or complaints or charges against, a public officer.” But Skorput quickly waived his right to have the discussion take place behind closed doors, as state law allows when a municipal body deliberates about town employees.

The logic behind Skorput’s strategy quickly became apparent as about a dozen fire department volunteers lined the exterior wall of the meeting room in Town Hall as a show of support. Some of them were clearly angered by Shimelonis’ complaints.

In anticipation of the rancor, select board Chairman Bernie Fallon appealed for calm, adding that he wanted “to set a goal for tonight to be positive. As a town and as neighbors, we need to come out of tonight’s meeting stronger than we were coming in.”

See video below of the discussion of the West Stockbridge Fire Department:

At issue is a 2016 report by Municipal Resources (MR), a municipal consulting firm based in Meredith, New Hampshire, that raised serious questions about management and finances in the 12-member fire department. Click here to read MR’s fire services management letter and here to view the administrative review.

Allegations of mismanagement in the department began in 2016 when Lt. Jim Hallock of the fire department drafted a letter to the select board complaining of a “steady decline of leadership” and outlining other problems he saw within the department. Hallock further alleged that Skorput often missed calls, drills and trainings because of conflicts in his schedule 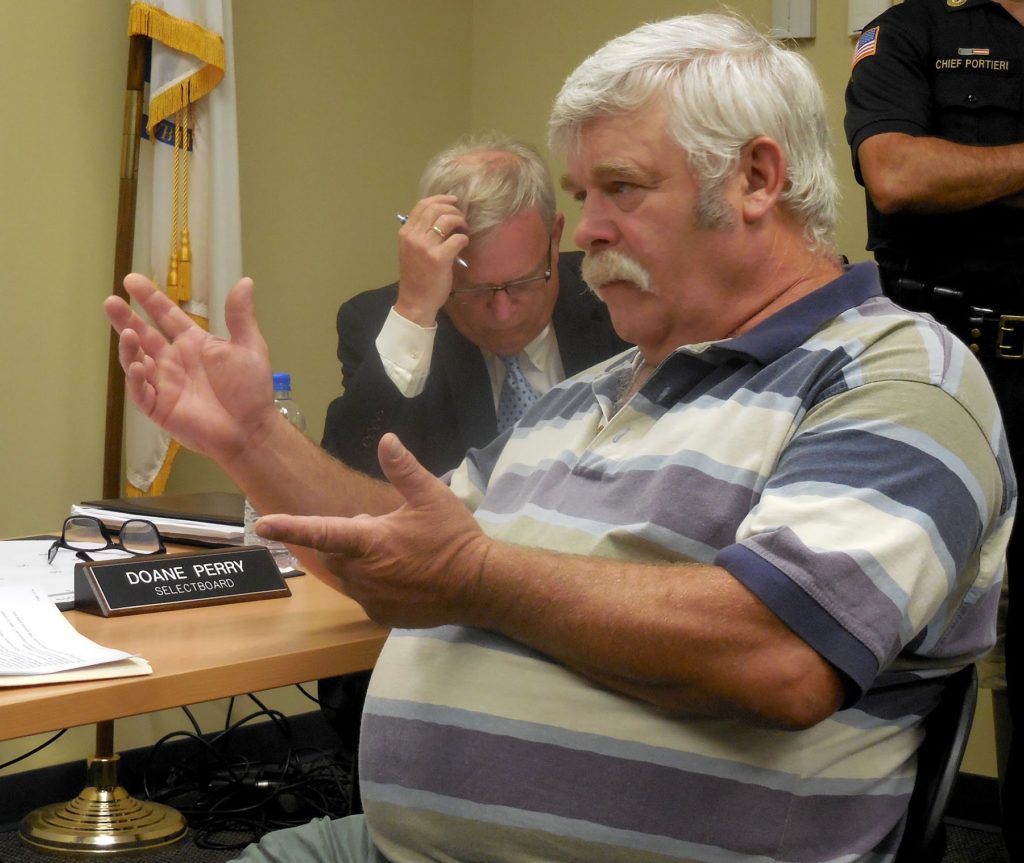 West Stockbridge fire chief Peter Skorput defended himself against the accusations at an Aug. 14 select board meeting, dismissing most of them as ‘exaggerations.’ Photo: Terry Cowgill

For his part, Skorput, then also a selectman, reportedly accused Hallock of being politically motivated, engaging in “exaggeration and outright lies” and he branded Hallock as a “disgruntled member of the department that wants to be the chief.”

The dispute led the town to hire MR, which was contracted by the selectmen because, MR said, they had “become concerned with a perception that administrative functions within the department are not being addressed, turnover of personnel, response times have become elongated and that sufficient personnel are not responding to emergency calls.”

The report, which cost the town almost $10,000, also noted the lack of standard operating procedures and problems with the volunteer department’s nonprofit arm, which members call “the association.” The treasurer of the association resigned, for example, and refused to return key paperwork after leaving. Later, the association temporarily lost its tax-exempt status.

In addition, several members lack appropriate certifications and the report recommended the department transition from all-volunteer firefighters to those who are paid per-call. The report also cited lapses in bookkeeping and incident documentation, along with “internal strife” that reduced membership. Shimelonis further called out Skorput for allowing junior firefighters to ride in fire trucks, a policy that runs counter to best practices. 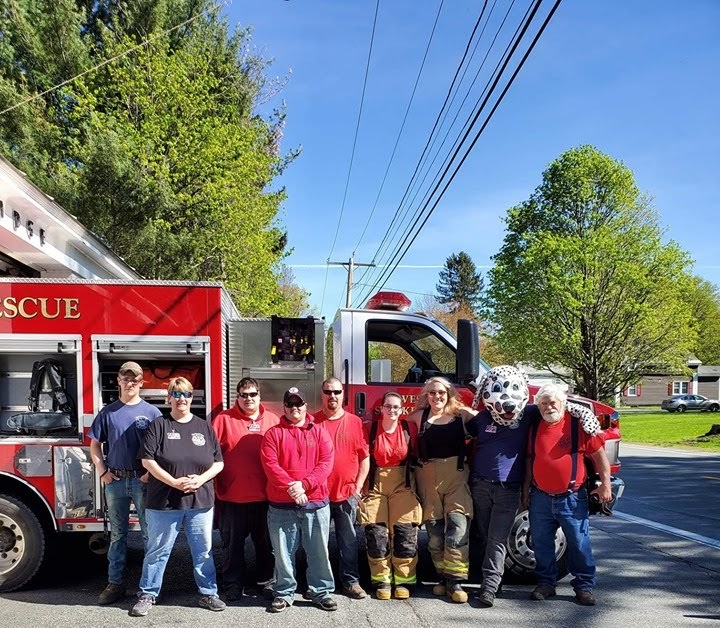 Shimelonis, a musician and composer who moved to West Stockbridge with his wife and child in late 2016, joined the fire department as a volunteer but later resigned for reasons he did not specify. Earlier this year, he announced his candidacy for the select board and narrowly defeated Skorput, who has served the fire department for 35 years, by a margin of 179-145. Shimelonis has also written about the town fire department in the Local Yokel, a town newsletter.

Shimelonis said that before moving to West Stockbridge, he had worked in fire services in Ohio and later in the wake of the 9/11 terrorist attacks after he moved to New York. He said that after he began researching the West Stockbridge Fire Department upon becoming a member, the first thing he ran across was the MR report, which Shimelonis said “knocked the wind out of” him.

“I acknowledge [Peter’s] long career of service to this town,” Shimelonis said. “I’m in the tough position of rising in this town to speak to the functioning of the emergency services. It’s not a comfortable or joyful position to be in.”

Town highway superintendent Curt Wilton, who chaired the select board at that time, said he viewed the report, which was suggested by an audience member at a select board meeting, as “a learning tool” and that it was a “great idea” — one that Skorput accepted at the time. 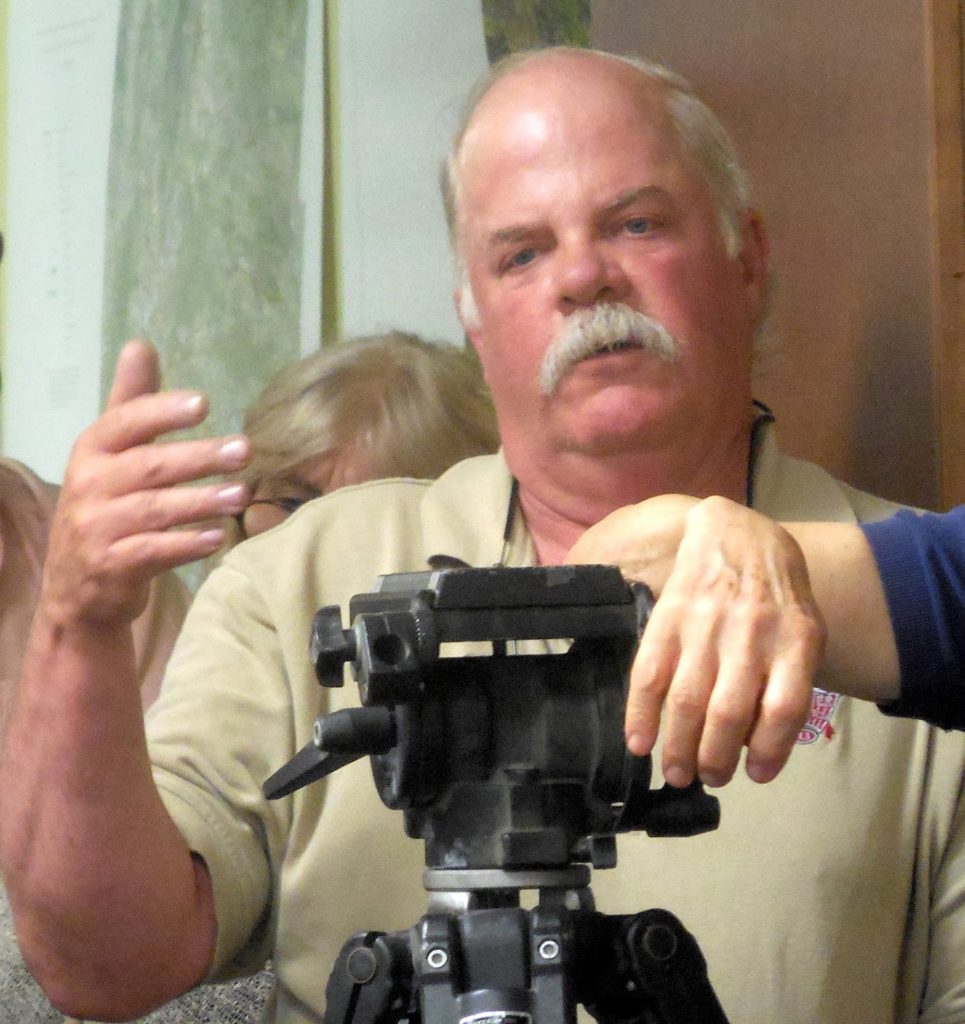 The board started work on a response to the report, Wilton said, “and then elections came.” In 2017 Fallon defeated longtime incumbent Earl Moffatt and two years later, Skorput lost his seat to Shimelonis.

On Wednesday night, Skorput bristled at Shimelonis’ questions, which he took “as an insult” because they made his department out to be “a bunch of haphazard clowns.” Skorput said the MR consultant met with him for half an hour and Skorput was never asked to produce SOPs (standard operating procedures). He dismissed most of the complaints as “exaggerations.”

Moffatt, the former selectman, said from the back of the room that he did not think much of anything has changed since the board accepted the MR report, especially in the areas of record-keeping, hydrant maintenance and “administrative supervision of the department.”

“I sat at that table for nine years and I sat through three meetings like this,” Moffatt said. “I’m standing here listening to the responses from the chief and they’re echoing just what we heard two and more years ago.” 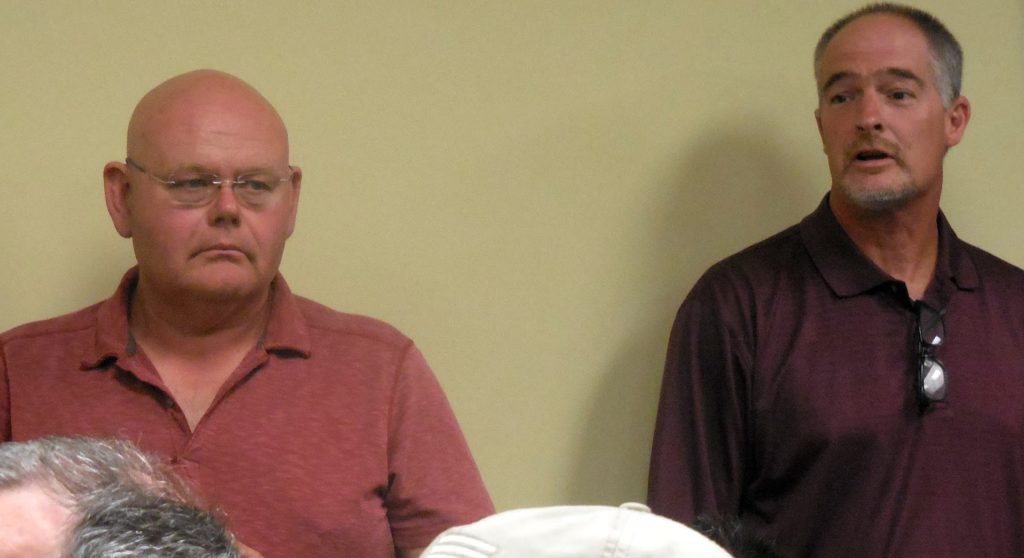 Whenever Shimelonis complained of poor record keeping, firefighters could be heard saying, “Then give us more money.” That prompted resident Jon Piasecki, whose burning house was saved by members of the department, to ask about funding and the possibility of creating a new position.

“If this is such an intense concern for our town, should the select board suggest perhaps additional taxes so that the town pays someone to keep these records?” he asked. “They actually saved my house.”

Shimelonis said he did not think it was a matter of more funding but of “education and SOPs.”

In the end, no decision was made to fire or discipline Skorput. Rather, the town will continue to work to improve the department, though, at 61, Skorput said he was not sure how much longer he wanted to remain chief. His term ends in 2021 and he is paid a stipend of $500 per year.

— Gore Vidal
Read next: IT'S NOT SO SIMPLE: Economic development -- Is your dream my nightmare?*