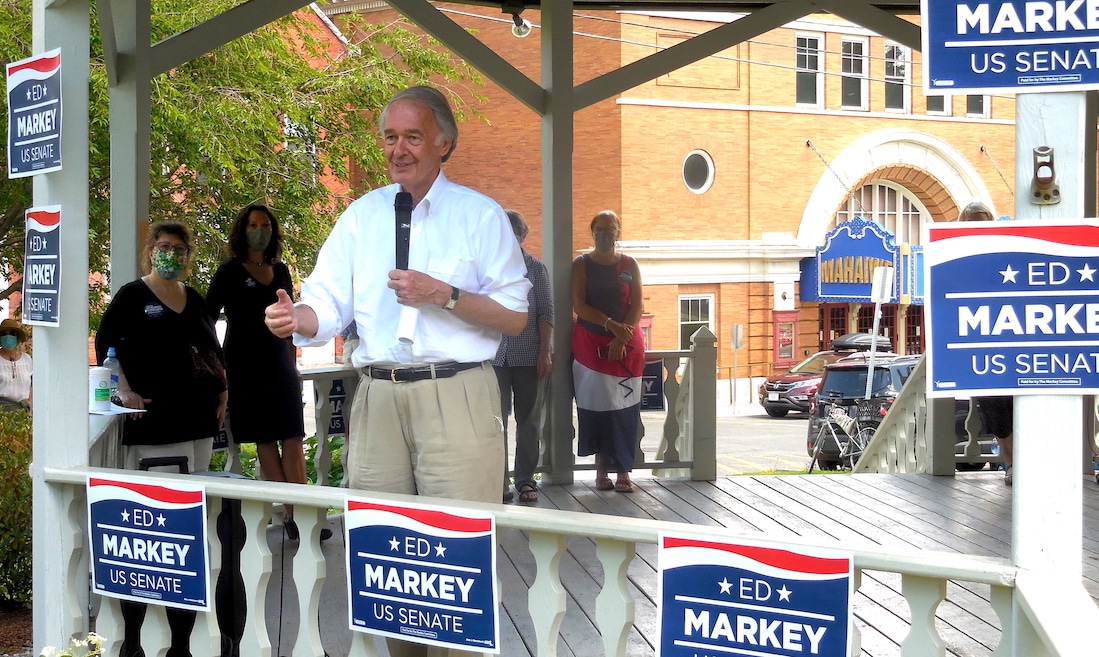 As is common among politicians, Markey arrived half an hour late. He never mentioned his opponent, Rep. Joseph Kennedy III, by name. But he listed numerous accomplishments as he nears the completion of his first term in the Senate after serving 19 terms in the House of Representatives.

See Edge video below of Sen. Ed Markey and the local speakers who introduced him earlier today at the gazebo behind Great Barrington Town Hall:

Reliable polling has been hard to come by, but Markey said in a recent Facebook ad that he is within two points and that a Kennedy has never lost a race in Massachusetts. This week Markey also received a coveted endorsement from the state’s largest newspaper, the Boston Globe.

As Markey and Kennedy duke it out in the Tuesday, Sept. 1, Democratic primary, squaring off for the Republican nomination are Shiva Ayyadurai and Kevin O’Connor. Locally, Ayyadurai is perhaps better known as the provocateur who taunted attendees waiting in line before a July 22, 2018, campaign reelection rally in Great Barrington for Sen. Elizabeth Warren. The ensuing scuffle resulted in the arrest of a Hillsdale, New York, man who tried to grab Ayyadurai’s bullhorn.