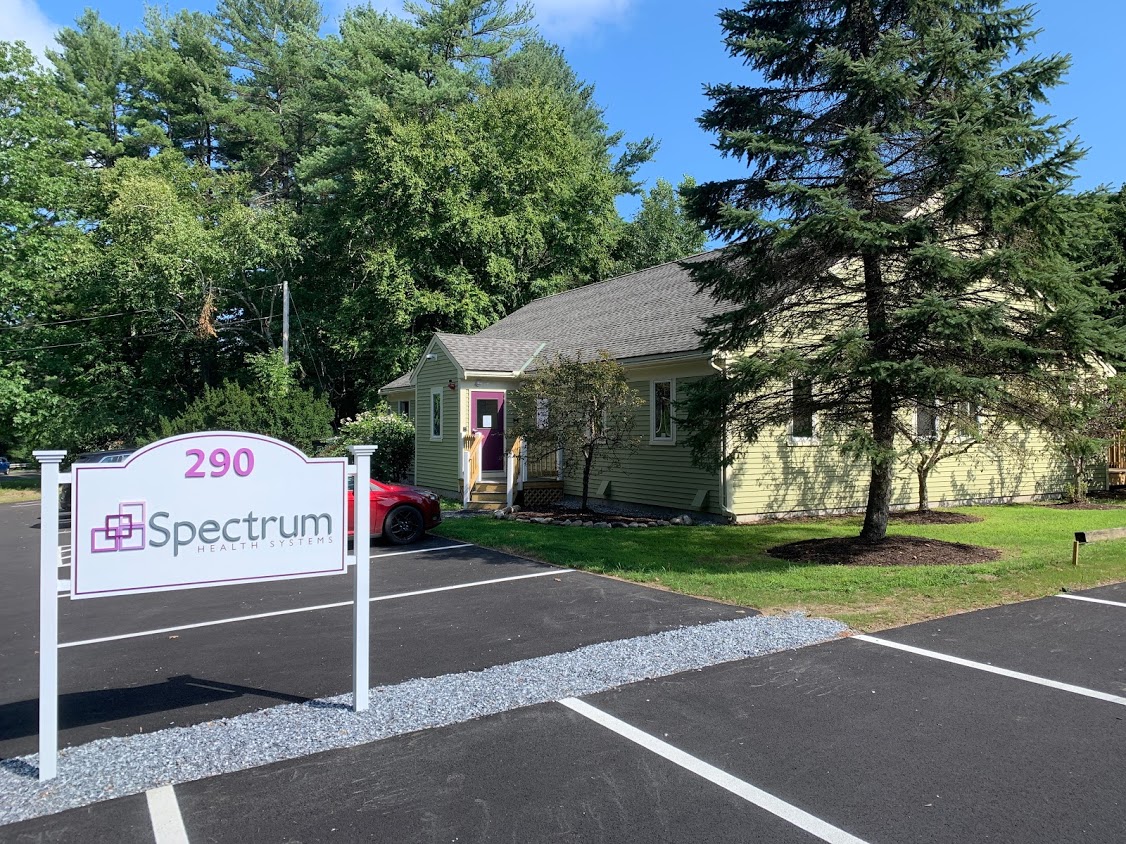 Housatonic — Pleas from area residents for more drug addiction treatment facilities have been answered, and none too soon.

As reported in The Edge early this year, Gloria Jean “G.J.” Hadsell and her husband, John Keresey, decided to close the popular Risingdale Cafe just before Christmas, citing Hadsell’s health, a declining customer base and a reluctance on the part of other family members to run the business.

Enter Spectrum, which had been eying a location in South County for months. The company bought the property for $300,000, according to records entered by the Southern Berkshire Registry of Deeds on Jan. 3.

Spectrum already had two other facilities in Berkshire County — one in Pittsfield and another in North Adams. Earlier this month, Spectrum opened a much-needed drug treatment center in the former cafe.

“We have a number of patients who were driving for their methadone every day from Great Barrington to our Pittsfield office, and that’s quite a long way,” Sherry Ellis, Spectrum’s chief operating office, said in an Edge interview.

Most of those patients were seeking methadone as part of their medication-assisted treatment for opioid or heroin addictions. Ellis said Spectrum, which is licensed by the state Department of Public Health, took a hard look at which areas in Berkshire County are underserved. Southern Berkshire County was one of those areas that was identified.

Ellis termed the former cafe “a great fit.” Spectrum remodeled it into something resembling a doctor’s office and it opened for business about three weeks ago. Patient inflow has been good, though Ellis would not say precisely how good.

“Whenever we open facilities and, again — Spectrum is a nonprofit — we do not expect to be able to recoup our costs over the first year,” in response to a reporter’s question. “If you’re asking if we are getting enough patient output to cover costs, no, not at this time. We do this because our mission is to take care of patients. When people walk through the door, they do so for a reason.”

Smith called opioid addiction “probably the number one health issue of our time.” At that time, Spectrum CEO Kurt Isaacson told The Edge his organization had tracked a relatively small group of patients, 20 or fewer, who were traveling to Pittsfield for treatment and that number simply didn’t support the company opening a treatment clinic in one of the southern Berkshire towns.

But things have changed. Over the last year, Spectrum representatives met with area health providers and, after determining that the community was underserved, began looking for property “in order to serve these patients so that they could be successful in their recovery,” Ellis explained.

“When we’re going into an area, we almost always talk to the community health centers because it gives us a real barometer into what they need and how we can help,” Ellis said.

In addition to medical treatment, patients also receive counseling because, Ellis said, available research shows that MAT works best when combined with therapy, “so all the clients are in counseling, so we use our counselors and therapists to be able to address any issue that might arise.”

There are some other local options. The Brien Center, Berkshire County’s largest provider of mental health and addiction services, does have an office on Cottage Street in Great Barrington. Brien, however, is not focused on treating addiction in the way that Spectrum is.

One of the biggest problems, Ellis and others say, is coping with the stigma attached to mental health and addiction.

“People are coming to these facilities because they are addressing addiction that has created problems for them in their lives,” Ellis continued. “If it were a medical illness that was more commonly recognized, the population would be flabbergasted that people couldn’t go into their own communities and find the treatment that they needed.”

Indeed, the stigma attached to addiction is something counselors are trying to “smash.” One individual is recovering addict Gary Pratt of Sheffield, whose group Smash the Stigma 413, has been working to draw attention to the issue, most recently with an event last October at Memorial Field on Bridge Street next to the Railroad Street Youth Project, an organization that was itself established in response to a series of drug- and alcohol-related deaths in the 1990s that drew attention the tragedy of young people and addiction.

“I know Spectrum has only been open for a short period of time, but the buzz in the recovery community has been nothing but positive and I havent heard anything negative so far,” Pratt said in an interview.

Pratt said that, based what he has seen since last year’s Smash the Stigma event, he thinks that addiction awareness “is actually taking hold in South County and this stigma has been reduced at least a bit, enough where people talk about it and they are a little more welcoming because they understand that addiction runs across all socioeconomic parts of society and it affects everybody.”

A 2018 study by the Massachusetts Health Policy Forum, an organization based at Brandeis University, pointed to a perplexing trend. The report, titled “Addressing the Opioid Crisis in Small and Rural Communities in Western Massachusetts” and unveiled almost a year ago at Umass Amherst, found that in 2018 — even as statewide deaths dropped — opioid-related deaths met or exceeded the previous year’s records for all four western Massachusetts counties. Berkshire County, for example, saw a 48% increase.

Observers say the COVID-19 pandemic has invariably made the problem worse. Pratt says isolation for those sheltering at home has become “a huge problem,” in part because face-to-face group meetings geared toward recovery have been hard to organize.

Ellis agreed and noted that alcohol consumption has increased nationwide during the pandemic: “We are seeing an uptick in alcohol treatments for our inpatient centers. When you’re getting depressed and people are home and isolated, there is still easy access. Also, so many mental health issues are getting exacerbated by social isolation.”

“We’ve all been so worried about the opioid epidemic that sometimes you lose sight of the fact that addiction has many faces,” Ellis added.

Pratt, a licensed alcohol and drug counselor who works at Berkshire Health Systems, said he has seen “a constant flow of people coming to the clinical stabilization services in Pittsfield at BMC. We’ve constantly had a waiting list. We are seeing higher recidivism and people are staying put longer.”

The addiction community, Pratt said, “is prepared for the worst because it’s gotten worse, it’s been constant … In my four years working here, it’s been steady, so my biggest concern is that people don’t seek treatment. They will get to a point where they will continue to use until even worse things happen.”

Pratt is also forecasting an “eviction crisis” whereby people lose their homes because their unemployment benefits run out. He is convinced it will create more homelessness and exacerbate the substance abuse addiction problem.

Ellis acknowledged that there was some concern on the part of nearby residents that a drug treatment center was opening in their midst.

“The bottom line is the people who come are coming for treatment,” Ellis said. “The people who come to us are already from Great Barrington, and isn’t it better to have someone coming in to seek treatment and remain in recovery rather than hanging around in a parking lot?”