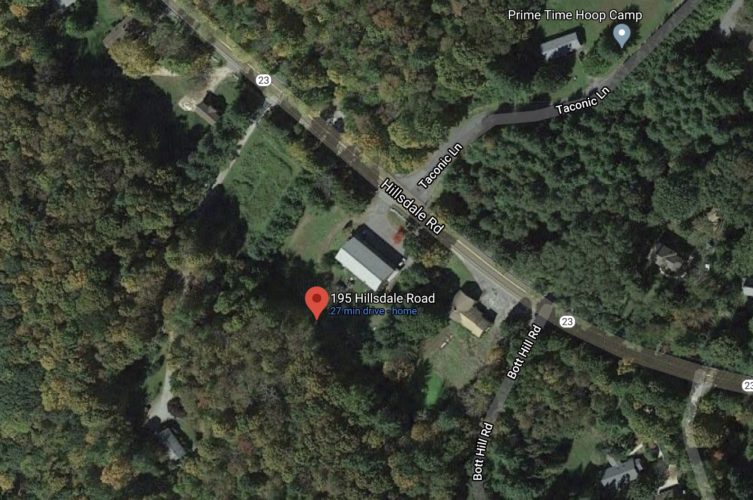 Editor’s note: This story has been revised to clarify the proximity of homes to the proposed site.

Egremont — A second cannabis retailer wants to open a store in Egremont.

Emerald River LLC proposes to open a store at 195 Hillsdale Road (Route 23) on the site of the Home antiques and interior design property. The proposal is still in the preliminary stage, so details are scarce.

As required by the state Cannabis Control Commission, Emerald River has scheduled a community outreach meeting. The meeting will be held via Zoom on Thursday, July 2, at 5 p.m. Click here to read the notice that Emerald provided to the town. Attendees will be able to ask questions after Emerald makes a presentation.

Selectboard member and Egremont office administrator Mary Brazie told The Edge the town has received no further information beyond a proposed host community agreement that was submitted earlier Tuesday. Host community agreements are negotiated between the town and the cannabis applicant and include such matters as impact fees and revenue sharing. Emerald River also asked the town for an abutters list.

There has been a lot of chatter on the Egremont Forum Facebook page about the proposal, the details of which are as yet unknown. Some are complaining that the proposed shop will be in a residential neighborhood. The property is on a state highway and does not abut any homes on Route 23. However, the site is near the intersection with Taconic Lane and Bott Hill Road, both of which are residential in character.

Brazie said almost all of Egremont is zoned residential. Click here to view the town’s zoning map. Egremont is also a so-called “right-to-farm” community, so agriculture is a by-right use in the town’s sprawling general residential district. But a cannabis business wishing to locate in that district would need a special permit, mostly likely from the select board or the planning board.

Section 6.2 of the town’s zoning bylaws stipulate that the special permit-granting authority must find that the proposed use “is essential or desirable to the public convenience or welfare at the proposed location” and “will not be detrimental to adjacent uses or to the established or planned future character of the neighborhood.”

Another cannabis retailer has proposed to set up shop in the town. Egremont residents Ari and Heidi Zorn want to operate a cannabis store in the basement of the Egremont Spirit Shoppe building in downtown South Egremont, where several businesses already operate.

According to Secretary of the Commonwealth William Galvin, Emerald River is owned and managed by Morriss M. Partee of Holyoke. Partee is the former president of Positronic Farms, which was charged last year by Galvin’s office with violating state securities laws, though its founder David Caputo has denied any wrongdoing.

Positronic had an application before the Cannabis Control Commission for a license to grow cannabis at a facility in Holyoke. In October, Positronic’s entire board of directors resigned and the company considered filing for bankruptcy as Galvin’s investigation continued.

Partee subsequently told MassLive he had submitted his resignation to Galvin. Partee is no longer listed on the company website as part of Positronic’s management team, though Caputo still is.

“Now that the company does not have a … practical path forward … myself and the entire board of Positronic Farms have submitted our resignations to the secretary of state,” Partee told MassLive.

Click here to read the Egremont community outreach notice filed by Emerald River. It contains information about how to join the meeting via Zoom, an internet video conferencing platform.