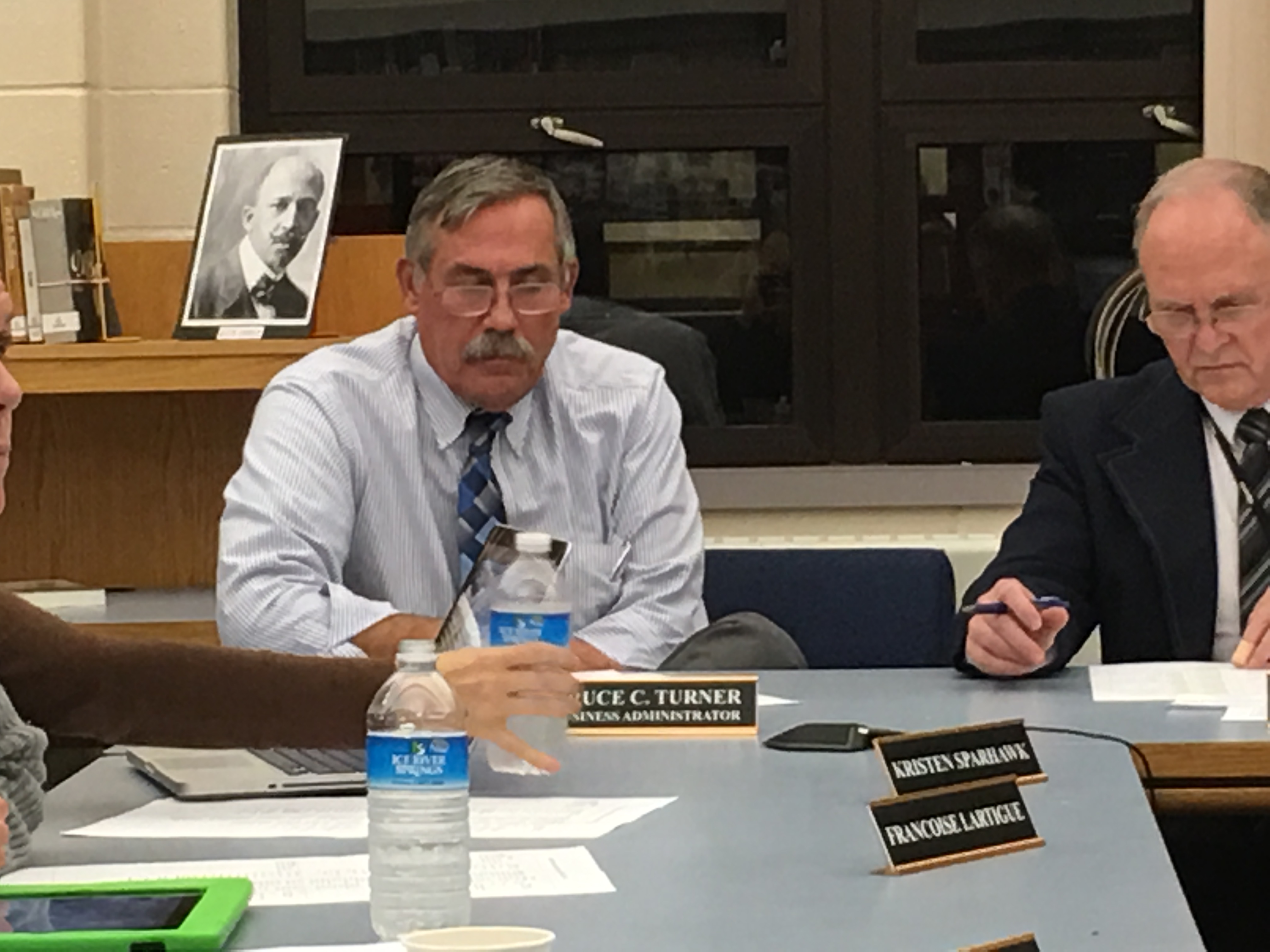 On October 1, the district acknowledged that due to a clerical error, the school district’s assessments approved by the five district towns at their May annual meetings had been incorrect, with Alford, Monterey, New Marlborough and Egremont being overcharged, while Sheffield’s assessment was less than it should have been by $239,871.

An amended budget of $15,207,183 was then prepared and submitted to member towns, incorporating a reduction of school expenditures by $216,000, but that budget, too, the School Committee learned Thursday, had a serious error in it, notably an incorrect figure assigned to Sheffield for transportation costs.

“The fact is we don’t have an amended budget now,” explained Finance Subcommittee Chairman Vito Valentini, referring to the foul-up with the amended budget approved October 1. “It was a clerical error in the transportation assessment. We thought we had crossed all our T’s and dotted all our I’s.”

The School Committee thus had the task of trying again to adopt an accurate amended budget, but before it could consider that action, School Committee member Dennis Sears of Sheffield introduced a motion that was not on the agenda, namely to consider a vote of no confidence in the business administrator and to establish an ad hoc committee that would determine what action to take.

“The impacts from the Business Administrator occur in more than one context,” Sears declared.

Egremont committee member Charles Flynn, while conceding that Turner was fellow Egremont selectman and a friend, objected to the Sears motion, describing it as “a witch hunt.” He also declined Sears’ insistence that he recuse himself from deliberations on the status of the Business Administrator because of his personal relationship with Turner.

Nevertheless, the committee approved the no-confidence motion, with only Flynn in dissent.

Throughout these discussions, Turner sat impassively beside Superintendent David Hastings.

That accomplished, the committee turned its attention to a properly amended budget and the thorny matter of its relationship with member towns.

Weaving through a labyrinth of meeting protocols, the committee approved a new budget – presumably accurate – of $15,207,083 – a hundred dollars less in order to distinguish it from its unfortunate predecessor.

Then, citing advice from Town Counsel Michelle McNulty, Valentini informed the committee that only the town of Sheffield would be required to hold a special town meeting to reconsider the district’s updated assessment, since Sheffield had been the only town that had been undercharged in its assessment, and would now have to make up the difference of $125,609.

If Sheffield does not hold a special town meeting to consider this amended budget, it will be considered approved by default, according to state law, he said.

Further, Valentini warned, if Sheffield does not approve its assessment at a special town meeting within 45 days, the amended budget will fail, and the original budget, with its incorrect assessments, will be back in effect, and that could mean lawsuits from the towns who were overcharged: Egremont, $186,735; Monterey, $143,753; New Marlborough, $5,474; and Alford, $6,247.

“In the event the amendment fails and events revert back to the original approved budget, there is no mechanism within Massachusetts Education Law that provides remedies for any aggrieved town other than ordinary court,” Town Counsel McNulty wrote.

Other than a lawsuit, Valentini explained, the discrepancies in assessments could be settled by the five towns agreeing to amend the regional compact – or by action of the state Legislature.

“The towns could get together to adjust the regional agreement for just this situation, or through the Legislature,” he said. “Otherwise, it could be a court case – and the question is, who sues who?”

That did not sit well with the Sheffield contingent of selectmen, seated before the School Committee. Sheffield demanded the district to reduce expenditures even more in order to erase Sheffield’s obligation.

“We request that the District reduce the budget enough to make all five towns whole,” Sheffield Selectboard Chair Nadine A. Hawver told the School Committee. “The first reduction of $216,000 was found quickly and we were told by administration that other cuts would be found after reviewing the budget again.”

Hawver also complained that communications between the School Committee and the Board of Selectmen had been unfair and inadequate, preventing Sheffield from taking part in discussions between the district and its member towns.

Referring to a meeting called by the district’s Finance Committee that Sheffield officials could not attend, Hawver stated: “We are disappointed that it was your decision to leave out the one town that was negatively impacted.”

She further pointed out that the second certified assessment received on October 8 “contained another error in the transportation portion of the assessment. It has become difficult to rely on the numbers that we received form the District. We are disillusioned by the School Committee’s apparent lack of concern for the continuation of errors related to FY16’s assessment.”

“I really apologize,” Valentini commented. “There are a lot of moving parts in this situation, and it was never our intention to exclude Sheffield. As for the numbers, I’m embarrassed.”