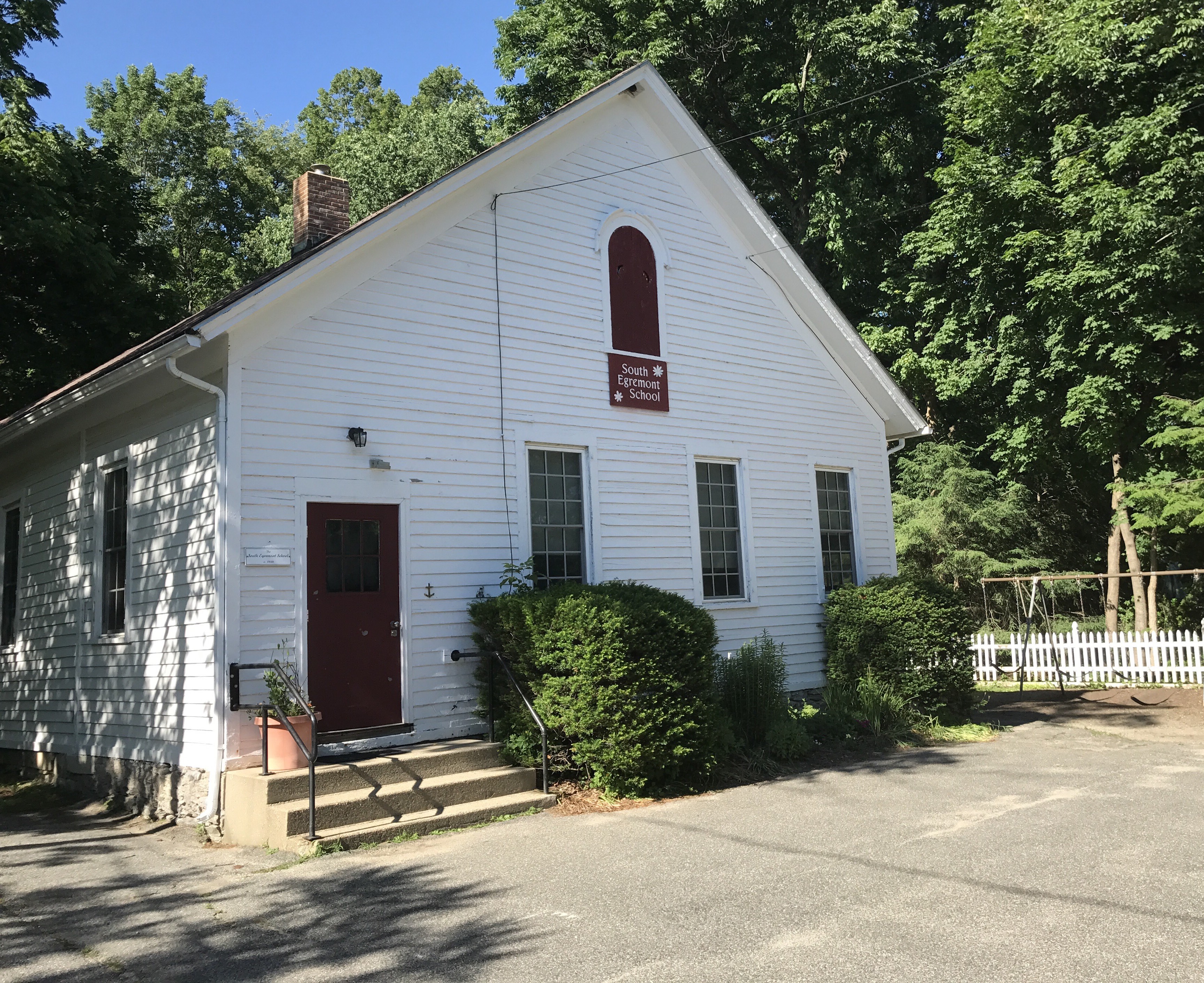 A settlement reached by the Southern Berkshire Regional School District's school committee and the town of Egremont will keep the South Egremont School closed for next year but force the committee to abide by the district agreement if it wants to close it permanently. Photo: Terry Cowgill

Sheffield — After weeks of negotiations, the town of Egremont and the Southern Berkshire Regional School District have agreed to resolve a lawsuit that has threatened to derail the budget process and divide the community.

After meeting separately in closed-door sessions on Monday, June 18, the Egremont Board of Selectmen and the regional school committee agreed to a settlement that would suspend operations at the South Egremont School for 2017-18 as the school committee had planned.

But if the school committee wanted to continue to withhold funding for the school, effectively closing it, then it would have to follow the guidelines for doing so in the district agreement, which dates to the district’s formation in 1953 and mandates specific procedures for closing a school.

School committee Chairman Carl Stewart is traveling in Europe and unavailable for comment. Vice chair Bonnie Silvers of Sheffield told The Edge the committee is “pleased” with the settlement, especially in light of the fact that new superintendent Beth Regulbuto is set to start her job on July 3, replacing the retiring David Hastings.

“We believe the best part is it enables everybody to move ahead,” Silvers said in an interview. “It made no sense for anyone to engage in expensive litigation.”

Bruce Turner, who chairs the Egremont Board of Selectmen, was somewhat ambivalent about the settlement but voted for it nonetheless.

“I still don’t feel we got treated well by the school committee, but this will probably work out okay for us anyway,” Turner told The Edge.

Asked what the upside is for his town, Turner replied that the settlement “forces the school committee to abide by the agreement” and that it has to make a decision on whether to start the procedures for closing the school by Sunday, Oct. 1, or set operational funds aside for the South Egremont School for the 2018-19 academic year.

“They either have to budget for it or go through the process,” Turner said. “If we go forward with the process, we live with the result.”

Turner added that not having the South Egremont School open for the next academic year might be a blessing in disguise anyway. The one-room school was scheduled to undergo $250,000 in renovations, mostly at town expense, but also with the aid of $75,000 in grant funding from the state.

But Selectman Mary Brazie said this week the lowest bidder for the project had to be rejected because the construction company, based in the state of New York, was not DCAMM certified by the state of Massachusetts to work as a contractor for government projects.

Brazie said the project will have to be put out to bid again, probably in July. In addition, the town could lose $50,000 of the state funds that were to be applied toward the project. But now the town will have more time to work on the renovation project without the distraction of having work around the students and staff in the building, she explained.

Built in 1880 in the village’s National Register Historic District, the single-story wood-frame school housed students in kindergarten and first grade. The school had one teacher, who retired at the end of the year, which apparently made the school committee’s decision to suspend operations there easier. The school costs only about $100,000 per year to operate. However, there are 15 students, seven of whom choice in from other districts.

The original 26-page lawsuit, which included three exhibits, was filed in Berkshire Superior Court on April 13 by town counsel Jeremia Pollard. The document sought an immediate and permanent injunction barring the district from “closing or suspending operations with respect to any district schools … until the district has performed all procedures required by the agreement for school closure.” The document stopped just short of asking to leave the district.

At issue is whether the school committee was actually closing the South Egremont School or whether suspending operations constituted a legal closing. The school committee preferred the term “on hiatus.” Pollard and the selectmen believe otherwise.

Silvers said – and the agreement confirms – that, in approving the settlement, the school committee admits to no wrongdoing and continues to deny the allegations in the lawsuit; and indeed, the district had filed a motion to dismiss the suit earlier this month.

At its annual town meeting last month, Egremont taxpayers rejected the SBRSD budget, as did Monterey, where the school committee executed a similar school closing last year. Since the school district spending plan requires approval by four of the five member towns, the district has no approved budget for the next year. A month ago, the school committee voted to send the same budget back to Egremont and Monterey for approval or rejection.

Egremont taxpayers will vote in a special town meeting on whether to approve the town’s approximately $2 million share of the school district budget. Monterey will do the same on Friday, June 30, the day before the new fiscal year begins. Turner said that, in light of the settlement, he is optimistic that Egremonters will approve the spending package and move on.

Two prominent opponents of the school committee’s decision to suspend operations in the South Egremont School told The Edge they weren’t overly optimistic about the settlement.

Charlie Flynn, a former school committee member and former selectman, asked rhetorically, “Essentially, what did we gain by this? Basically you’re just reiterating what should have been followed in the contract.”

“I’m disappointed,” Flynn said in an interview. “I don’t think it really does anything to help the parents and the students we are supposed to serve … we’re more interested in saving money than building strong communities.”

Susan Bachelder, who chairs the town’s historical commission and is a proponent of the tiny community schools, said, “Any document is as strong as the good will and creative thinking of the parties supporting it.”

“The now clearly failed concept of consolidation offered by this school committee as a way to control costs must be revisited,” Bachelder said. “With no thought to the impact on the communities themselves, school closure is now also being shown as economically damaging to small communities such as Egremont and Monterey.”

“I believe the tide has turned and history is on our side now,” Bachelder added. “We will see what they believe.”

Newly elected Selectman George McGurn, who campaigned for office voicing skepticism about keeping the school open, nonetheless pronounced himself happy with the settlement.

“The upside is that the litigation is over and I’m sorry it ever got off the ground,” McGurn said in an interview.

McGurn added that, this year, there were three students from Egremont in kindergarten and four in first grade. On the other hand, the Mount Everett regional campus in Sheffield was built to house roughly 1,000 students but currently only houses about 600 so it has plenty of excess capacity.

“Preserving charming, 19th-century education is not one of my goals,” McGurn said. “We should take advantage of this year to examine what went on in there.”

McGurn said he is not opposed to preserving the building, but its utility as a modern school is suspect. He suggested it could someday house a daycare center or perhaps an educational training center or business incubator.

The Egremont special town meeting will be held Thursday, June 22, at 7 p.m. in the Mount Everett Regional School cafeteria.