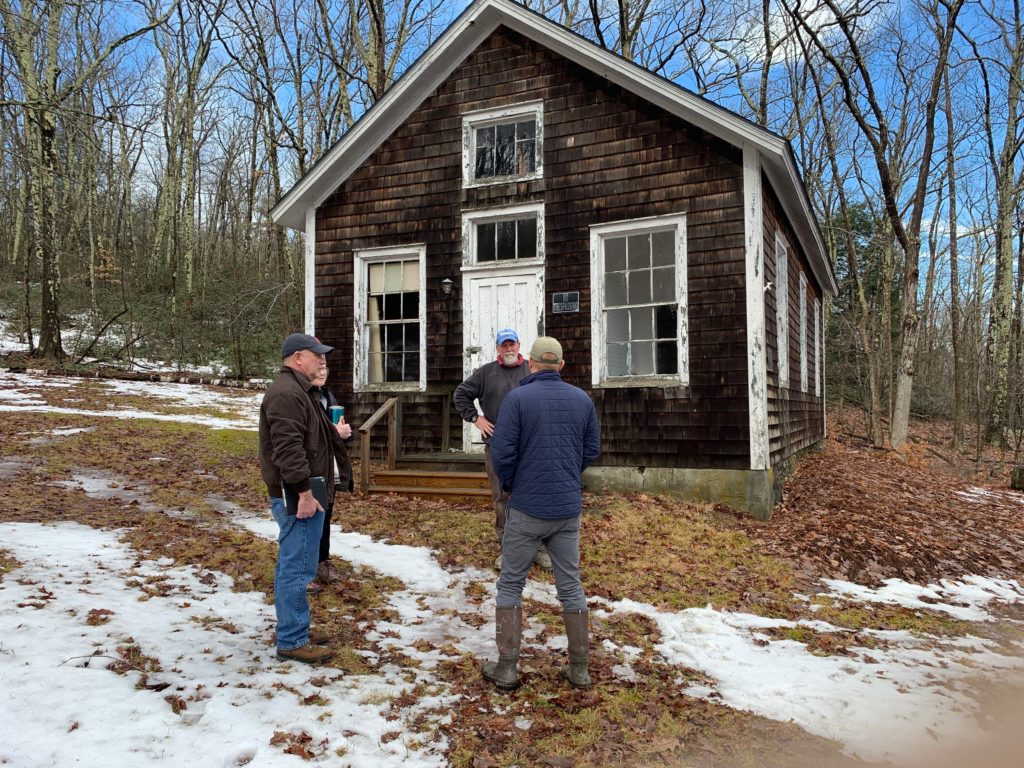 Hans Bergmann
Residents of Mount Washington in front of the town's North Schoolhouse discuss moving it to a new location.

Saving the last schoolhouse in the Berkshires’ smallest town

Mount Washington — The smallest town in Berkshire County is roiled. School always gets people involved in politics but, in Mount Washington, it’s the schoolhouse itself—the 151-year-old schoolhouse. In the 19th century, the town’s population was double the present 170, and there were three one-room schoolhouses, known by their locations: the South Schoolhouse became a private house years ago, the Crossroads Schoolhouse was taken down, but the North Schoolhouse still stands.

And it’s the North Schoolhouse that has gripped the town’s imagination. Neglected and unused, it sits on West Street, too close to the edge of the road with no parking, absorbing the flow of water down the hill behind it. It is, in other words, doomed to rot if it stands where it is.

So if rotting isn’t an option, what else can be done? The building could be moved. There’s a site at the town center; the church and the Town Hall, the only public buildings, are across from land the town owns, and the schoolhouse could be moved there to stand on a new foundation, refurbished yet unchanged. 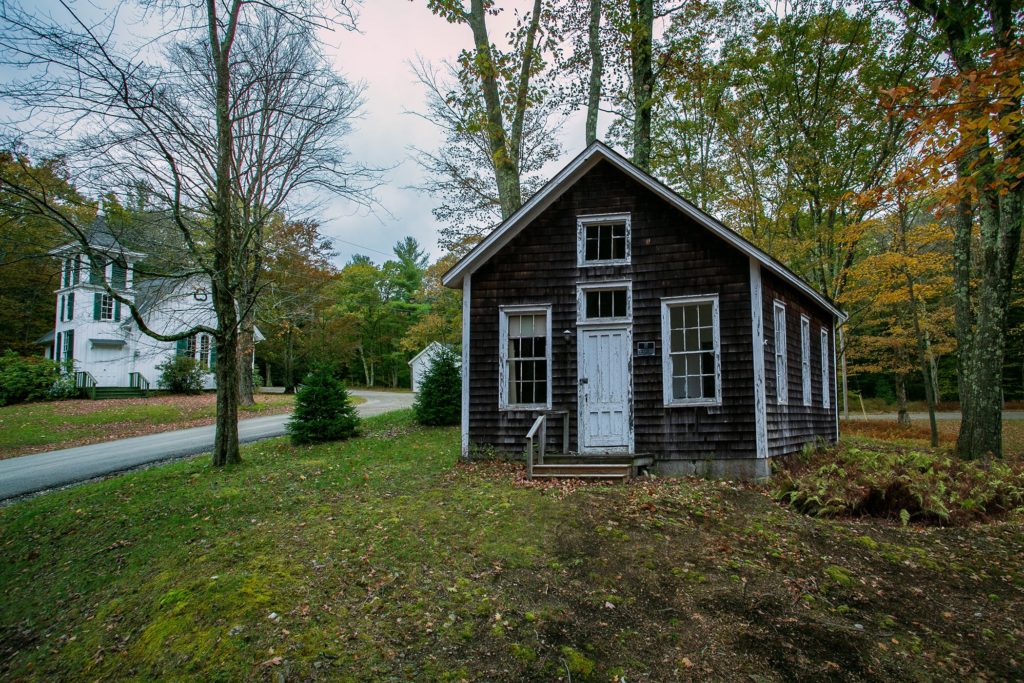 The interior is perfectly intact and, according to several historical building consultants, in wonderful shape. Its current-day educational potential is unmatched. Imagine a group of today’s third-graders sitting at the old desks, looking out the multi-paned windows and asking questions about long-ago students.

The move would be expensive. Power lines would have to be held high, and the new fiber optic cables the town prides itself on would have to move temporarily, too. The foundation would have to be built, and perhaps a room below the building where some of the documents and records that now overflow Town Hall could be stored. There are contemporary building codes that apply: disabled access, elaborate septic field, distance from a wetland.

Hans Bergmann is president of the Mount Washington Historical Society, the group that has brought the North Schoolhouse to the town’s attention. Members of the Society have already pledged over $100,000 toward the move, but the Society needs more. Bergmann said, “No matter how much money is pledged, the town voters will decide whether the Schoolhouse is to be moved.”

An ad hoc committee appointed by the town’s select board is developing a plan to present to the town voters. The committee is sending an informative booklet outlining all options and costs to everyone in town.The committee may not be able to formulate a proposal in time for Annual Meeting in May, but it will happen and, in true small-town fashion, the citizens will come together, argue, discuss and vote.