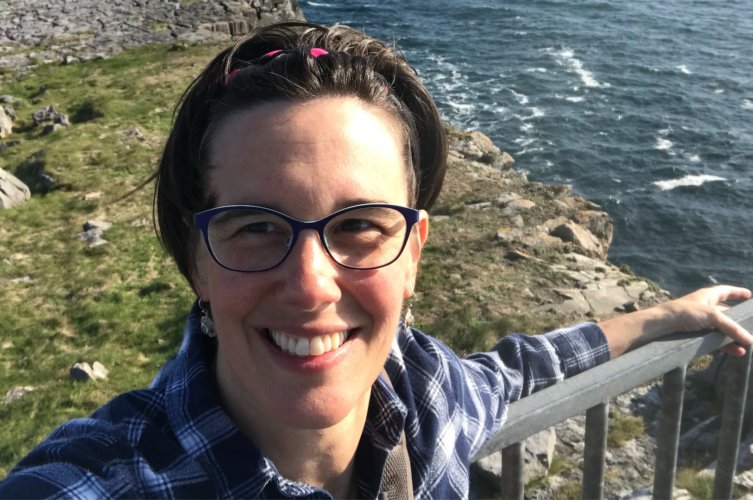 Just as COVID19 arrived, I canceled a long overdue trip to New York City to see a couple of Broadway shows. I was especially looking forward to seeing Tracy Letts’s Pulitzer Prize nominated play “The Minutes,” which Playbill described as “a play about small-town politics and real-world power.” The New York Times said it “seeks to explore the roughness of American politics through a local government meeting.” Indeed, the play’s title refers to the minutes of a city council confab.

Fast forward to Election Day two weeks ago in Lee and I somehow found myself on the ballot, running unopposed for town moderator. I thus wrote this column as an all-in-one concession speech (in case a bunch of Tik Tok teens and K-Pop stans were planning to rig the election), as well as my socially distant campaign platform (see Robert’s Rules of Order and The Emily Post Institute), and finally, my acceptance speech (immoderate for a moderator?) 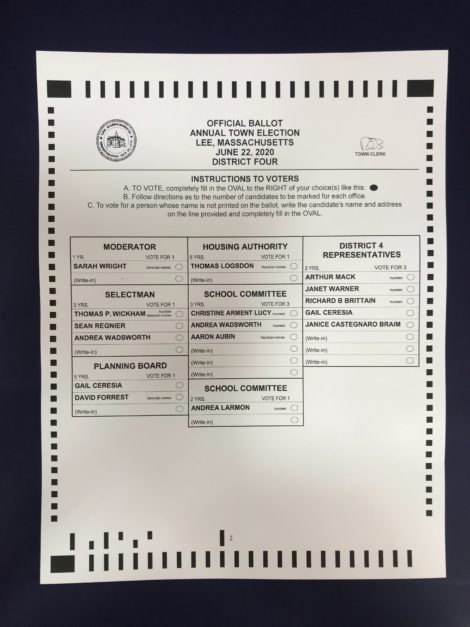 My initial foray into local politics occurred last winter when I threw my hat in the ring for a school committee appointment. To prepare for my joint interview with the Selectboard and the School Committee, I read a year’s worth of the latter’s meeting minutes, which once or twice mentioned something I hadn’t thought of in four decades: head lice. Clearly, I was the least qualified candidate for that role.

When I later attended the Lee Democratic Town Committee meeting in mid-February, the goal then was to elect delegates to the statewide 2020 Democratic Convention in Lowell. Of course, the Convention was canceled on April 4th and the party chair asked the Secretary of State to put both Senator Ed Markey and Congressman Joe Kennedy III on the primary ballot for U.S. Senate. Campaigning has since become Zooming and town meetings look more and more like drive-in movies.

People asked why I ran for moderator. Others asked, “what were you thinking?” The answer to both questions was the same: For so many women running for office in record numbers across the country, the current state of national electoral affairs is an inescapable call to action. In small towns and rural areas like Lee, declining population means that government only works as long as there are people who are willing and able to serve.

As I considered the open seats in Lee, I reached out to R. Christopher Brittain, town moderator for the last 13 years. I asked him all kinds of questions related to moderating the annual town meeting. It’s no exaggeration to say this phone call was unlike any I’ve ever experienced. Mr. Brittain’s vast knowledge of moderator nitty-gritty dazzles the mind. His expertise goes so far beyond description, I cannot do it any justice here. Seriously, who knew there are actual parliamentary procedure competitions? R. Christopher Brittain, that’s who.

My respect for breadth and depth of hyperspecialized knowledge or skill of any kind is reverential. And good government relies on such expertise. When Mr. Brittain became town clerk in Lee earlier this year, the moderator vacancy occurred.

Like social distancing, running unopposed felt odd. Nevertheless, I went to the polls and hoped for the best, which meant public health precautions in effect and voter turnout in spite of COVID19. Two weeks later: not only have I been sworn in, I’ve also joined the Massachusetts Moderators Association.

I sincerely thank the voters of Lee, who have put their faith in me to fill some very large shoes. To the poll workers especially, your commitment to democracy truly reassures me. And to the Town of Lee police officers who spent the whole day there, I see your oath of honor to law enforcement in action.

The Lee annual town meeting will be held at a date to be determined. Until then, I’ll brush up not only on meeting minutes, but on the minutiae of town meeting itself. And I’ll look forward to meeting more of my fellow Lee denizens — Democrats, Independents, Republicans, and others — as things continue to gradually re-open, all in moderation.