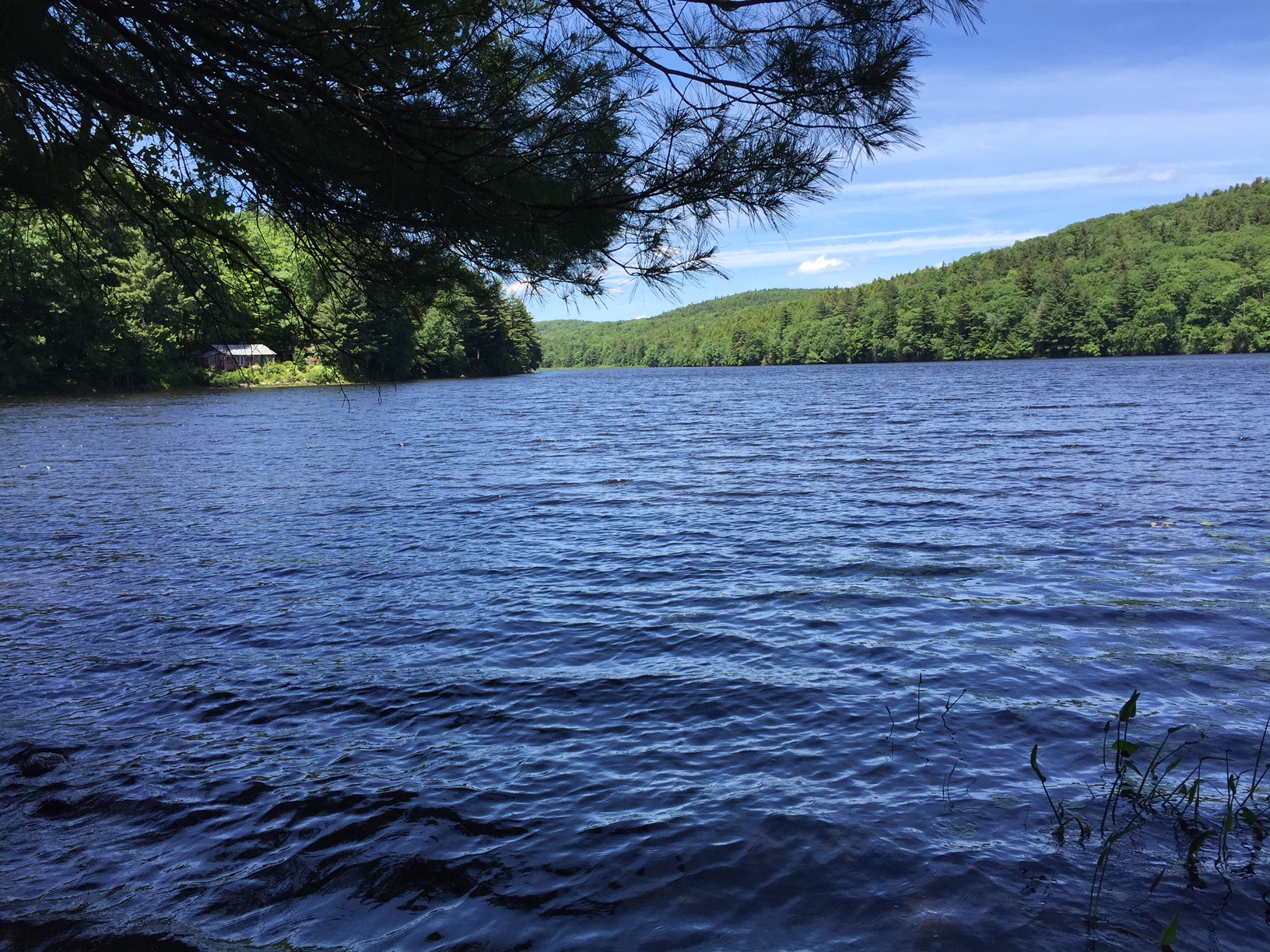 An appeal of the water quality certification in the Otis State Forest pipeline controversy has combusted into a legal and jurisdictional dispute in three jurisdictions – the Massachusetts Department of Environmental Protection (MassDEP), the U.S. District Court for the District of Massachusetts, and the U. S. Court of Appeals for the First Circuit.

Last spring, the Berkshire County Superior Court ruled that Tennessee Gas Pipeline Company (Tennessee) could proceed to build a pipeline in the Otis State Forest. Judge John A. Agostini held that the federal Natural Gas Act, supported by the Supremacy Clause of the U. S Constitution, trumped Article 97 of the Massachusetts state constitution. The decision allowed Tennessee to invoke eminent domain to construct the pipeline –part of the Connecticut Expansion – on protected state land.

In June, the Western Regional Office of the MassDEP issued the water quality certification for the pipeline work, which is required by the federal Clean Water Act. Backed by the judicial ruling and the water certification, the plan appeared to be rolling along smoothly.

Then, a group of citizens, convinced that the water quality certification failed to protect Spectacle Pond and nearby wetlands and waterways, stuck a stick in the spokes of the project’s wheel.

Water Quality Issues In Three Forums: MassDEP, Federal District Court, and the U.S. Court of Appeals for the First Circuit

Pointing out numerous ways in which the certification failed to comply with the Commonwealth’s water quality standards, the Citizens asked the MassDEP to grant them an adjudicatory hearing.

MassDEP issued an order scheduling a hearing for January 18, 2017. If the hearing goes forward, the hearing officer will issue a decision after the hearing, and the MassDEP Commissioner will then consider the decision, make any changes, and issue a final water quality certification.

In August, however, Tennessee followed Citizens’ appeal with two of its own filings, adding the Massachusetts Department of Environmental Protection as a defendant in both, in addition to the Citizens.

In the first filing, the company sought an injunction from the Federal District Court for Massachusetts to stop MassDEP from hearing the water certification appeal. Tennessee also asked the District Court to rule that the only court that had the power to hear the water certification case was the United States Court of Appeals for the First Circuit.

In its District Court filing, Tennessee complained that the state adjudicatory hearing itself, together with appeals that the Citizens could theoretically file in state courts “could potentially delay the commencement of the Project by three years…By contrast, an appeal properly filed in the United States Court of Appeals typically takes approximately a year.” Alternatively, the company argued, the water quality certification itself is preempted “because it delays and adds costs to the project.”

On August 26, the Citizens asked the First Circuit to review the June water quality certification, just in case the matter ended up in that Court, short-circuiting the MassDEP administrative appeal process.

Is the Water Certification “Final?”

What forum should hear the Citizens’ complaints? Tennessee wants speed; the Citizens and the Attorney General’s office, representing MassDEP want to follow their own normal administrative processes to their conclusion, holding an adjudicatory hearing, taking evidence, making arguments, and receiving a final decision from the Commissioner of the MassDEP.

The Natural Gas Act, as amended in 2005, states that the U.S. Circuit Court of Appeals for the circuit in which a [pipeline] is proposed to be constructed …”has exclusive jurisdiction over any civil action for the review of an order or action of a…State administrative agency acting pursuant to Federal law…”

To simplify the arguments, Tennessee argues that this language means that the company can immediately appeal the water quality certification without delay.

The Citizens and MassDEP, however, argue that “an order or action,” such as the water quality certification, should not be reviewed by the Circuit Court until it is a final agency action that has gone through the adjudicatory hearing process, been finalized by the DEP Commissioner, and, potentially, heard by state appellate courts. Implicit in the language of the Natural Gas Act amendment is this notion of finality, they argue, even though it does not explicitly appear in the text.

The First Circuit issued a briefing schedule on the final order issue, culminating in oral argument to be held during the January 2017 sitting.

The Federal District Court has scheduled a hearing on Tennessee’s injunction request for September 29.

The MassDEP scheduled its administrative hearing on the water quality issues for January 18.

Meanwhile, in Berkshire County Superior Court, a different but related Otis State Forest/pipeline legal issue is being heard, adding additional complexity to the situation. On September 20, Judge Agostini, who previously gave the green light to Tennessee, held a status conference on the issue of state compensation for the land to be taken by Tennessee under eminent domain.

Behind the jurisdictional wrangling lies the complaint of the Citizens, alleging that “the proposed pipeline would permanently degrade and impair water uses and quality for waters located at the heart of [8,500 acres] of interconnected, valuable open space.” The Massachusetts Division of Fisheries and Wildlife has designated the site in Sandisfield part of BioMap Core Habitat, which describes “the most ecologically valuable lands in the Commonwealth.” 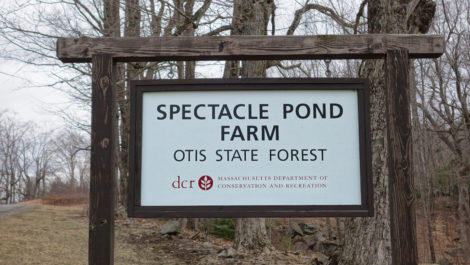 The Citizens allege specifically that the Water Quality Certification that was issued by the Western Division of the MassDEP fails to comply with numerous provisions of the Massachusetts Code governing water pollution control, leaving Spectacle Pond, the Clam River, Worthington Brook, and Spectacle Pond Brook vulnerable to temporary and permanent degradation caused by pipeline construction activities, such as dredge and fill discharges.

For example, Citizens point out that, of eighteen vernal pools on the site – seasonal, temporary pools that provide essential habitat for a variety of species – only one has been certified for special protection under the Massachusetts Natural Heritage and Endangered Species Program.

Citizens also allege that the Water Quality Certification has approved withdrawals of more than 1 million gallons of water from Lower Spectacle Pond for use in hydrostatic testing, which will be discharged and returned to surface waters. The impacts of these withdrawals at depths of four feet from the surface have not been adequately addressed.

The plaintiffs also plan to raise in a hearing the inadequacy of the blasting plan; the risks posed to water quality by toxins, including lubricants and cleaners added to natural gas traveling through the pipeline; and the deficient Invasive Species Management Plan.

Although these water quality issues will eventually be addressed, it appears that major battles must first be fought over jurisdiction and process on the three fronts of the MassDEP, the Federal District Court, and the U.S. Court of Appeals for the First Circuit.