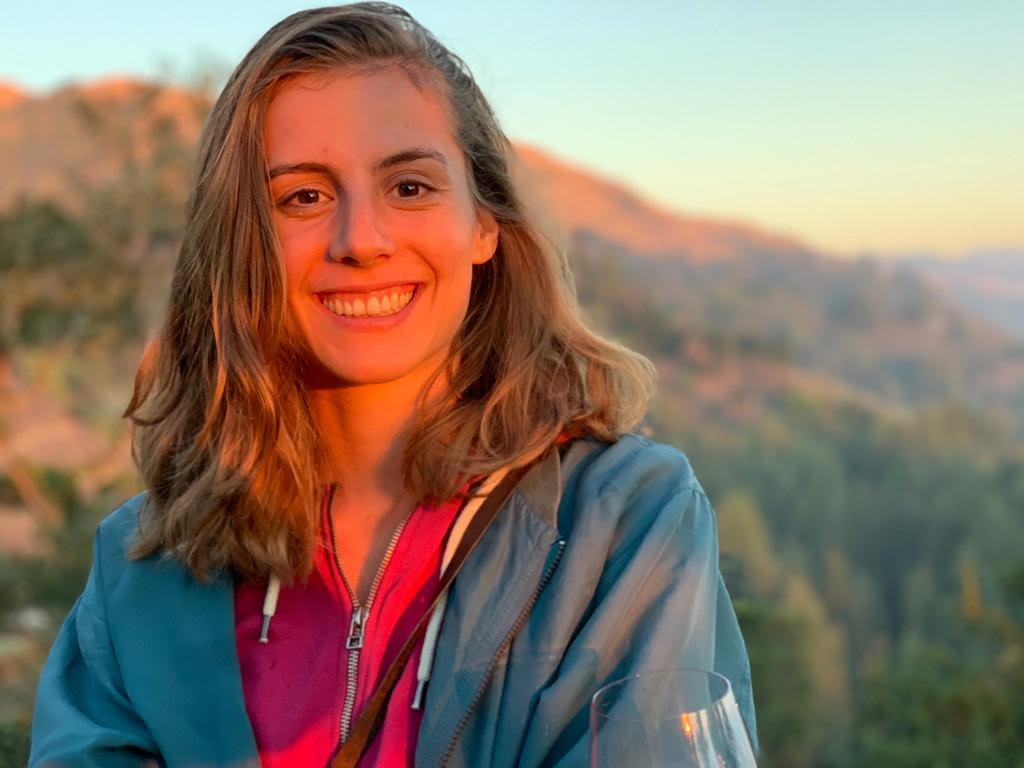 Samya Rose Stumo died March 10, one of 157 people lost in the crash of Ethiopian Airlines Flight 302. Samya was en route to Kenya for her first assignment with ThinkWell, a non-profit organization working to disrupt the status quo in global health development.

Samya was born in Farmington, Connecticut on June 29, 1994. Until the age of four, her family lived in Winsted, Conn. In 1998, after the loss of their two-year-old son Nels, the Stumo family moved to Sheffield, Mass. Samya was subsequently home-schooled on the family’s farm in Sheffield.

A bright, energetic child, Samya taught herself to read at the age of four. Her family remembers well the enjoyment she took in raising pigs. Small in stature as a child, Samya took great pleasure in driving large farm equipment, including a tractor used to haul piles of firewood. Samya loved driving these big vehicles. It was empowering for her. She wasn’t physically large in size, but she could drive a tractor and accomplish as much as anyone else. Such formative experiences shaped her awareness of her own power.

Samya’s innate drive came to the fore during her school career. In eighth grade, she transitioned to public school, but by January had advanced to ninth grade because she was determined to compete on the regional swim team.

A gifted student, Samya attended Mary Baldwin College for a year at age 14. Returning to high school, she graduated at age 16 after spending her final school year in Peru as part of a Rotary Youth Exchange. It was an experience that spurred her subsequent interests in anthropology and global healthcare.

At 17, Samya entered the University of Massachusetts Amherst, where she majored in Anthropology and Spanish. Friends remember her as an enthusiastic, energetic, and joyous presence on campus, where she was a member of the UMass Pre-Medical Society, Toastmasters, and Campus Kitchen. She also worked as a Residential Assistant, an assistant to the Five College Program in Culture, Health, and Science, a student caller for the UMass Annual Fund, and the President of the Anthropology Undergraduate Club. Additionally, she served as a mentor for Rotary International Youth Exchange students.

Samya returned to Peru as part of her undergraduate honors program. She spent a summer conducting field research in the high Andes community of Nuñoa. She subsequently wrote an honors thesis addressing the health needs of rural indigenous peoples, which she presented at an American Anthropological Association conference.

After graduating from UMass in 2015, Samya received a full scholarship to attend the University of Copenhagen Global Health Master’s Program. As part of that program, she interned for the Barcelona Institute for Global Health. Her work there focused on amplifying the voices of patients living with Hepatitis C to improve related health systems. She completed her Master’s in Global Health in 2018.

In January of 2019, Samya was hired as an analyst by ThinkWell to join a team working to increase access to affordable healthcare in six countries across Africa and Asia. Samya was passionate about revolutionizing global health. She cared most about treating all people and patients as human beings, particularly in the context of their culture, family, and individuality.

Samya was infectiously vibrant, intensely curious, and lived her life to the fullest. She had leadership, compassion, and intellectual rigor.

At the time of the March 10 plane crash, Samya was headed for Kenya and Uganda on her first ThinkWell assignment. The goal of her trip was to establish local offices as ThinkWell expanded its health development initiatives.

Samya is survived by her parents, Michael Stumo and Nadia Milleron; her brothers, Adnaan and Tor; her grandparents, Charles Stumo and Laura Nader; her aunts, Teresa Stumo, Julie Stumo, Rania Cruz, and Robin Savinar; her uncles, Tarek Milleron and Ricardo Cruz; and, her cousins, Laila Milleron, Niall Milleron, Sebastian Cruz, and Ariana Cruz. She is also survived by her partner, Michael Snavely. She is predeceased by her younger brother, Nels Stumo, in 1998 at age 2, and her grandmother Mary Stumo in 2017.

After a private funeral, the family will hold a memorial reception for Samya this Saturday, March 23, at 1:30 pm, at the Stumo family farm in Sheffield, Massachusetts.