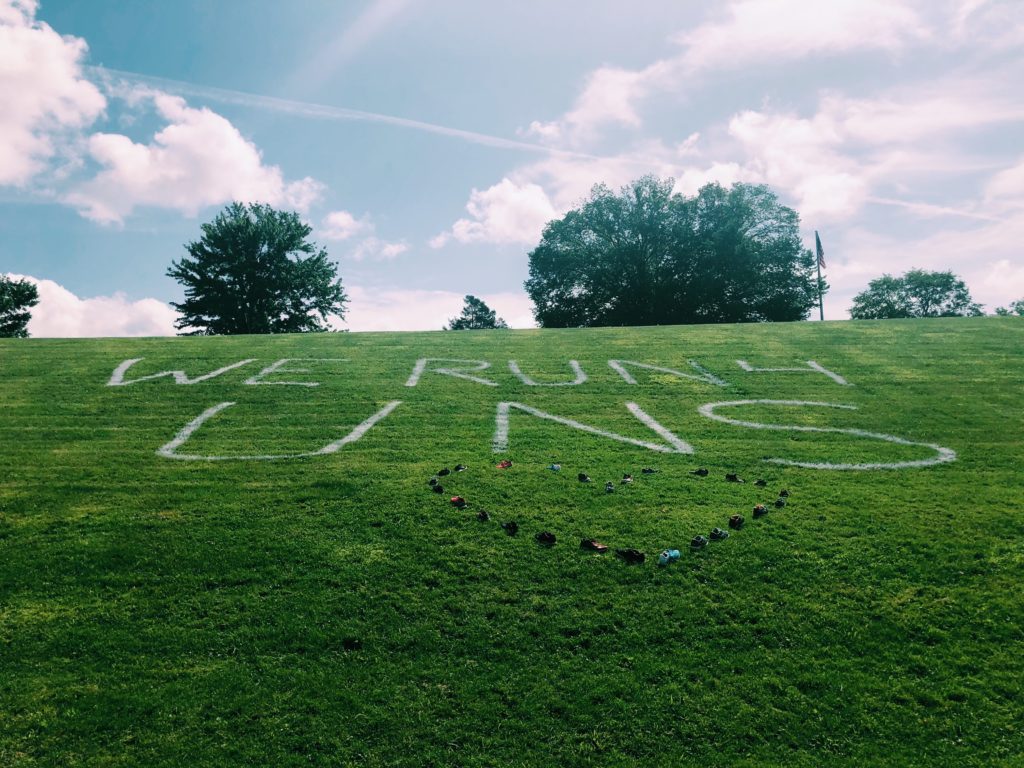 Great Barrington — Maeven Broderick spent four years running for Coach Chris Unsworth’s cross-country team; the 2017 graduate of Monument Mountain Regional High School has fond memories of her time spent under the guidance of “Uns,” as he was affectionately known, and the early morning conversations in his classroom that both inspired and motivated her as a student athlete. Unsworth, who died last July at the age of 48 following an extended battle with cancer, will be honored on Saturday by his tight-knit circle of family, friends and students. The first annual Run4Uns will celebrate the indelible mark Unsworth left on the school community in the more than two decades he spent there as a teacher, coach and mentor to many. 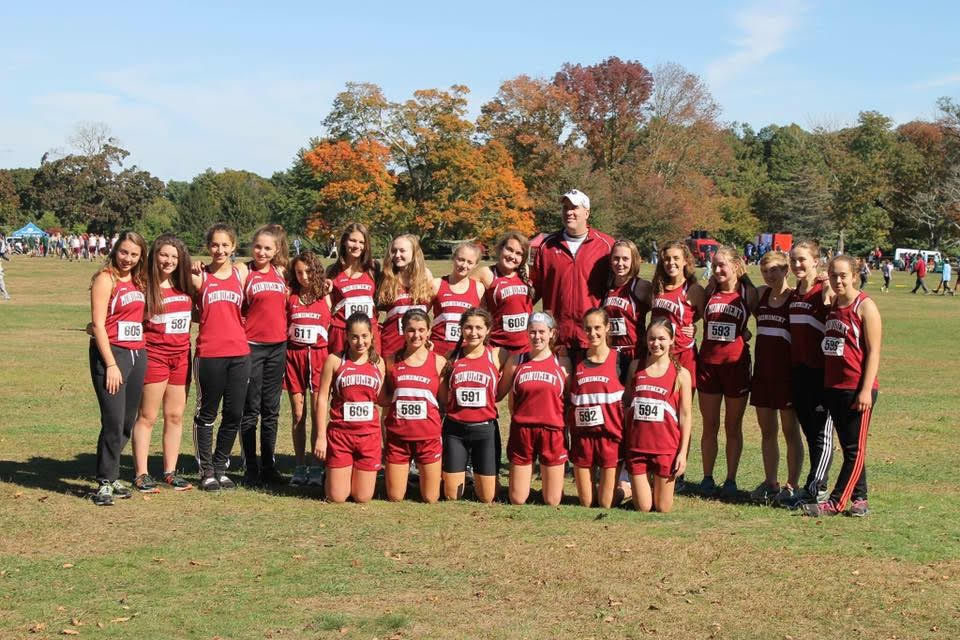 “Cross country, for me, was the thing that kept me going,” said Broderick in a recent phone interview. “Uns was a great guy to be around, [he was a] great motivator and super positive,” she added. Broderick and her teammates came up with the idea of the Run4Uns as a way to celebrate their coach on the first anniversary of his death. “A 5K on our home course to keep his memory alive and create a tradition” seemed like the perfect idea. When Broderick went to the Unsworth family, they all agreed: It was a no-brainer.

“Chris was an extraordinary individual,” his younger brother Andrew explained in a recent phone interview. “He lived a very simple life and he had three focuses: family, friends and students. That’s all he wanted; and if he could have all those things while relaxing on the beaches of Cape Cod or Newport and listening to the Yankees, then it was a perfect world.” Uns, who graduated from St. Joseph’s High School in Pittsfield, was a standout athlete and ever the team player; he played baseball and, as co-captain of the basketball team, helped lead the St. Joe’s basketball team to a state championship title in 1988. Uns received both a B.A. and M.B.A. from Salve Regina University in Newport, Rhode Island, where again he was named co-captain of the men’s basketball team. After deciding his calling was as a teacher and coach, he went on to earn his M.A. in psychology from Westfield State College to aid his efforts. 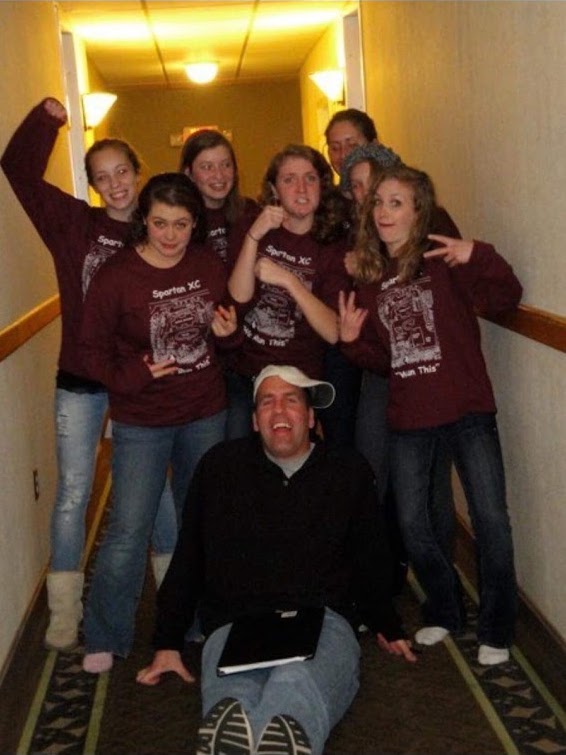 Uns arrived at MMRHS in September 1997; he began his coaching career with the girls’ junior varsity basketball team, eventually moving onto varsity. From there, he moved onto running and spent roughly a decade leading the girls’ cross-country team while his longtime friend and colleague, Ted Collins, coached the boys. “It is a real testament to Chris that it was the girls who ran for him (Maeven Broderick and Grace Phair) who put the race together in his honor,” Collins said in a recent statement. “He would have been embarrassed by all of the attention, but dozens of people have asked me about how they can help, given donations and said they were going to run for Chris.  It seems to be giving people an opportunity to support their memory of Chris and keep alive his legacy as coach, friend and brother,” Collins added of his friend.

“He had a special way of connecting with people, not only students but everyone,” recalled Andrew Unsworth of his older brother. “He took the time to understand and listen, [and then] he would figure out what motivated you and really use that to inspire. He had no agenda other than genuinely wanting to make others believe in themselves and reassure them that they were here for a reason,” which is a practice Broderick can attest to. “Cross country, for me, was the thing that kept me going; running became the biggest thing in my life, [and Uns] inspired me to keep going,” she recalled. 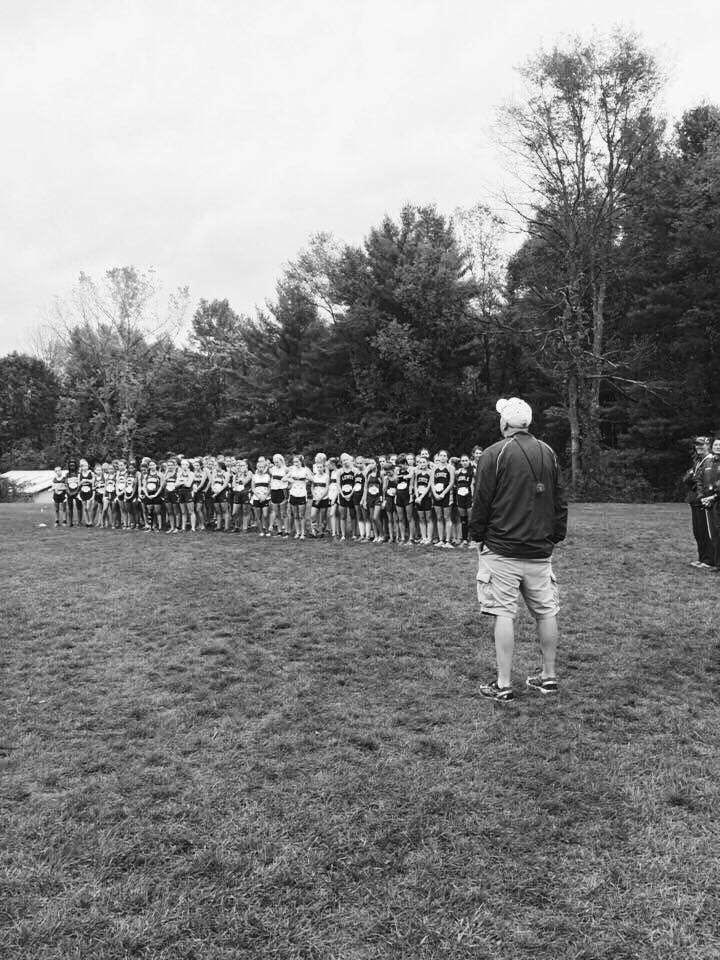 “[My brother was an] extraordinary person with a simple focus, which is what made him a great leader,” said Andrew Unsworth. Collins concurred: “It seems fitting to do this race at MMRHS where [Uns] spent so many years and never gave up the idea of coming back to coach, even in his last days.” The scholarship fund, begun by parents of Unsworth’s former students, will be awarded annually to a student at Monument Mountain, likely a member of the girls’ cross country team. It is a fitting way to “pass on and continue Chris’ legacy within Berkshire County, especially at Monument Mountain, [while giving] everyone an opportunity, for those that loved Chris, to get together and connect. Family and friends know each other very well, but it will be a perfect collaboration coming together with Chris’ students,” Andrew Unsworth added. “It’s going to be a nice moment.”