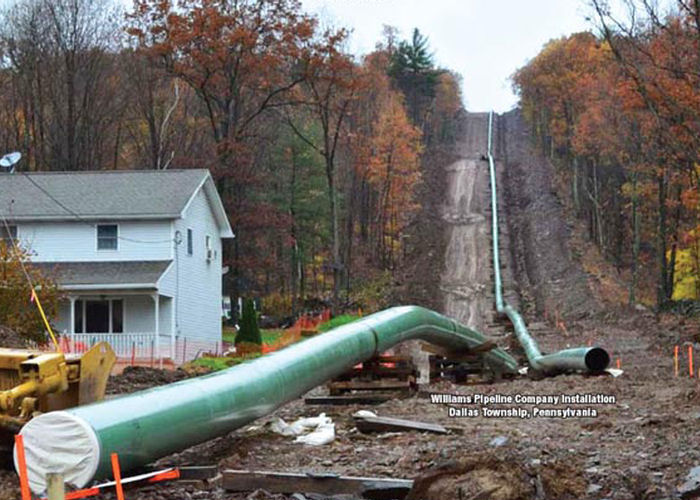 Great Barrington — It is the winter of our disillusionment here in the cold north, given the mega hike in electricity rates, and the possible — some say, likely — motive behind higher rates.

Great Barrington resident Edward O’Malley heard last fall about National Grid’s coming 37-percent rate hike from the previous year “for a typical customer,” and wanted to know why his per kilowatt cost rose 62 percent. How can this be, he wondered, “with the price of oil dropping and gas prices holding?”

O’Malley inquired of National Grid directly, innocently stepping into the ring of curious consumer versus customer service Jiu Jitsu master. Why the 62-percent increase, O’Malley wrote National Grid in an email. Someone named April, wielding boilerplate, wrote back that the increase is “due to higher power supply prices (the cost of the electricity National Grid buys for customers and passes on without a mark up).”

Using National Grid’s own residential rate table, O’Malley calculated a different rate for his usage than April, and asked why. April dropped from the thread and was replaced by “Customer Service,” who sent a longer email stating that the 37-percent was just an estimate — rates could be lower or higher — and cited as a culprit, the dependence on natural gas during a “gas-constrained” time. The email contained four references to “continued constraints on natural gas pipelines,” leading one to reduce it to basically saying this: If only there were more natural gas pipelines, we wouldn’t have to charge so much.

It is the energy industry’s refrain this winter. The Institute for Energy Research’s (IER) website says: “These high winter electricity prices are likely to continue in New England until new pipelines are built, which could be three to four more years, as heating markets compete with electric generators for limited natural gas supplies.” 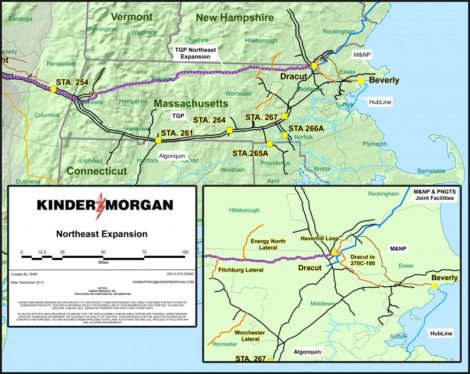 It just so happens that pipeline giant Kinder Morgan Energy, through subsidiary Tennessee Gas Pipeline, is developing the Northeast Energy Direct Project to expand pipeline in five states, including Massachusetts, where a new path will run from Hancock, up into New Hampshire, then back down to a hub in Dracut before it runs up to Nova Scotia. Kinder Morgan says the project will lower gas and electric prices for consumers.

Yet few want pipes with highly pressurized, hydro-fractured (“fracked”) gas flowing through their backyards, and many are making the case that it will not lower prices, but only cause a great deal of harm. This battle is underway, and it has set many industry public relations machines into overdrive. An attempt at infiltration of local organizations is one strategy: Kinder Morgan is a leadership circle investor in 1Berkshire, an economic development alliance meant to synthesize business, art and tourism to strengthen the Berkshires economy.

IER says the problem is the increase in natural gas use due to low prices, but without a corresponding infrastructure increase. Also, Vermont Yankee Nuclear Plant and aging coal-fired and oil-fired plants are in the process of being shuttered, and now, “environmental opposition is slowing the process for getting new pipelines approved and built. In the mean time, New England families need to pray for warm weather.”

Environmental lawyer and Edge correspondent Mary Douglas calls the rate hikes blackmail. She says there is time to put together alternatives, “such as a mix of renewables.” Douglas says that there truly is a shortfall, “but not an insurmountable one.”

Yet Kinder Morgan “would realize a 10 to 14 percent annual return on its investment as a regulated monopoly for the life of the pipeline — 100 years or more,” Douglas wrote. Kinder Morgan co-founder and Chief Executive Rich Kinder, a former senior executive at Enron, is worth $9 billion.

What if the industry mantra is true, and we really do need more pipeline to lower prices?

Conservation Law Foundation’s Greg Cunningham called it a “faux crisis,” based on a combination of issues from last year including high natural gas spot prices. He said the industry is, indeed, “trying to take advantage of the hysteria over prices now.” Cunningham, who is Director of CLF’s Clean Energy and Climate Change Program, says the Northeast Direct Project may be unnecessary in part because two smaller build-as-needed pipeline projects ready by 2016 — the Algonquin Incremental Market pipeline and a Tennessee Gas project in Connecticut — will infuse the system with increased gas capacity that will lower prices.

“Relief only a year from now is in the offing,” he said, and will “obviate the need for this larger build-out,” that wouldn’t be ready for another four or five years. It would also remove the prospect of having to pay the tariff for a new pipeline that would be added to ratepayers’ bills, he said.

There are also signs, even from within the industry that this pipeline might not be necessary to lower prices. A May 2014 National Grid presentation shows a slow natural gas demand in New England over the next five years.

According to New Hampshire Pipeline Awareness, the proposed pipeline will carry much more gas than will be used in New England — 68 percent will exported; the rest is for New England. There is also the argument that with proper maintenance of the existing pipeline system, gas flow and availability might increase without the new infrastructure.

It is possible that the connection between this winter’s rate hike and pipeline peddling is not the paranoid dream of conspiracy-loving environmentalists. O’Malley noticed, he said, the close timing of Pittsfield Mayor Dan Bianchi’s vocal support of the pipeline project and National Grid’s 37-percent rate hike announcement last September.

On a recent trip to the Berkshires, new Gov. Charlie Baker said he wanted to find ways to expand capacity for delivery of natural gas as a result of the rate hike.

Then we have Gordon van Welie, President and CEO of ISO New England, a non-profit company that oversees the New England grid and electricity markets, making his “State of the Grid” address on January 21. Van Welie said low natural gas prices have increased demand for which gas infrastructure has not kept up. He concludes that these pipeline constraints need to be addressed, though he doesn’t endorse the Kinder Morgan pipeline. He doesn’t altogether dismiss renewables, either, but says they aren’t moving along quickly enough to keep the lights on affordably into the future.

Another possible wrinkle is this: Pulitzer Prize-winning investigative journalist David Cay Johnston wrote a prescient story last May about how electricity prices might soar if Wall Street succeeds in its attempts to manipulate power supply. New England will be a “test-case” for “Enron-style price-gouging,” which is “making a comeback,” Johnston wrote. “Under the rules of the electricity markets, the best way to earn huge profits is by reducing the supply of power.”

O’Malley is not one to sit still for a consumer shakedown; he signed on with Verde Energy’s Low Cost Power Program, which uses all renewable sources. The company is charging $0.1299 per kilowatt hour at the same time that National Grid is charging $0.16273 per kwh.

O’Malley is also joining Community Energy, a company that is credited for power generated from their solar farms, which they are continuing to build; as a result, they can give discounted rates through a billing mechanism called net metering. The Town of Great Barrington and Berkshire Hills Regional School District recently entered into a similar agreement with a solar farm owner that will save thousands in annual municipal electricity costs.

O’Malley says that under this solar agreement, which will take effect this summer, his rate should be reduced by 35 percent. He hasn’t heard back from National Grid about the rate calculations, and it all makes him wonder, he said, “who is watching the store here, besides the fox.”