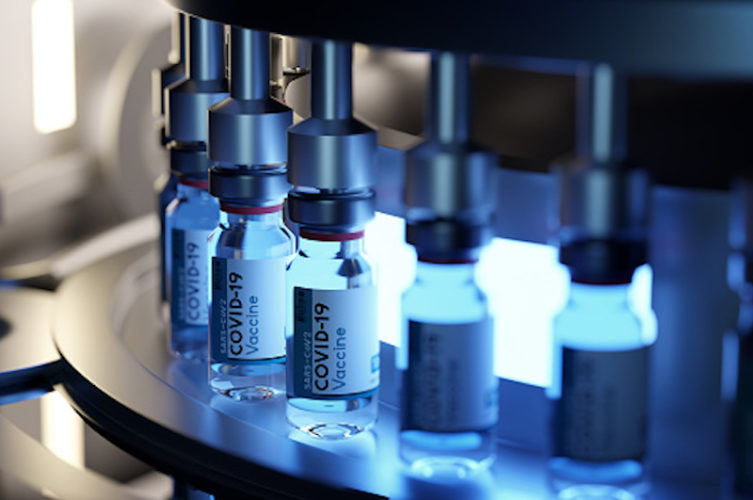 What have the scientific, pharmaceutical, and medical communities done to stifle SARS-CoV-2 infections? There are currently 18 advanced trials of different vaccines, 64 possible new treatments, and 23 potential or approved anti-viral drugs.

The mRNA vaccines from Pfizer and Moderna provide robust protection. (The mRNA technology is being expanded to HIV, malaria, and other diseases for which conventional vaccines have failed.) mRNA vaccines are expensive and need to be shipped frozen. Lower-income countries require an effective vaccine that is inexpensive, survives at higher temperatures, and can be made locally. Corbevax, created at Baylor College of Medicine, fits these criteria and is currently being made in hundreds of millions of doses in India. Other vaccines (Novovax) produce antibodies to viral proteins in addition to the Spike protein. The Novovax vaccine contains no genetic material.

Beyond vaccines, there are 64 new treatments in development that block or slow infection or some of its consequences, like inflammation. Inflammation makes blood vessels leaky; defensive cells, which rush to the site of infection, squeeze out of the circulation, and infiltrate the lungs. They fill air sacs with dead neutrophils, eosinophils, and fluid, making the patient struggle to breathe. In addition to the inflammatory reaction, when these cells die they release digestive enzymes that can do terrible damage to the lungs or other infected tissues. The use of steroids to inhibit inflammation was a critical early discovery. According to a review I read recently, it is still the best early intervention. Most viruses have means to inhibit a host’s immune system: some inhibit interferon synthesis, a critical mobilizer of the immune response; SARS-CoV-2 inhibits the production of Natural Killer cells, which recognize infected lung cells and kill them. The more we know about these mechanisms the better off we will be.

There are currently 23 antivirals approved or in testing, including Merck’s Molnupiravir and Pfizer’s Paxlovid, but others have Emergency Use Authorizations, as well. Paxlovid, if taken within 5 days of the onset of symptoms, blocks disease progression and keeps 90 percent of patients from hospitalization. As a result, our hospitals are able to function, saving money, reducing misery, and increasing morale. Vaccinated and boosted people usually have a short illness unless they have other complications, and may not need these therapeutics. But for those who do, or are unvaccinated, the drugs are becoming available in pharmacies.

My friend, Jonathan Sanoff, keeps track of these things. He told me about a site called the Therapeutics Locator, which The Assistant Secretary for Preparedness and Response at The Department of Health and Human Services and her staff have prepared. The Assistant Secretary is Rear Admiral Rachel L. Levine, MD. The site tells potential patients where to find these drugs, whether that person is in Puerto Rico or Alaska. For skeptics, the site also includes the number of doses on hand at each site and the total made so far, as well as information on each drug. As new therapies come online, they will appear on the Therapeutics Locator. There are currently seven drugs and monoclonal antibodies on the site. The Assistant Secretary and her staff do not get much credit, but they should.

It is important to have many anti-viral drugs, and I was surprised to learn that 23 are still in late clinical trials. We learned from HIV therapy that an RNA virus can develop resistance to a single drug but cannot evolve resistance to three drugs and is why the number 23 is a pleasant surprise. An even better surprise is, some of these drugs inhibit other RNA viruses, including Zika and Ebola.

Nothing in science or medicine must work, no matter how clever the idea. We should not be surprised that 26 vaccines failed, 92 treatments did not pass muster, and 54 antivirals did not inhibit SARS-CoV-2. These results on therapies in the development pipeline have been collected by Heidi Ledford, one of Nature Magazine’s senior reporters, in Nature’s March 3, 2022 issue. I am grateful to her. In that context, the March 11 issue of Science, the flagship publication of the American Academy of Sciences, contains a detailed comparison and analysis of these treatments and ideas on what we need to prepare for the next epidemic. Pandemics are too large a subject to cover everything — we have left out the value of logistics and convincing people to take vaccines, not to mention long COVID, but people are studying these challenges. The combination of basic science, private industry, and public health services have done well, although praise sounds hollow when millions have died.

What to do? Get vaccinated and boosted. When new boosters designed to attack SARS-CoV-2 or its variants appear, get those, too. Even with the vaccine, you may get mild disease, but the name of the game is to prevent progress to serious disease and hospitalization. The new drugs offer reassurance. In places where the virus and infection are in decline, it is time to resume normal life. Or, at least that is my plan.

Richard Kessin is Emeritus Professor of Pathology and Cell Biology at the Columbia University Irving Medical Center. Reach him at Richard.Kessin@gmail.com.