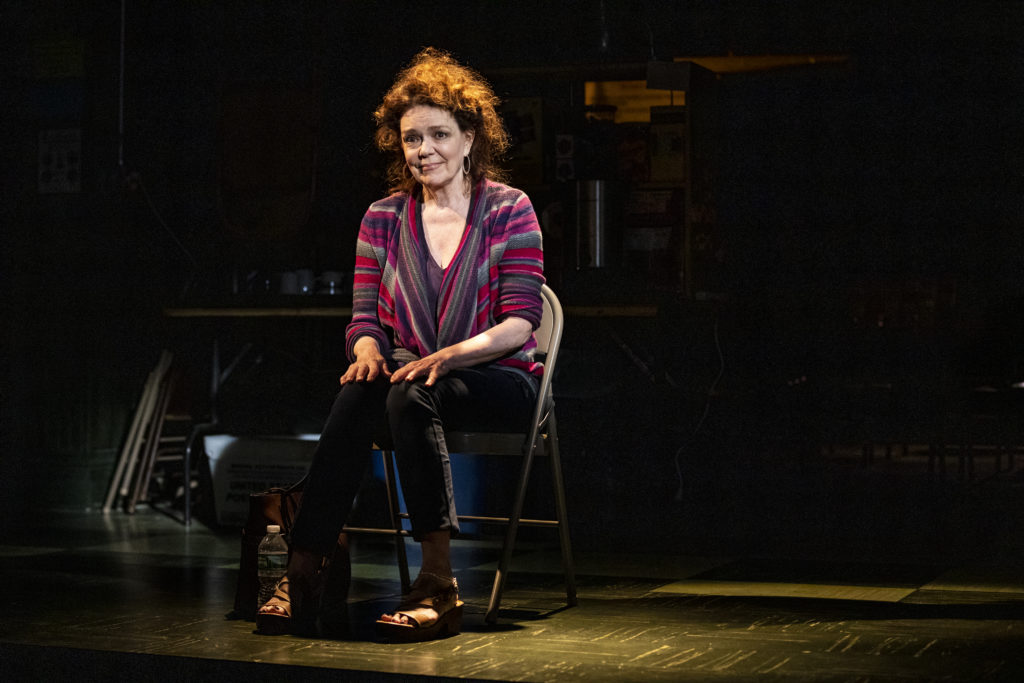 REVIEW: WTF’s ‘Before the Meeting’: Authentic and best single performance of Berkshire season

Before the Meeting
By Adam Bock
Directed by Trip Cullman

Williamstown Theatre Festival concludes its 2019 season with not only the most authentic dramatic depiction of recovering alcoholics, but also the best single performance on a Berkshire stage all summer. Playwright Adam Bock’s “Before the Meeting” is genuine through and through, without a trace of pretense, sentiment or artifice. And Deirdre O’Connell’s performance as an 11-year member of Alcoholics Anonymous, including a jaw-dropping monologue, rings true every single astonishing moment. 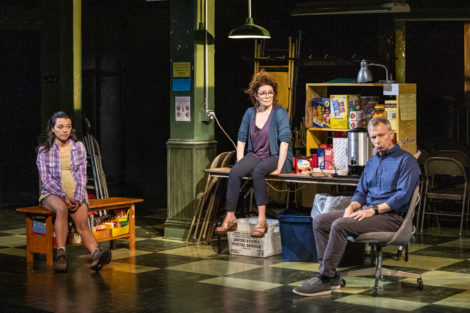 Midori Francis, Deirdre O’Connell and Arnie Burton in the Williamstown Theatre Festival production of ‘Before the Meeting.’ Photo: Joseph O’Malley

Gail, about 60 years old, convenes at the same time every day in the basement of St. Stephen’s Church to organize the daily AA meeting, along with the young Nicole (Midori Francis), a few months pregnant; and Ron (Arnie Burton), a middle-aged, single guy who’s a chronic complainer and hypochondriac. Their shared routine is ritualistic (common to AA): Gail sets up the chairs; Nicole makes the coffee; and Ron, hilariously, insists, to Gail’s consternation, to rearrange the chairs in his own compulsive order. They are visited by newcomer Tim, who’s pretty strung out. 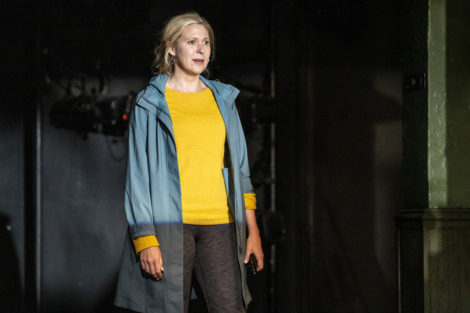 Cassie Beck in the Williamstown Theatre Festival production of ‘Before the Meeting.’ Photo: Joseph O’Malley

Director Trip Cullman paces the story (one act, 80 minutes) day to day, cleverly punctuating scene shifts briefly with what happens in the church basement when AA isn’t meeting: an intramural high school basketball game; a nun checking the wiring on plastic Christmas crèche camels (too funny); a violin recital; and a priest supervising kids doing weekly cleanup. It’s all a reminder that there’s “normal” life outside of the struggling recoveries of Gail and friends. Pregnant Nicole is in a lousy relationship: her boyfriend’s a drunk. Ron’s compulsivity is a disguise for his chronic loneliness. Tim, in the precarious early days of abstinence, risks relapse. 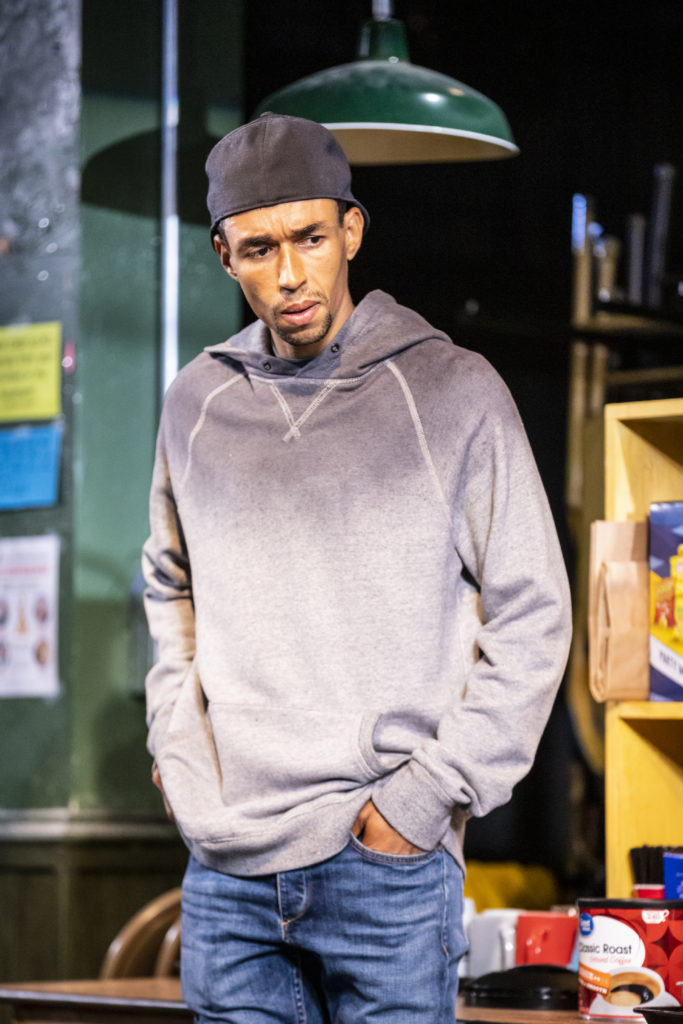 Kyle Beltran in the Williamstown Theatre Festival production of ‘Before the Meeting.’ Photo: Joseph O’Malley

But Gail carries the heaviest baggage. She’s been estranged from her only daughter, Angela (Cassie Beck), for years. She’s cheered when her teenage granddaughter contacts her independently, but Angela’s wrathful, hateful confrontation exhumes the darkest event in Nicole’s history.

Author Bock’s dialogue is totally realistic in tone and topic, as is the ironic and self-deprecating sense of humor exchanged among the alcoholics in “the program.” But most revelatory about and exactingly true to the AA experience is when the play jumps away from pre-meeting scenes to Gail’s monologue. Sitting alone on a metal folding chair at the stage edge, Gail is the speaker at a meeting. Lights come up in the audience. We, the audience, become the AA group listening to her “share” her life story: the first drink; drinking with the office guys to prove she’s one of them; marriage and divorce; the drugs, from the street and from the docs; getting fired; how it was always everybody’s else fault; losing her daughter the struggle back with everything gone; and starting all over again. Gail gives witness to the 12 Steps. Gail doesn’t just go by the book, the Big Book; her practical interpretation of the Steps is uniquely personalized.

Ms. O’Connell’s monologue—a mesmerizing 25 minutes—displays a range of emotions, all underpinned by a painful self awareness that even with recovery, the inner demon is ever-ready to raise its ugly head. Ms. O’Connell’s body language aptly reflects the insecurity of alcoholic’s personality: sometimes holding firm as tough authority on the outside, other times retracting as a tender soul on the inside. (Her stance, like a wounded bird, after the encounter with her daughter tore me up.) Ms. O’Connell not only inhabits with complete credibility Bock’s creation of Gail, but also assumes the voice of millions who know the struggle for and serenity in recovery. An amazing performance: simply amazing.

Before the Meeting plays on the Nikos Stage at the Williamstown Theatre Festival in Williams College’s ’62 Center for Theatre and Dance, 1000 Main St., Williamstown, Massachusetts, through Sunday, Aug. 18. For information and tickets, see the Berkshire Edge calendar, call the box office at (413) 458-3253 or go to wtfestival.org.