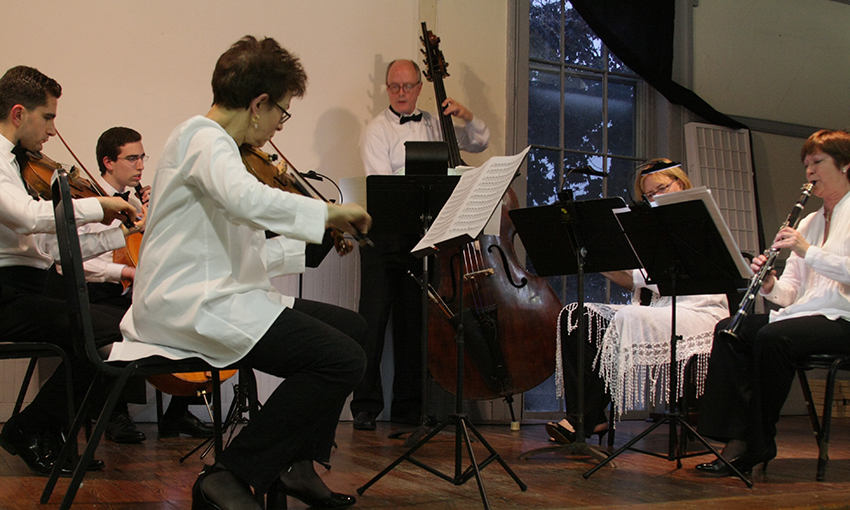 West Stockbridge — If you ever hear someone refer to the West Stockbridge Chamber Players as the “West Stockbridge All-Stars,” you can just smile and nod. Because it’s true: The chamber ensemble that clarinetist Catherine Hudgins founded in 2010 varies its lineup from one performance to another, but one thing never

changes: the musicians du jour are always top-flight professionals from major ensembles like the Boston Symphony Orchestra (BSO). Proceeds from their May 26 performance at the historic 1854 Town Hall will help pay for the West Stockbridge Historical Society’s renovations of the building.

When winter’s end finds you jonesing for a Tanglewood fix, the West Stockbridge Chamber Players satisfy the craving. Moreover, hearing and meeting these musicians will enrich your Tanglewood experience because in this 200-seat venue you can observe individual players’ performances closely and ask questions about them afterwards. This can greatly enrich your listening experience when the same musicians appear at Tanglewood to perform pieces you’ve discussed with them in person. For example, Edwin Barker, principal double bass of the BSO, spoke with The Edge after Friday’s concert and named two of the summer’s most challenging pieces for the BSO, Wagner’s Das Rheingold, and Mahler’s Symphony No. 2, Resurrection. (The Mahler, reports Mr. Barker, is challenging not only because the 90-minute piece requires superhuman stamina from almost every player in the orchestra, but also because the score frequently alternates between the hushed mood of chamber music and the massive symphonic textures Mahler is most famous for.) Barker also gave an enlightening introduction to the piece he played on Friday, Osvaldo Golijov’s unexpectedly (but unmistakably) Klezmer-tinged Lullaby and Doina. (Barker played at the BSO’s premier performance of the piece.)

Friday’s concert was underwritten by Richard Ziter, MD, with support from the West Stockbridge and Richmond Cultural Councils.