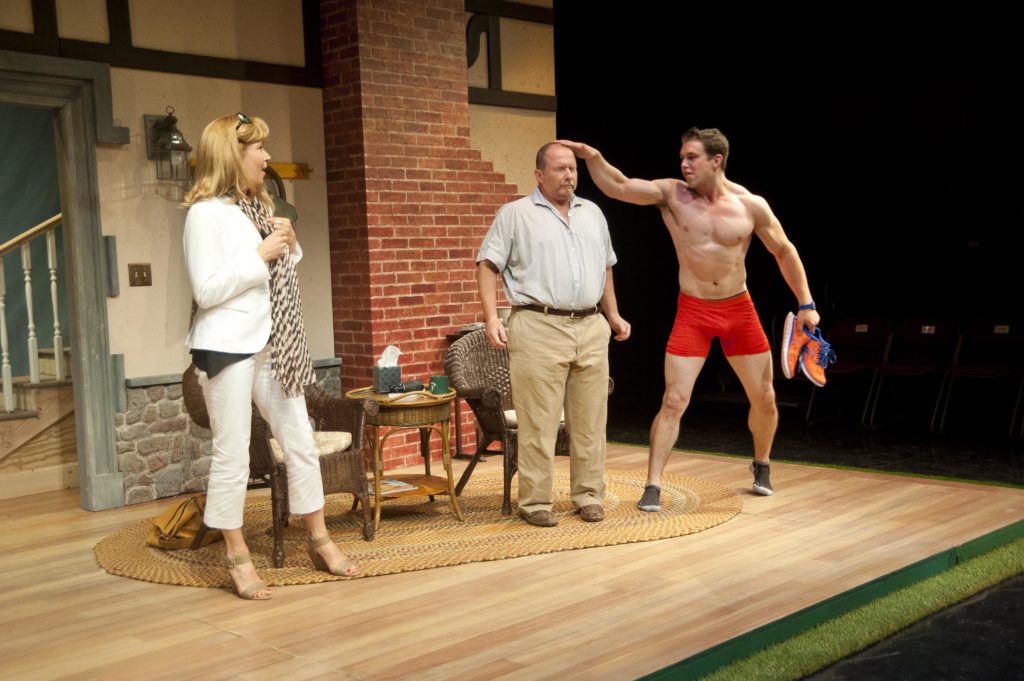 Review: ‘Vanya and Sonia and Masha and Spike,’ Chekhov in ‘Berkshire’ County

A fine-tuned ensemble brought Christopher Durang’s 2013 Tony Award winning homage/satire of Chekhov’s works to life last night at Shakespeare & Company in Lenox. “Vanya and Sonia and Masha and Spike” is praised for its fine use of language — everything from witty voodoo chants to elevated classical speech to a show-stopping, funny and emotional rant by a charming, irascible Luddite.

Shakespeare & Company is lauded for its revelatory clarity of dense speech as well as for its comic abilities. They were made for each other.

All the players were excellent, and the play was interrupted by applause three times at the ends of affecting monologues. Prized comedienne Elizabeth Aspenlieder inhabits the self-involved, movie star sister who swans in with an overactive, shallow younger lover, the family purse strings, and a well-developed habit of control. The lover, actor Matt Leonard, bounds around, ripping off his clothes, taking the stairs three at a time, and generally behaving as if he needs another Betz cell to create a synapse. 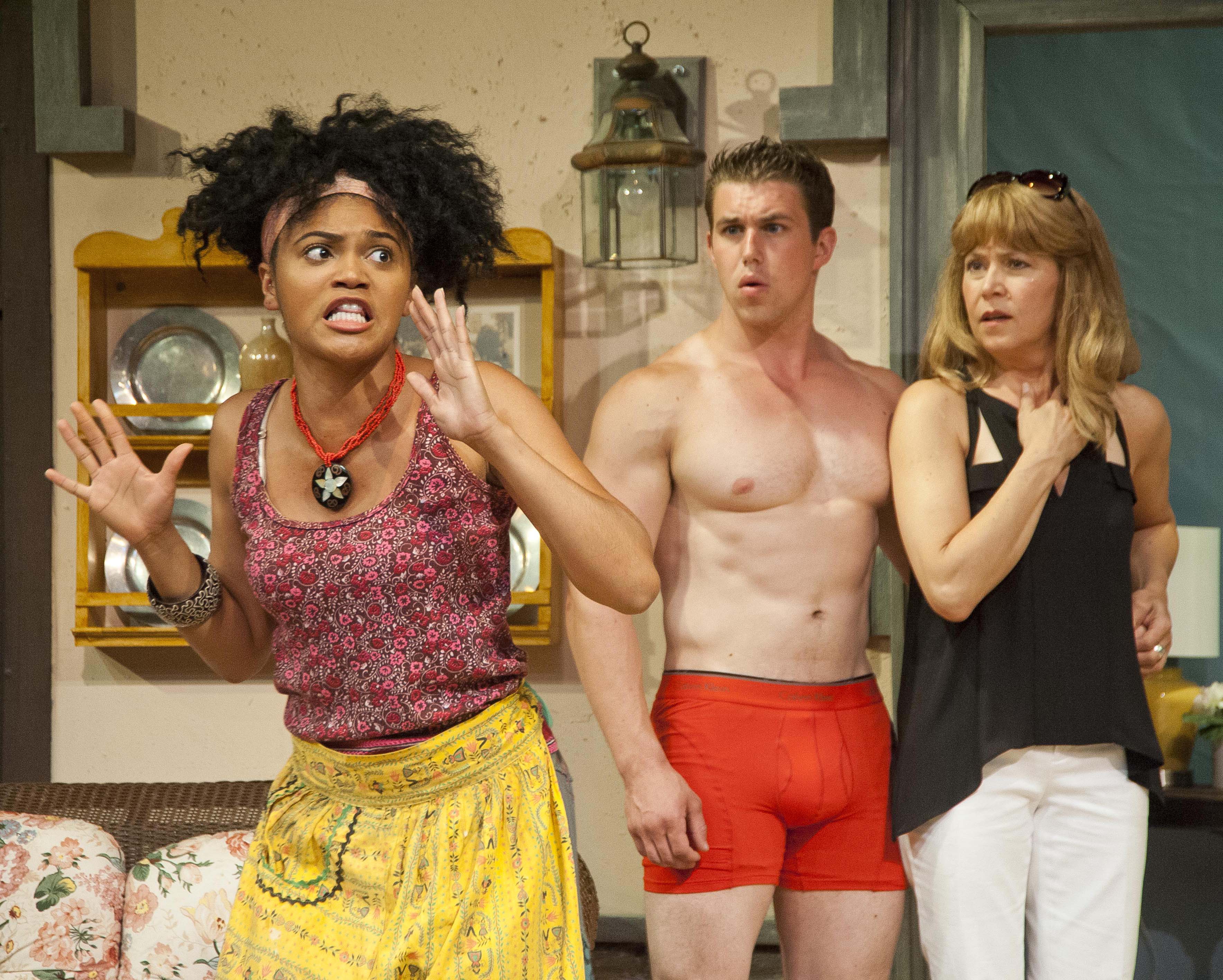 After her initial scene, the audience sits up straighter in anticipation at Angel Moore’s every arrival on stage. Her Cassandra is a beautiful housecleaner gifted with second sight and a propensity to talk about Greek mythology and interfere in family business.

Olivia Saccomanno, amazingly, makes an ingénue who loves everybody and everything interesting — even, or especially, when she plays a molecule in a goofy play within the play. Who will ever forget Jim Frangione’s transformation from repressed, idle brother to passionate defender of a recently vanished world? (“We licked postage stamps. We ate spam like the soldiers in World War II….”) 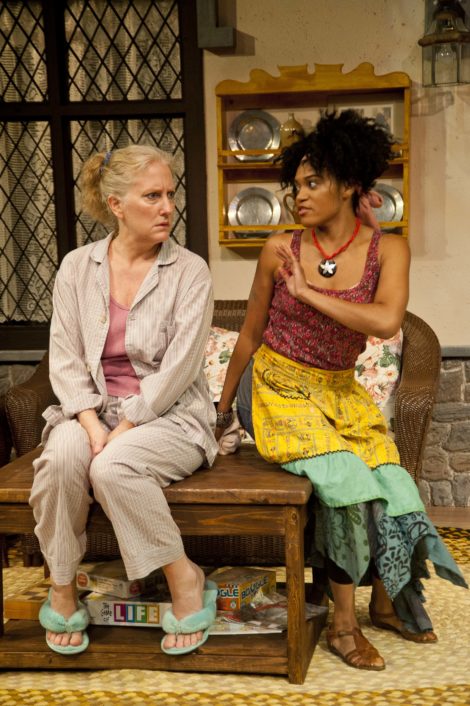 Highest praise goes to Tod Randolph, whose performance is subtle and very strong as the grouchy, self-sacrificing sister, particularly in her surprising telephone scene in Act II.

Director Matthew Penn brought his considerable experience in theatre and television to guide the piece about people’s ambiguous feelings of adult stuckness through sadness and laughter with grace, coaxing out every laugh.

Once again, Patrick Brennan has designed an evocative set that works for the actors and brings the audience in. Mary Readinger has made the actors’ costumes one with their characters. And sight (Matthew Miller’s lighting) and sound (Ian Sturges Milliken’s soundscape) create mood and coherence. 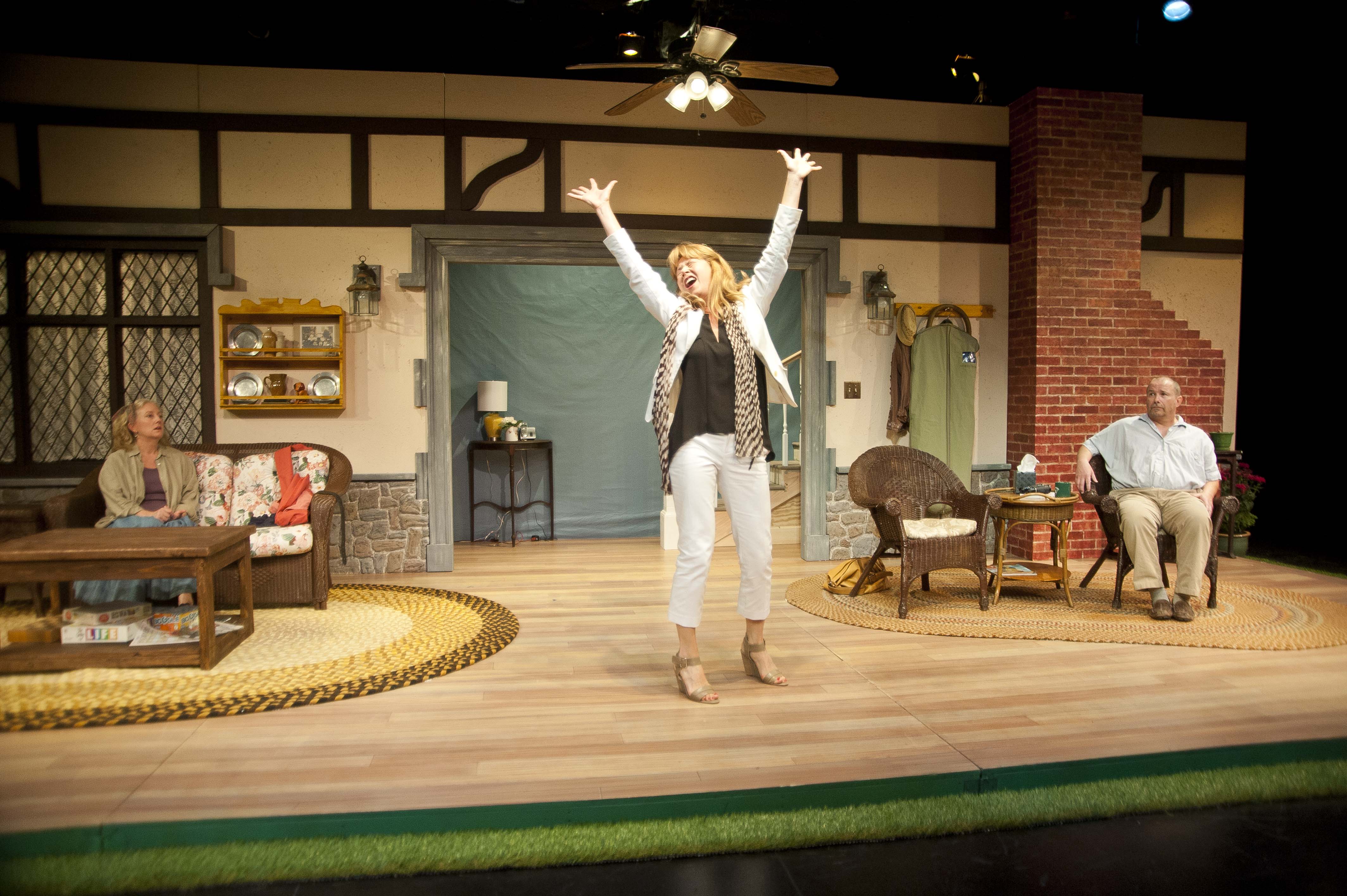 “Vanya and Sonia and Masha and Spike” may not survive as long as Chekhov, but it will give us a good time and plenty to think about while it lurches toward that out-of-reach Moscow that Masha, like her Chekhov namesake, semi-longs for.

“Vanya and Sonia and Masha and Spike” plays at the Elaine Bernstein Theatre through September 14. Order tickets quickly; some performances are already sold out. To purchase tickets and check performance times and dates, consult the Berkshire Edge calendar.