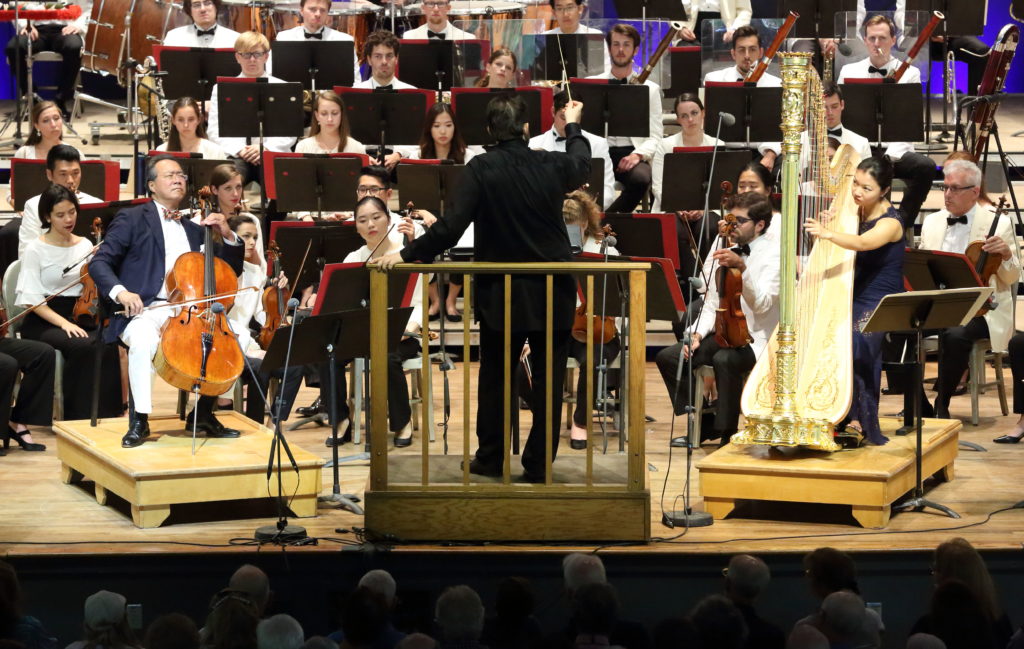 Aaron Copland’s seldom-performed “An Outdoor Overture,” written for the youth orchestra at New York’s High School of Music and Art in 1938 and conducted by a very young Bernstein at Tanglewood in August 1940, began the program. Even to an unsophisticated ear, it is identifiably Copland — youthful in tone and replete with alternating robust and tender melody. Its optimistic mood was especially fitting to begin the program, plus a welcome respite to this summer of our discontent. 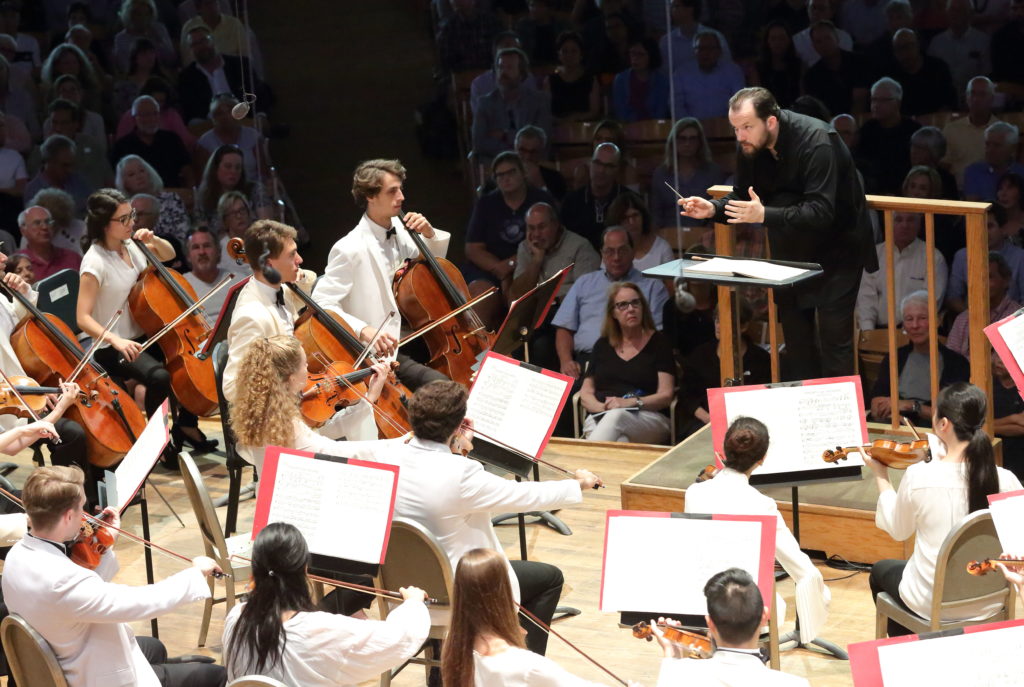 The program’s centerpiece, the world premiere of “Highwood’s Ghost” composed by John Williams for Bernstein’s centennial, followed. Highwood Manor House, one of the grand old residences (built in 1846) on the Tanglewood campus inspired Williams, who recalls that Bernstein once exclaimed as he made his way up up a stairwell, “This place is haunted.” Indeed, the 15-minute works pays tribute to both Bernstein and Tanglewood. Williams’ contrast of cello and harp, performed by the world’s virtuosos, illuminated a shifting series of lights and darks punctuated with quirky dissonance. Most impressive was how Nelsons held the orchestra still long after it had ceased playing for what the audience perceived as an odd, even uncomfortable, period — silence is a sound, too.

Yo-Yo Ma next performed “Three Meditations” from Bernstein’s “Mass.” Some elements sound almost foreign to the Bernstein canon. A general audience might even hear its unusual composition as “Middle-Eastern.” The jazzy aspects of “Meditation #3” were delightful. The selection was occasion for another signature Yo-Yo Ma performance, which reminded me that it’s as captivating to watch Yo-Yo Ma play as it is to hear his playing. 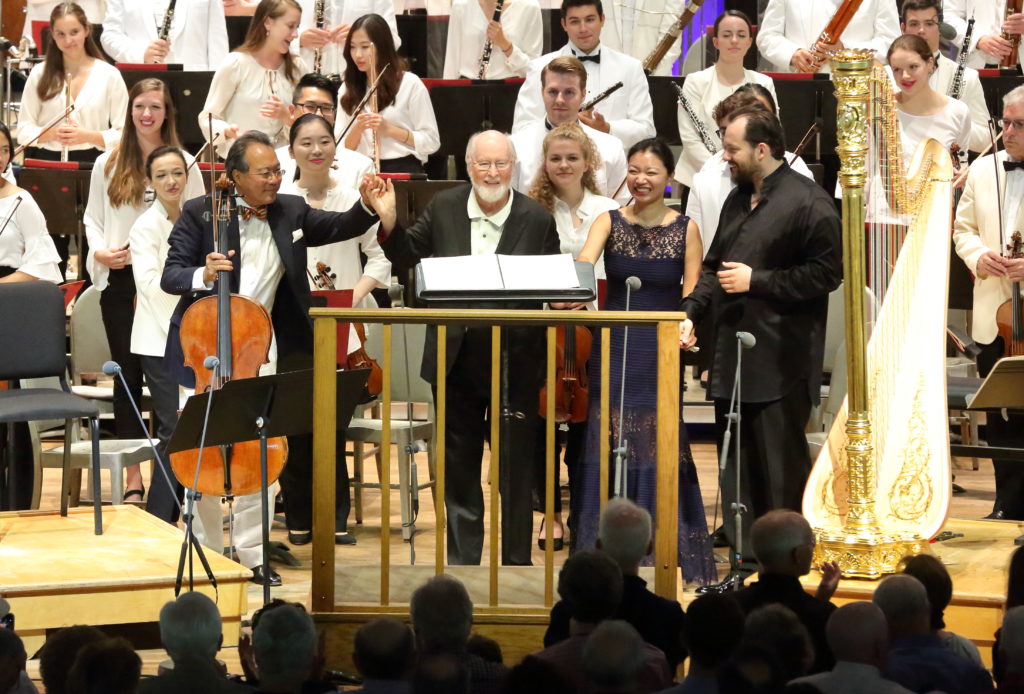 The program concluded with Bartok’s Concerto for Orchestra, which premiered at the Boston Symphony Orchestra in 1944. This was only its fourth performance at Tanglewood. It’s a perfect selection to honor Bernstein because it affords every section of the orchestra full display of its instruments. All of the music fellows who make up the Tanglewood Music Center Orchestra, like the thousands who schooled under or played for Bernstein over the years, get to showcase their instrument in this remarkable work. Some of the complexities of Bartok’s piece elude me, but the spontaneity and the explosion of energy in its finale always thrills.