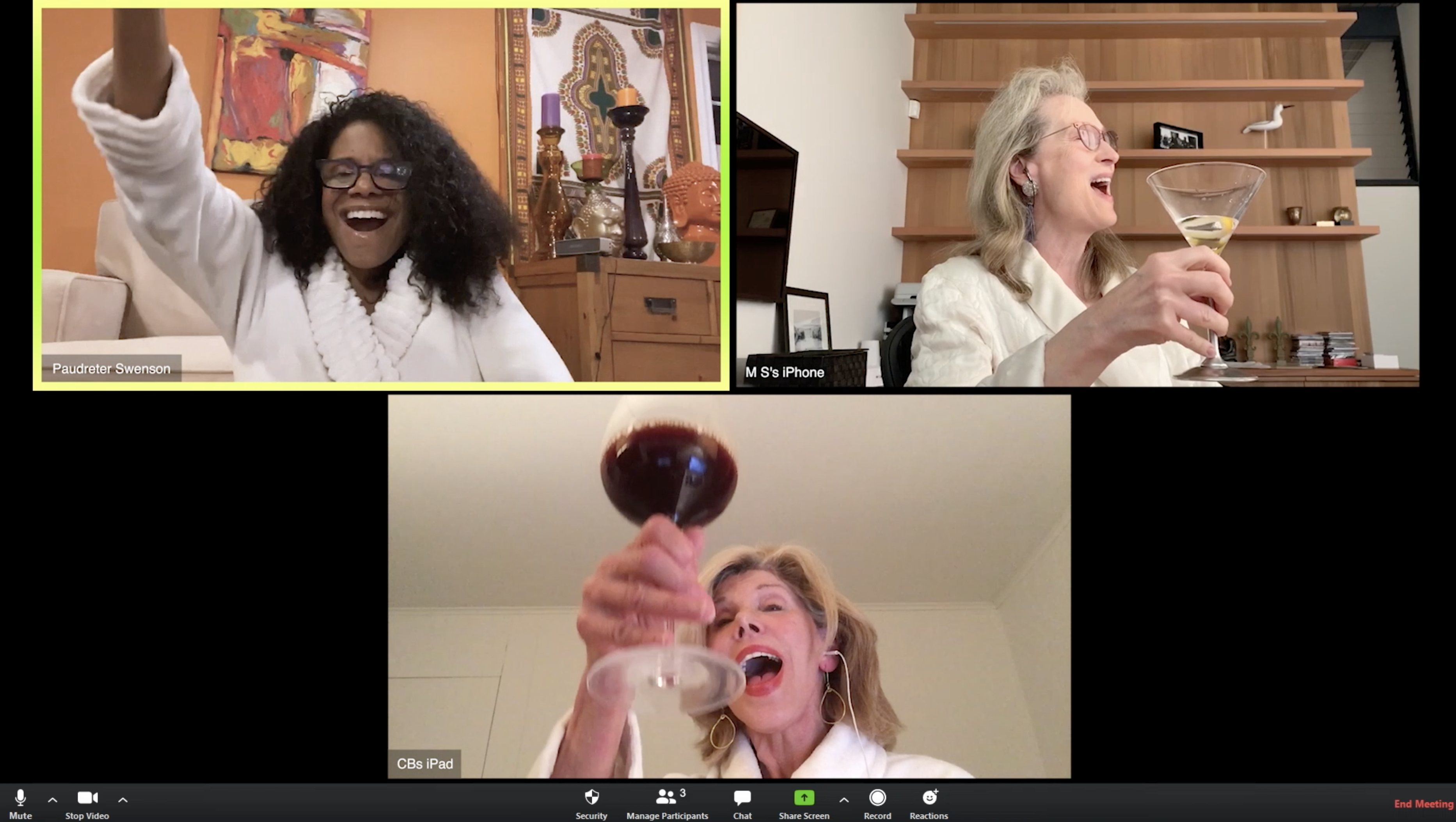 Providence occurs even in a pandemic. The anticipated event of this Broadway season was to have been the opening night of the New York premiere of the gender-revised version of “Company” on March 22, Stephen Sondheim’s actual birthday. The coronavirus foiled all that. Instead, weeks later, on April 27 — exactly 50 years and one day after the Broadway premier of the original “Company” — Broadway’s greatest talents, under the producing hand of host Raul Esparza, celebrated the master’s birthday in a livestreamed tribute performance. The show was as much a testimonial to the enduring power of Sondheim’s work as it was affirmation of musical theater as part of life as we have known it. Indeed, the title of the show, “Take Me to the World” from Sondheim’s early “Evening Primrose” — a haunting plea for normalcy from a young woman who has been sheltered inside for 13 years — couldn’t be any more metaphorically apt.

After a rocky start (technical difficulties in uploading the live program to platforms Broadway.com and YouTube), the two-hours-and-twenty-minutes-long tribute began fittingly with composer Steven Schwartz on piano with the magisterial prologue from “Follies” followed by the upbeat, brass-laden overture from “Merrily We Roll Along” (with 21 musicians in the Brady-Bunched matrix we now know all too well from Zoom). The 31 songs that followed, mostly prerecorded by performers from their homes and most with piano or keyboard accompaniment, were skillfully curated into a whole that reflected the temper of the times. And the collective performances may well make this concert (we should really call it that), if not the best, then certainly among the best Sondheim reviews — and over the decades, there have been many.

Sondheim’s dramatic songs tend to be deeply contemplative; the artistic choices of the show were some of Sondheim’s most plaintive compositions, stretching from his early, less popular work like “Evening Primrose” (a television special commissioned by the ABC Network in 1966) or “Anyone Can Whistle” (that lasted just nine performances in 1964) to his mature, emotionally layered musicals like “Sunday in the Park with George” and “Into The Woods.”

The contemplative songs — interspersed with brief appeals for ASTEP (Artists Striving to End Poverty) and a handful of nonmusical accolades — created an emotional arc, punctuated by some unexpected interpretations of Sondheim classics. Most inventive was Katrina Lenk (who would have opened as the female Bobbie in the new version of “Company”) on guitar, in an arresting, original arrangement of “Joanna” from “Sweeney Todd.” Elizabeth Stanley (currently the lead in “Jagged Little Pill”) performed a marvelous rendition of “The Miller’s Son” from “A Little Night Music” with the most precise lyrical clarity I’d ever heard.

Coming halfway into the program was a powerful one-two punch of two of Sondheim’s most achingly melodic ballads. First up was “Loving You” from “Passion,” presented with beautifully calibrated intensity by Lea Salonga. Laura Benanti followed with a searing interpretation of “I Remember” from “Evening Primrose”:

“And at times I think
I would gladly die.
For a day of sky.”

Sondheim’s simplest of lyrics cut to the quick the most deeply.

With impeccably seasoned timing, Linda Lavin nailed “The Boy From …”, a spoof on the 1960s “Ipanema” international hit that Sondheim co-wrote with his longtime friend Mary Rodgers for the 1966 off-Broadway musical review “The Mad Show.” The most surprising humor in the show came from the comic interpretation of “Ladies Who Lunch” (one of the top 11 o’clock numbers of all time). The number, typically staged as an existential nasty-drunk pity-party, gets remarkably stripped of all its cynicism (there’s not a drop of it anywhere in this tribute) and played for laughs in split-screen singalong by three boozy divas: Christine Baranski, Audra McDonald and Meryl Streep. Another vodka stinger? Why not?

The program sidestepped the overtly political (enough with the orange elephant in the room) but Brian Stokes Mitchell pointfully delivered “The Flag Song” from Sondheim’s most overtly political work, “Assassins.” Unknown outside of Sondheim aficionados, the song was cut from the original production, but its take on what patriotism is really about couldn’t be more timely:

“We can change ourselves tomorrow,
We’re in charge,
We’ve a voice,
An idea about tomorrow
To remember
When the flag has gone by.”

With apologies to any of the performers who this review doesn’t mention (each performance has it’s own distinctive merit), among the male performances that really stood out were Brandon Uranowitz’s “With So Little To Be Sure Of” (one of my Sondheim favorites); Michael Cerveris’ intense “Finishing the Hat”; Chip Zien’s “No More” (reprising the number he introduced in the original production of “Into The Woods” in 1987); host Raul Esparza’s passionate “Take Me to the World”; and Josh Groban’s lovely pairing of “Children Will Listen” and “Not While I’m Around.”

With real Broadway showmanship, the program saved the best for the last. Wisely, producer Esparza omitted “Being Alive” (although Aaron Tveit rendered a sparkling rendition of Company’s “Marry Me a Little” earlier in the program), which would have been, well, too obvious. The three last numbers built in emotional power from an inspirational “Move On” by Jake Gyllenhaal and Annaleigh Ashford (who otherwise would have been performing in the London premiere of “Sunday in the Park With George” this summer) to Patti LuPone’s poignant rendition of “Anyone Can Whistle” (another one of my favorites), concluding with an amazing, piercing a cappella interpretation of “No One Is Alone” by Bernadette Peters.

There’s nothing like being at the theater, seeing performances like this live, but — whether out of our emotional need or the necessity of the crisis — as Sondheim writes in “With So Little to Be Sure Of”: “We had a moment, a wonderful moment.”

The Sondheim tribute should still be available on Broadway.com and YouTube. Stay past the credits: Dozens of members of the Broadway community, on multiples of screens, from multiples of locations, separated by the times come together in unison for “I’m Still Here.” Sondheim’s legacy endures, as does the musical theater his work forever informs.