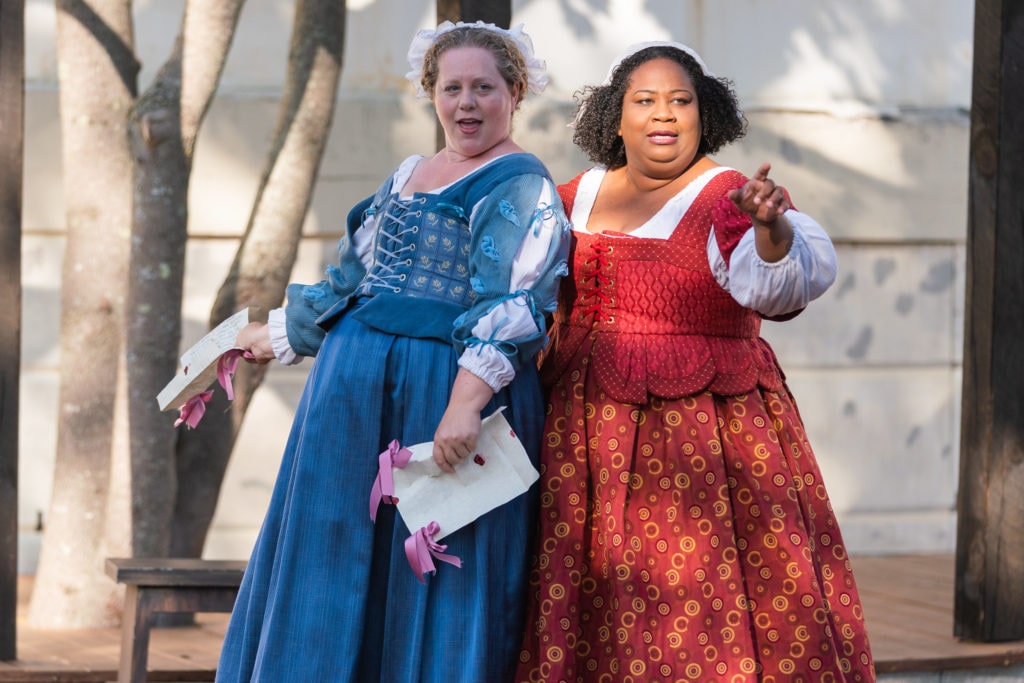 Nile Scott Studios
Jennie M. Jadow and MaConnia Chesser in the Shakespeare & Company production of 'The Merry Wives of Windsor.'

The Merry Wives of Windsor
By William Shakespeare
Directed by Kevin G. Coleman

The weather gods didn’t bless the late August, midweek evening I attended “The Merry Wives of Windsor” at Shakespeare & Company. The Roman Garden Theatre setting, particularly radiant in late summer when the early evening sun has its intense pre-autumn glow, didn’t host the performance of one of Shakespeare’s lesser comedies; a thick, rainy mist shifted the venue to the Rose Footprint tent in the field below the main campus.

Allyn Burrows, artistic director of Shake & Co. (as it’s affectionately called), greeted the quarter-filled tent warmly as usual, thanking us for our loyalty even in lousy weather, and directing our attention to the battery-powered lighting that brightened the space under the darkening late afternoon storm. Typically, shows don’t start in the tent; management reseats the audience in the tent from the Garden mid-performance if it starts to rain.

The audience sparked with that particular excitement associated with something unusual or unplanned happening in theater. Indeed, it was entertaining to see how the seasoned troupe adapted accustomed blocking from the garden to the shallowly thrust platform stage. And it’s always interesting to hear how actors modulate voices in different spaces. 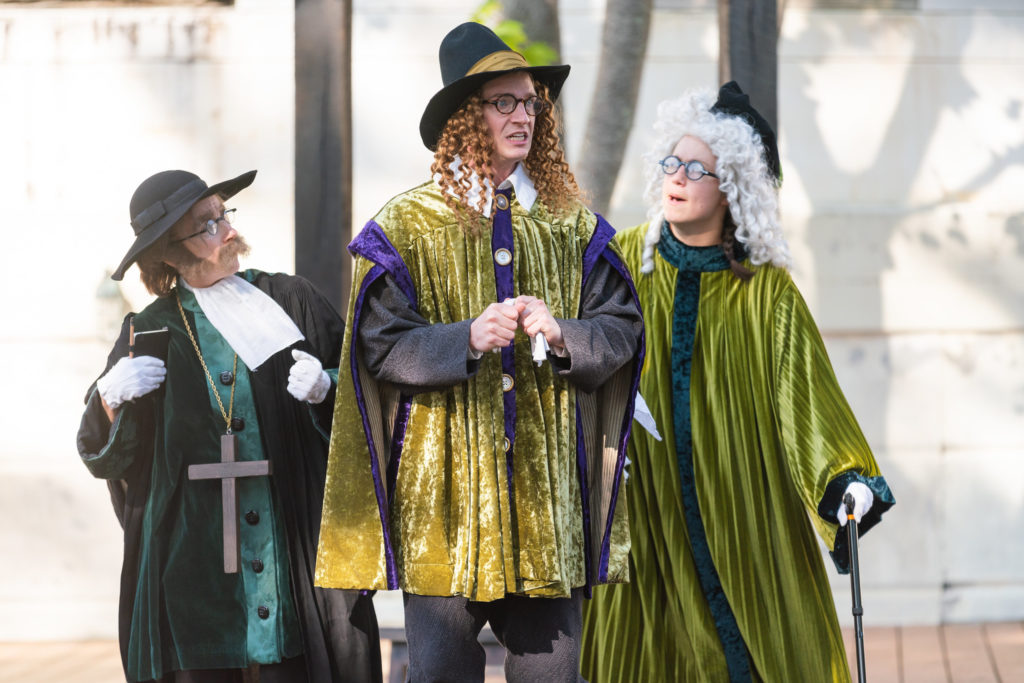 After intermission, the tent went dark; the battery for the lighting ran out. The unflappably good-natured and good-humored Allyn re-greeted the audience with a marvelous anecdote about drama doyen Bob Brustein, who, when faced with a blackout at a Yale Rep performance, encouraged the audience to embrace the “auditory” dimension of the theatrical experience.

Act 2 commenced. A young member of the production crew drove a golf cart around the back of the stage from the campus on the hill, dragging a cable that, sometime in the second act, restored power. The audience applauded; the cast, off-script, slyly acknowledged us acknowledging lights on. Another impromptu moment included a spilled sack of coins, which the cast vamped over for a bit as they picked the money up.

My husband and I sat on the last row of benches, so just behind us and slightly below, almost back-to-back, sat the cast offstage waiting for their next cue or changing costume. It was fun innocently eavesdropping backstage; some players sat silently, some shared silent comments, and some whispered about — the weather?

But, like real troupers, all were unbothered by conditions that steadily worsened. Some improvised, taking advantage of the pastoral setting. Gregory Boover, who plays a dual role, took balletic leaps in the field as the confidant Master Fenton; as the insecure Abraham Slender, he checked out his appearance in the side-view mirror of a maintenance truck parked nearby. 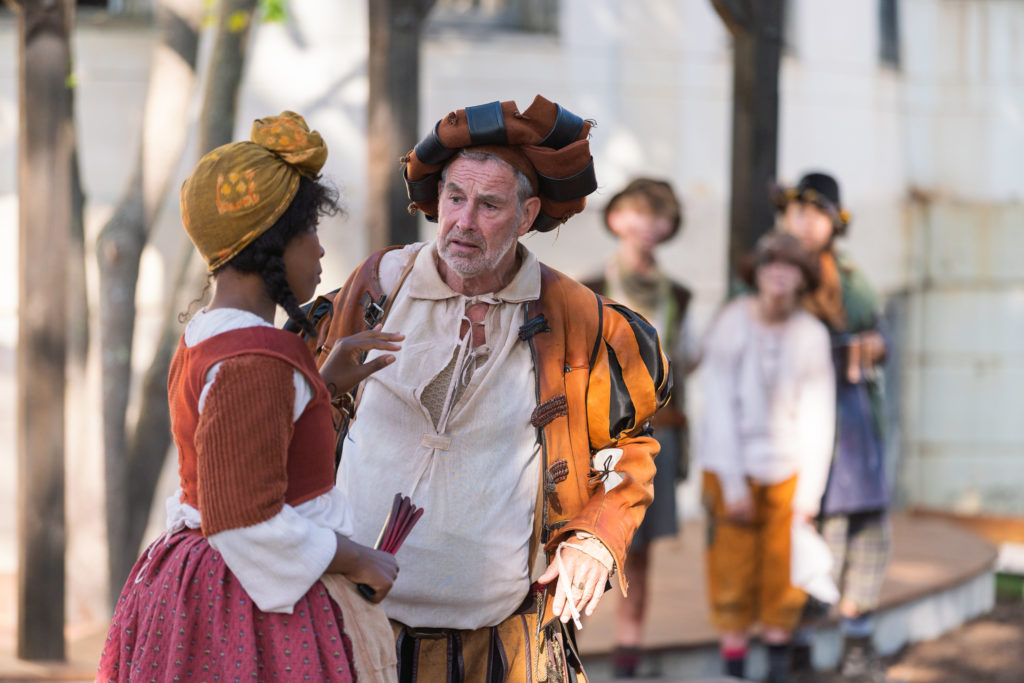 The performance concluded with heavy downpours. It turned out to be the first full performance of “Merry Wives” in the tent due to weather. Rain or shine, ain’t theater grand?

The Merry Wives of Windsor plays in the Roman Garden Theatre at Shakespeare & Company, 70 Kemble St., Lenox, Massachusetts, through Sunday, Sept. 1. For information and tickets, see the Berkshire Edge calendar, call the box office at (413) 637-3353 or go to shakespeare.org.