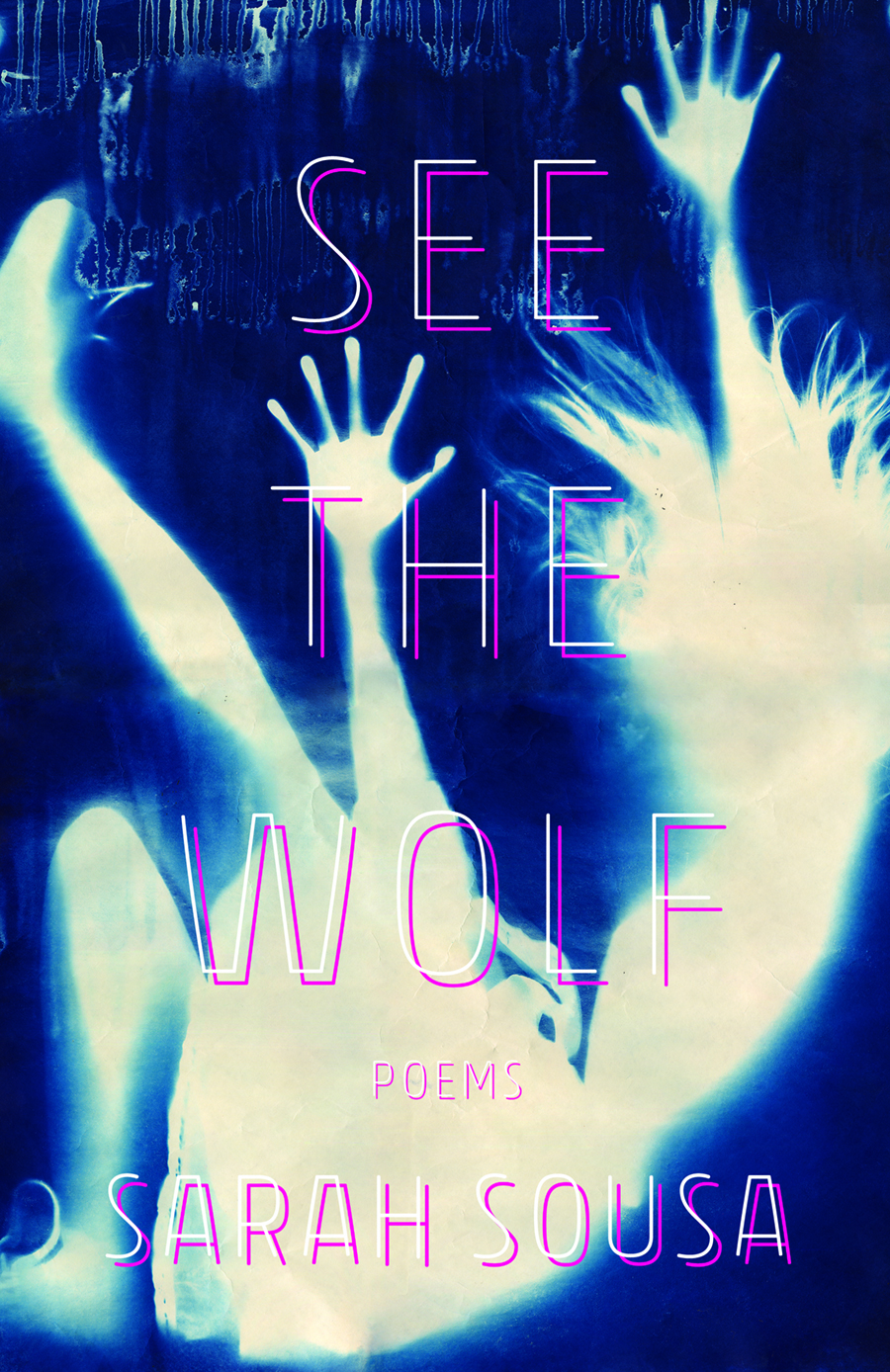 The title of Sarah Sousa’s poetry collection See the Wolf, published last month by CavanKerry Press, came from a seventeenth-century French phrase. To have “seen the wolf” was slang for a girl losing her innocence or virginity, Sousa tells us. The phrase, of course, arose from the French version of “Little Red Riding Hood” written around that time.

Like many before her, Sousa uses retold fairy tale to shed light on modern life, in this case, a childhood set amid a legacy of domestic violence and abuse. This violence, however, happens mostly offstage. What we see is the instilled fear and wariness, the lessons of fairy tales imparted young. Based on what she has written of her family, Sousa is presumably one of the sisters in the book. The forest of the fairy tale is mostly absent; instead, it’s the backyards and kitchens, the grounds of the junior high where her mother forgot to pick her up and she “sat in the deepening dusk /…ripping handfuls of grass out / at the roots,” rehearsing “don’t panic, don’t talk to strangers…/ stay where I last saw you.”

Sousa, who lives in western Massachusetts just outside the Berkshires, is reading this Tuesday, May 22, at the Lee Library, along with the renowned poet Charles Rafferty. The reading is at 5:30 p.m., part of the monthly, free, Writers Read series. See the Wolf is Sousa’s third poetry collection. Another book, The Diary of Esther Small, brought to light the writings of an abused farmwife in late-nineteenth-century Maine, after Sousa discovered her leather-bound pocket diary.

In See the Wolf, the fairy tale trope allows us to consider the 1980s backdrop through fresh eyes, while also providing a kind of distancing from reality. The speaker gazes on the “dollhouse of the newly divorced” where her mother takes control through “obsessive exercise regimes” and is constantly “down on her knees cleaning,” reminiscent of Cinderella. In another poem, the “mother and her friend preen, / too close to the mirror — sparkly silver tops, tight jeans. / And the eye shadow’s heavy, the heels high.”

The logo of the “exercise” studio, the feminine ideal, is but “the caricature of a woman / in leotard: tiny body bulging in the right places, big hair.”

The wolf could be Paw, the speaker’s grandfather, who’d “had a hard childhood” and “around noon…emerged from his bed, squinty-eyed….He was long and lean / and sometimes mean.” The men her mother dated who broke things and set the car on fire are also the wolf. More literally, so is the dog that gouges Sousa’s leg and turns her into “prey,” leaves “a mark that said / good eating.” Amid these intertwined narratives, the sisters “develop their neuroses.” The women are not entirely free from blame either. They are “someone who stays / when she knows perfectly well how to run.”

“I could follow the thin trail of you home,” she pleads to her mother, “but he knows where we live.”

These poems don’t demand pity; their tone is strong like the women ultimately are: “Woman-raised and like certain dogs, they don’t trust men.” The mood stays heavy but the backdrop light. One of the most haunting poems takes place at a drive-in. She’s in the backseat, her mother up front with the boyfriend, watching The Breakfast Club, singing to the pop lyrics of the Simple Minds.

“You would become obsessed and want to kill us,” Sousa writes. “Maybe / you didn’t realize that a daughter is housed inside her mother / like the smallest matryoshka doll, the pea-sized one; the way she looks out / from the same eyes.” Still, the night was a happy memory, kept “long past its usefulness.”

In the final section of the book, soap operas and Cabbage Patch give way to birds, and gardens, and various rooms of one’s own. Some images are darkly whimsical, in line with folklore, such as the poem “Cats Kill Birds for Me” — “They know I collect feathers / into feather bouquets. They know I like a fan / of wings.” Sousa’s imagery, vivid throughout the more narrative poems, loosens and expands as the women perhaps do: finding solace and freedom out of doors, in the wild:

There are glacial deposits

all through these woods, chunks of quartz,

bleach-white and sparkling, here and here,

like something more alien to this place than I am.