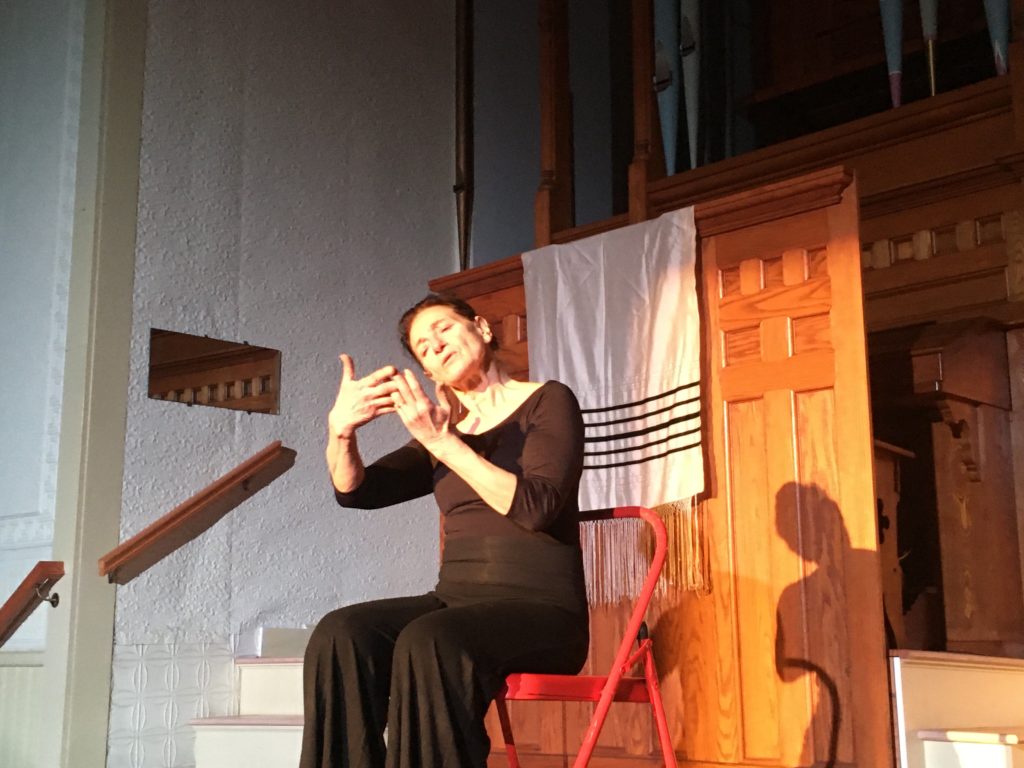 Jeannine Haas
TAMIR in her one-woman performance of NOW.

NOW is a one-woman show written and performed by a powerful multi-talented actress who goes by the name of TAMIR. The name is spelled in all capital letters, and somehow, this feels right. TAMIR’s NOW is the fifth solo show she has written and performed, and its world premiere is being sponsored by Pauline Productions at the First Congregational Church of Ashfield, Massachusetts. 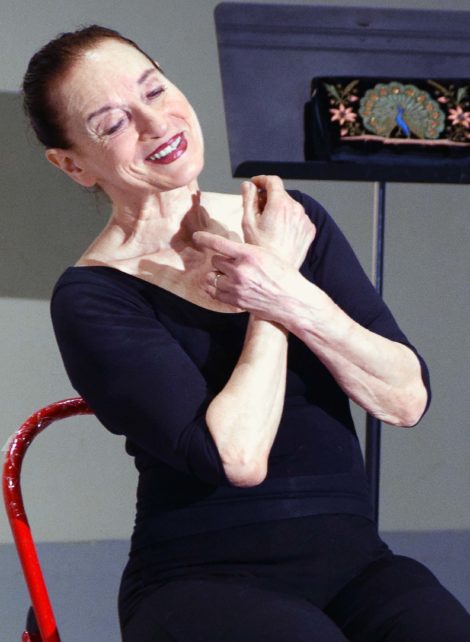 The set is spare; just a red chair and a small bag, and the rhythmic cello music sets the stage for the actress’s entrance. She wears black, with red shoes. Such simple symbolism erupts at certain points in her story, and red becomes the mark of violence and blood.   The show is a powerful memoir of angst, war, a girl growing to womanhood in a patriarchal system, and the healing refuge provided by art. When TAMIR discovers the work of William Shakespeare, she realizes that there are indeed universal experiences that help us understand the human condition. As TAMIR says, Shakespeare is “the wondrous wizard of words.”

Some of the big themes in this story include the power of patriarchy and how it silences the speech of girls and women, but there are moments of self-realization that show people have the capacity to heal trauma through religion, culture, thought, and art. While TAMIR’s story is unique to her, she speaks for every woman of a certain generation who grew up with unexplained expectations of how the world would be, and women’s places in that world.

TAMIR’s lithe dancer’s body and her velvet voice weave a story much like a quilt. Sections of her life are told with little embellishment but the juxtaposition of images, including attempted suicides, an abusive father, living alone at age fifteen, and the dehumanization of serving in the Israeli Army, for example, all come together and somehow, become a thing of beauty. She knows how to skillfully draw an audience to her through physicality and clever interplay and by the end of the performance, you’re left with the feeling that somehow, she’s been able to get the audience’s hearts beating in unison. 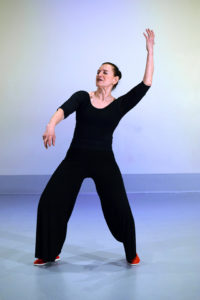 Staging NOW in a small church sanctuary is remarkably effective. There is a spirituality to TAMIR’s presence and the intimacy afforded by the venue undoubtedly contributes to the power of the piece. Martin Jason Asprey’s direction clearly helps establish place and time, and Ezekiel Baskin’s lighting design and implementation are perfect complements to the action and emotion.

Indeed, art can exist anywhere, and TAMIR’s explosive performance in NOW demonstrates that even a small church in a small town can be a venue for a beautiful work of performance art.

NOW will be performed January 11 at 7:30 pm, and again at 2 p.m. on January 12 at the Ashfield Congregational Church, 429 Main Street (Route 116), Ashfield, Mass. See The Berkshire Edge calendar for more information.

— Sappho
Read next: Illuminating the Hidden Forest, Chapter 28: The miracle of milkweed