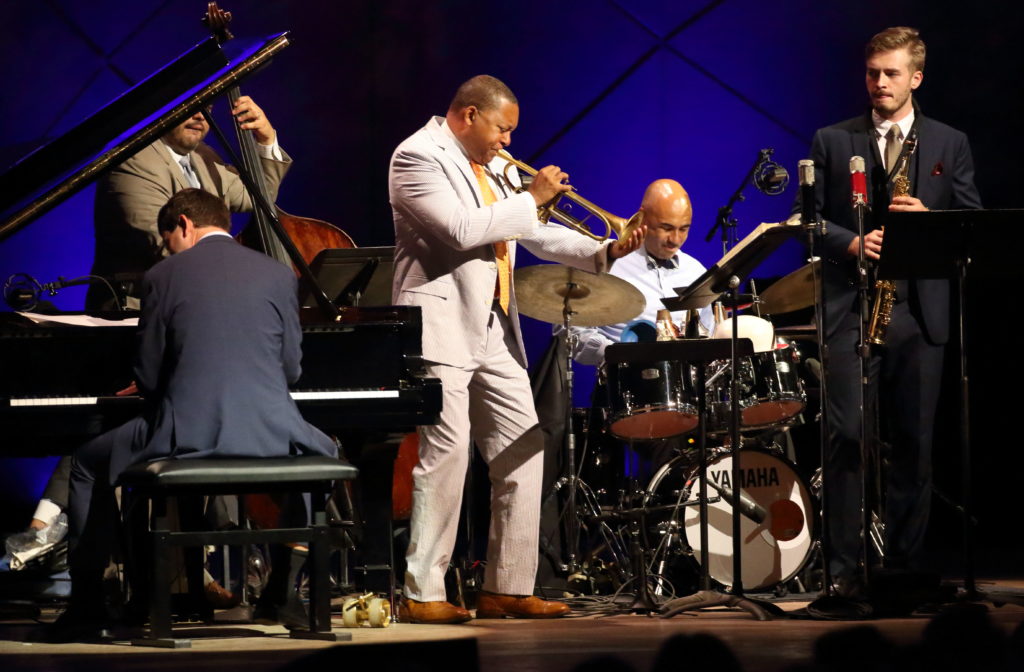 Hilary Scott
The Wynton Marsalis Quintet in a Sept. 1 performance at Tanglewood.

Lenox — When your dad is your band’s opening act, you should expect the unexpected. Grammy Award-winning jazz trumpeter Wynton Marsalis probably didn’t expect his 83-year-old father to upstage him on September 1 at Tanglewood, but there were times on Saturday evening when New Orleans jazz legend Ellis Marsalis seemed to eclipse his son — like every time he entered or exited the Shed stage. That’s right: Simply showing up at the venue was enough for the senior Marsalis to elicit prolonged standing ovations from a savvy Shed audience that obviously recognized his stature as a pianist, educator and mentor to generations of storied New Orleans jazz musicians (including not only his own sons, but also people like Harry Connick Jr.). To be sure, Wynton Marsalis received his share of enthusiastic applause on Saturday, but he was obliged to earn it in the usual fashion: on the spot (which he was quite well prepared to do), whereas Wynton’s father earned his accolades over a period of nearly three-quarters of a century. Such modern-day recognitions as Ellis Marsalis received at Tanglewood may be seen as icing on the cake of a seven-decade career in music. 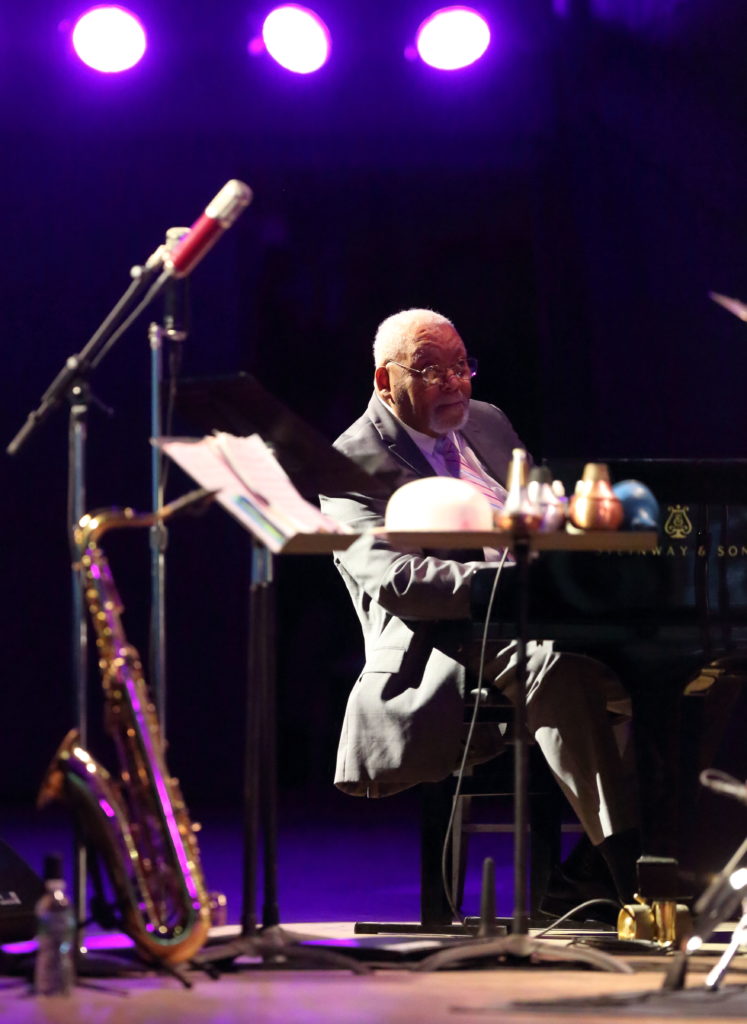 After performing, composing and teaching jazz music for over 70 years, Ellis Marsalis is ideally suited to serve audiences of the sort that came to Tanglewood. He understands that even the most sophisticated jazz listener enjoys an old standard once in a while (along with the occasional 12-bar blues number). Accordingly, pieces by Herbie Hancock and other jazz greats appeared on Ellis’ setlist, along with a couple of his own pieces.

Jazz musicians who have something to prove can be hard on audiences. All that proving can quickly become tiresome to casual music listeners when notes of dubious tonal provenance rush out at high velocity measure after measure (as they are wont to do, for example, in the various bebop jazz styles).

Virtuosi of all musical genres often feel obliged to demonstrate their technical chops for the satisfaction of listeners who came into the hall for the express purpose of witnessing virtuosic displays. We look for such displays from musicianssuch as Bela Fleck and Chris Thile, and most of Wynton Marsalis’s fans have similar expectations. The Grammy-winning trumpeter has all the chops one could hope for, and he delivers. But his technique isn’t solely about flash and dazzle. It’s also about taste. And this is where Wynton’s father has played such a crucial role in his son’s musical education. Certainly, Wynton Marsalis is capable of pulling off the flashy stuff. But his father’s influence is most telling when it comes to the more subtle manifestations of the younger man’s musicianship. 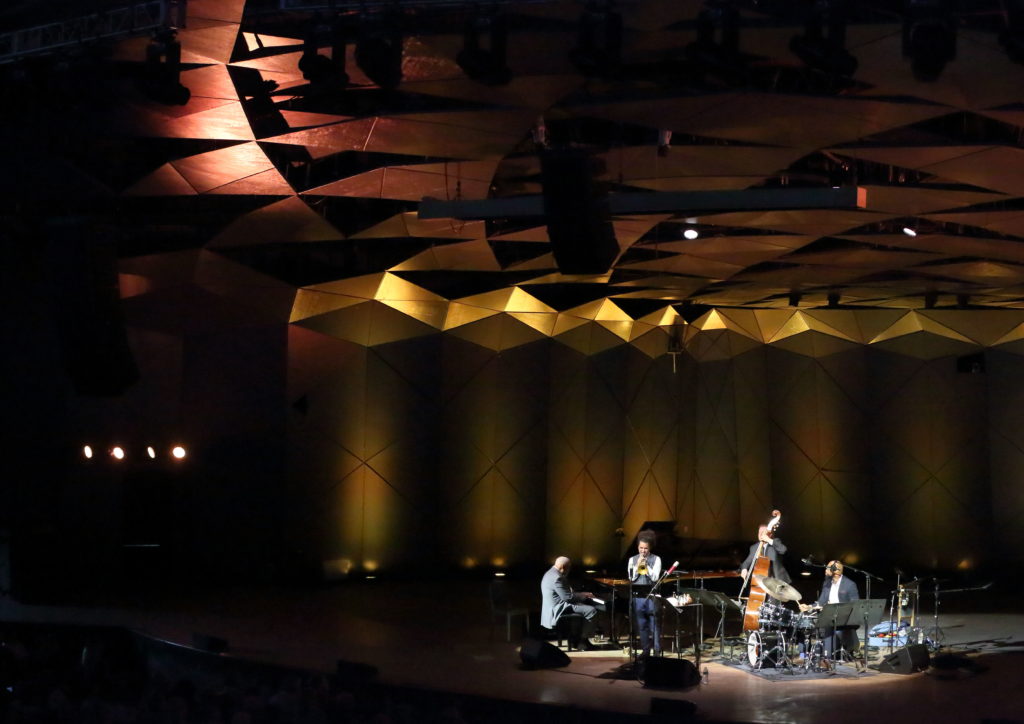 The Ellis Marsalis Quintet in a Sept. 1 performance at Tanglewood. Photo: Hilary Scott

Virtuosity can manifest itself in a single note. And, with every note he plays, Wynton Marsalis demonstrates exquisite control over the timbre of his instrument. (He can play the very highest note at the very lowest volume.) It’s not the velocity (or even cleverness) of notes that matters most to Wynton Marsalis. It’s the tone he produces.

Taste is the very essence of the Marsalis family’s musicianship, and it seems to depend almost entirely on Ellis’ tutelage of the countless musicians who have come within his orbit over the last 70 years.