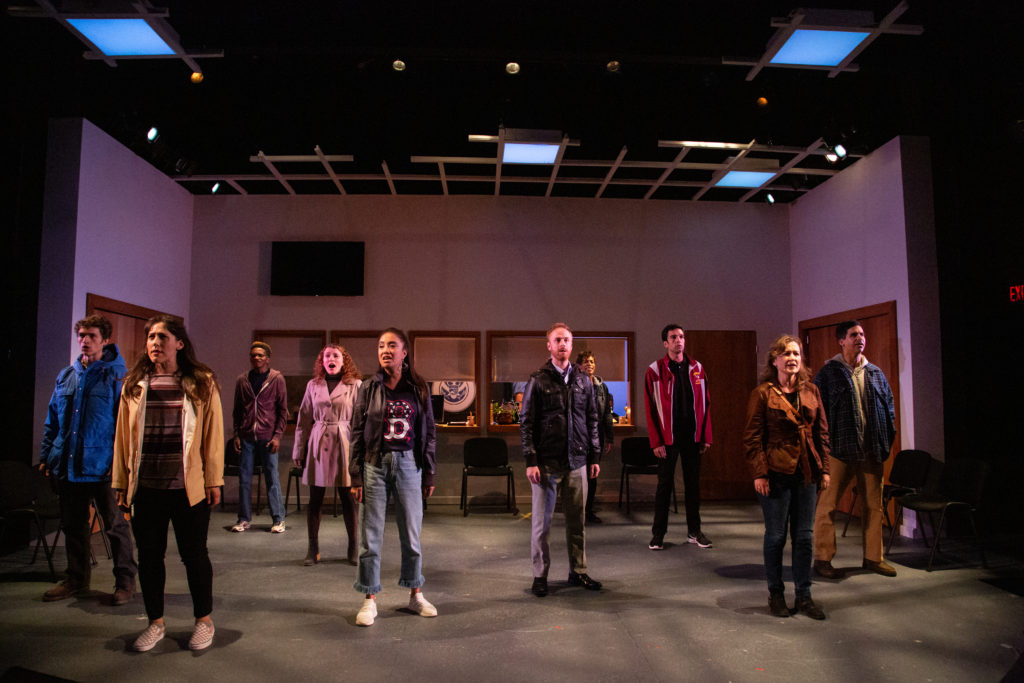 Emma K. Rothenberg-Ware
The cast of the Berkshire Theatre Group production of 'Working: A Musical.'

On the surface, there’s no timelier proverbial middle finger to Trump’s recent nomination of an anti-labor ideologue to be secretary of labor than Berkshire Theatre Group’s “Working: A Musical,” based on Studs Terkel’s 1974 book and that was first staged in 1978. But director James Barry, working from 2012 revisions to the musical, rises far above the nasty polemic of today’s headlines to render an unflinching, eloquent and poignant picture of America at the crossroads of its real values. 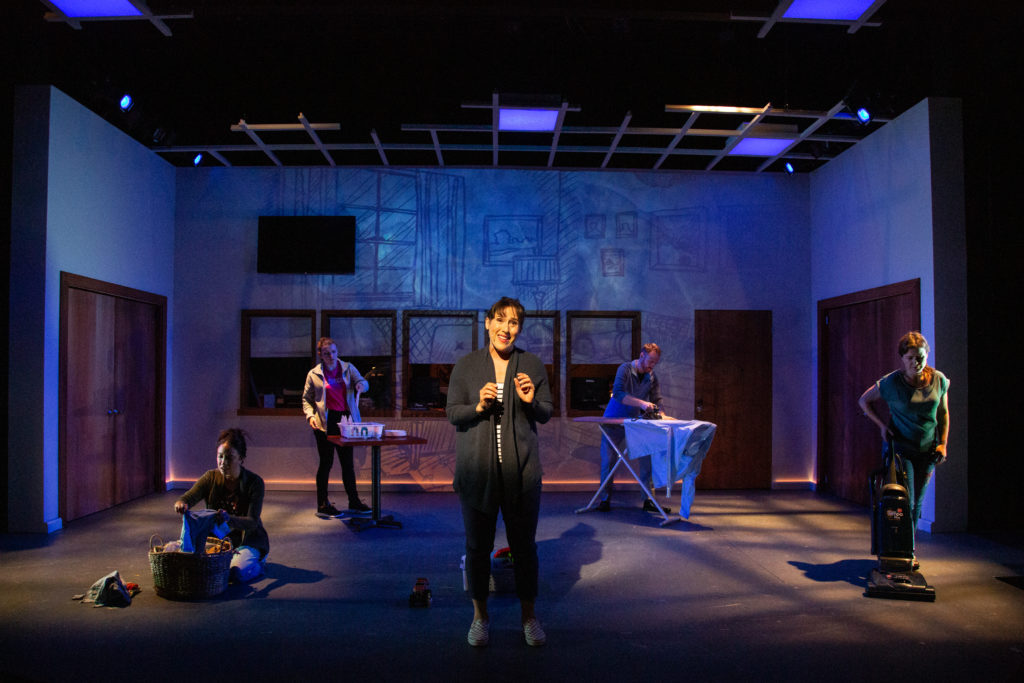 Barry cleverly sets the stage as an open room with office chairs (the cheap, stackable kind), a walled backdrop with five glassed windows (behind which the four-piece orchestra plays), doors on the side walls, and industrial ceiling lights. The scenery, designed by Nicholas Hussong, is ingeniously enigmatic, suggesting an immigration center, office waiting room, or perhaps steerage in yesteryear’s ocean liner. The ethnically and racially mixed cast of 10 of gender parity, in unison, recite Emma Lazarus’ sonnet to the Statue of Liberty: “Give me your tired, your poor, your huddled masses…” What enfolds conforms to the subtitle of activist and poet Terkel’s original book: “People Talk About What They Do All Day and How They Feel About What They Do.” Over two dozen workers—from the firefighter to the receptionist, from the sex worker to the schoolteacher—in a series of interwoven monologues and 14 songs, testify to the ups and downs, the benefits and costs, of work in America. Songs by Stephen Schwartz (“Godspell,” “Pippin,” “Wicked”) lead the anthology with contributions from five other composers.

The outstanding numbers that combine extraordinary individual performance and song include one of two contributed in 2012 by Lin-Manuel Miranda (“Hamilton”): “Delivery,” in which the UPS man (played by Miles Wilkie) fantasizes about the sexy women at the homes he happens along on his tedious daily route. “Brother Trucker” (Tim Jones), written by James Taylor, not only gives voice to the loneliness of the long-distance driver but also the emotional dislocation from his wife and family. “Just a Housewife” (Farah Alvin) poignantly addresses the indignity of being told managing a household is not really having a job at all. 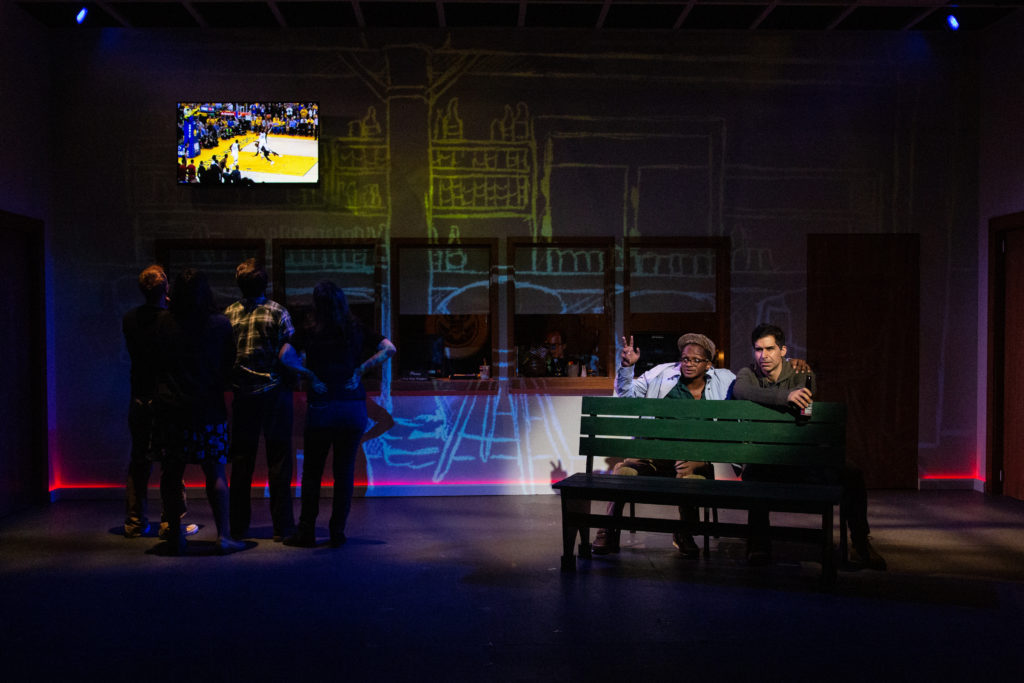 In “Millwork,” Julie Foldesi sings about the occupational hazards of factory work. She doesn’t complain; it’s how she gets food on the table. The “Mason” (Rob Morrison, the most versatile in the cast) celebrates the reality of hard, manual labor; his stone walls endure. The most exceptional number is “Joe,” in which a young, charismatic Miles Wilkie plays a semi-senile old man wrestling with the memory of a lifetime of work and the emptiness of his retired days. Wilkie’s vocal interpretation of this elusive, simple melody by Craig Carnelia is wonderfully distinctive.

Director Barry integrates book and song adroitly, greatly aided by the imaginative choreography of Ashley DeLane Burger. The highpoints are “Trucker,” in which Burger creates the rhythms of high-speed highway hauling with ensemble and office chairs; and “Millwork,” in which the cast’s mechanized movement makes real the grueling drudgery of the assembly line. (The dance is less successful in “Cleanin’ Women”: too much mop as prop.) Orchestrations are fine; the keyboard the mainstay, percussion perhaps a tad prominent. 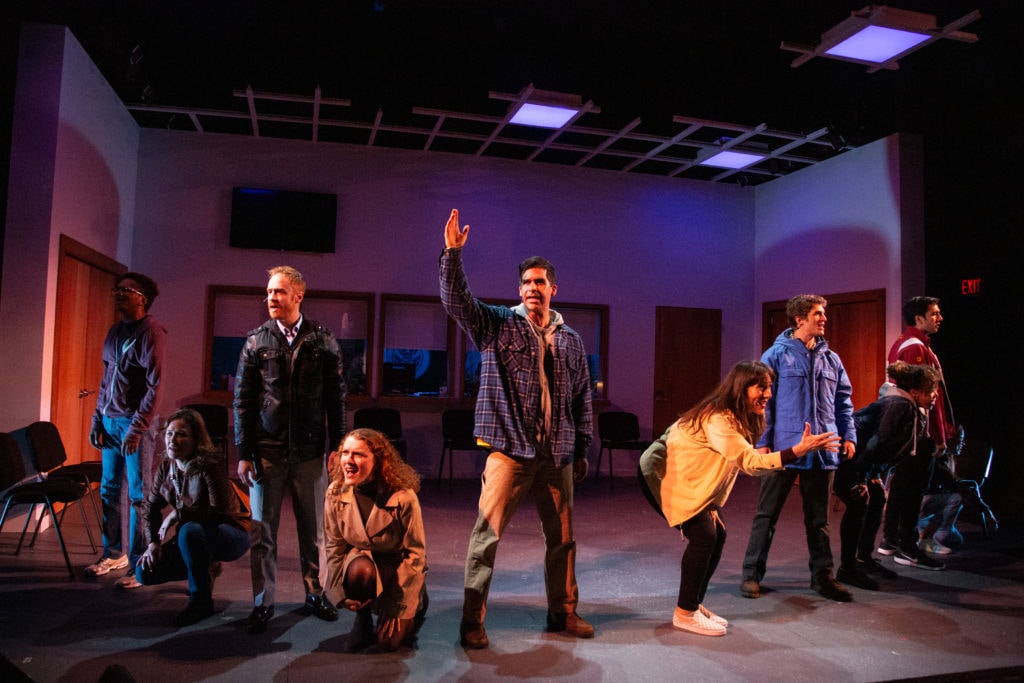 The cast of the Berkshire Theatre Group production of ‘Working: A Musical.’ Photo: Emma K. Rothenberg-Ware

The last numbers of “Working” cut to the bone about what makes work in America uniquely American: the belief that hard work will make it better for the next generation. The powerfully voiced Erica Dorfler brings that home, gospel-style, in the electrifying “Cleanin’ Women,” in which she vows her daughter, unlike the four generations of women before her, will not mop floors. In “Fathers and Sons,” Denis Lambert plays a frustrated father, angrily worried that his job of uncertain security in a changing world portends a failed promise for a better life to his own son.

Remarkably, director Barry maintains a steady, dispassionate tone throughout the show, performed in one act. Barry neither sentimentalizes, even when hardships abound, nor preaches, even when the triggers to today’s culture wars—race, education, ethnicity, economic status—are obvious. He lets the workers’ stories and songs speak for themselves.

And in case you were wondering throughout the performance what the open-room set was all about, Barry’s final directorial touch points toward an America that remains an open door.