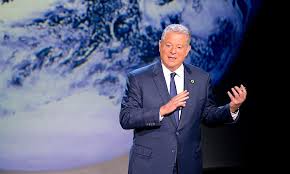 That’s the message conveyed by the latest climate change documentary An Inconvenient Sequel: Truth to Power. As the title implies, the film is a follow-up to the award-winning documentary An Inconvenient Truth (2006). That’s right, former vice president Al Gore is back at it, relentlessly raising awareness of the existential crisis that is global warming. It’s a cause he’s been working on for decades, and his frustration – even a sense of personal failure – is clearly expressed through this film. 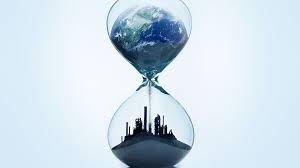 Like its predecessor, An Inconvenient Sequel tackles the subject of climate change with accuracy and affirmation. While the first film might be characterized as a wake-up call, the sequel wrestles with solutions. It still reminds us of the reality we’re faced with – extreme weather events, consecutive hottest years on record, the increased range of mosquito-borne diseases – yet it also begins to explore the international response to this global threat.

At the diplomatic and policy level, that response is of course represented by the historic Paris Climate Agreement, a common commitment to action reached by virtually every nation on Earth in December 2015. As the film shows, Gore played an important role in the Paris negotiations. Were it not for his deal-making, the whole agreement might have fallen through. In early June of this year President Trump, who brags about his own deal-making superiority, announced the U.S. will withdraw from the Paris Agreement.

That decision sparked a wave of defiance from cities, states and businesses determined to lead the U.S. forward toward a renewable energy future. In terms of technology, we have the capability to move beyond fossil fuel. Solar energy is already taking off everywhere, from Chile to remote villages in Africa. Here in America, a handful of cities have achieved the status of running on 100 percent renewable power, with many more working towards that goal. Gore visits one of these “100 percent” cities, which just happens to be in the state of Texas. If a conservative community in a state synonymous with Big Oil can convert to clean energy, then it should be happening all over this country.

The advance of clean energy is encouraging, but what the film fails to depict is the grassroots movement emerging to demand climate justice. There were no scenes of the People’s Climate marches, or of the demonstrations and arrests outside the White House protesting Keystone XL. No mention was made of the incredible indigenous-led resistance to the Dakota Access pipeline, or of the landmark youth climate lawsuit now headed for trial. To be fair, the film did reference past social movements in connecting the current struggle to the tradition of social change breakthroughs in civil rights, women’s suffrage, etc. The concluding impression is that it’s up to all of us to speak truth to power and mobilize for climate action, though that is already happening. For someone like me who has been in this fight for a long time, the film mostly misses out on the actual fight, and that is disappointing.

Instead, it focuses heavily on Gore’s mission, portraying him almost as some kind of climate messiah. Given that this is his movie, though, that is expected and probably excusable. One particularly insightful moment comes when he admits to the failure of the political process in tackling this issue: “In order to address the environmental crisis, we’re going to have to address the democracy crisis.” This is absolutely correct. Yet rather than try to change the system, Gore and his team continue training people to appeal to their political leaders to take action. Gore is, of course, a political insider, so it’s not surprising that he works within the system, trying to form alliances with those at the top of the current power structure. A scene shows him meeting with former Secretary of State John Kerry, and another shows him inside Trump Tower (presumably on his way to meet with the president). But now that the State Department is literally run by the (former) CEO of ExxonMobil, this strategy becomes questionable. 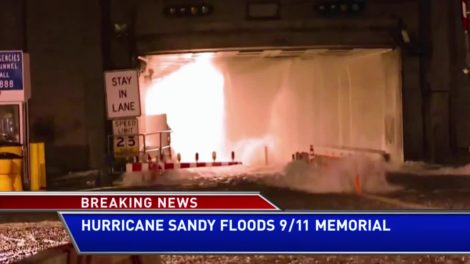 All that aside, An Inconvenient Sequel does sufficiently deliver on depicting the climate crisis at hand. From the melting glaciers of Greenland to the flooded streets of Miami Beach, the film makes it undeniably clear that climate change is here and now. There is footage from Typhoon Haiyan that struck the Philippines in 2013. Reference is made to the increasing frequency of heavy rain events, called “rain bombs,” including pre-Harvey historic flooding in Houston in 2015 and 2016. Now with Harvey still fresh in the public conscious, the climate change connection must not be ignored.

Overall, this film is just okay, unfortunately not Oscar material like the prequel. Partly that is due to the climate documentary genre becoming increasingly crowded. This kind of movie may have been groundbreaking a decade ago, but by now it has become common. Furthermore, for those avid environmentalists and climate advocates out there, Gore is preaching to the choir. Personally, I didn’t leave feeling more informed, inspired or impassioned. Nevertheless, I appreciate the effort to continue to shine the spotlight on the defining crisis of our time.

An Inconvenient Sequel: Truth to Power is currently playing at Images Cinema in Williamstown. See www.imagescinema.org for show times. The final showings are this Thursday, September 7th at 7 p.m. and 9:30 p.m., sponsored by Williams College Center for Environmental Studies in celebration of their 50th Anniversary. Williams College students with ID will be admitted to these shows free of charge. Elizabeth Kolbert, Pulitzer Prize winner for her book The Sixth Extinction, will speak between these two shows.