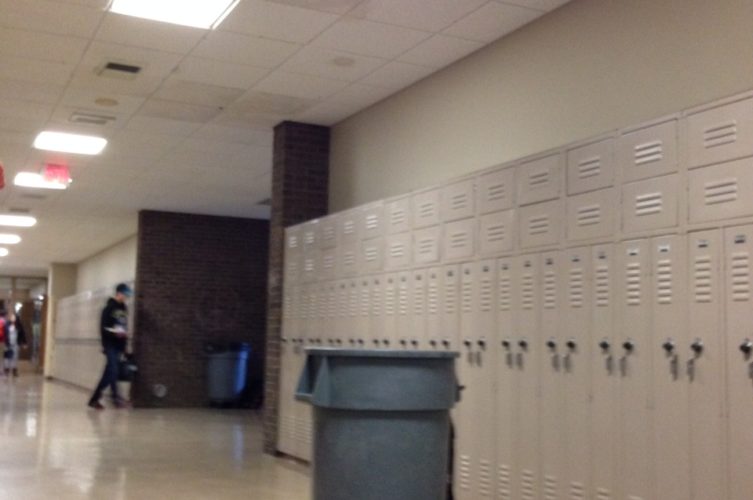 Great Barrington — The committee tasked with assessing the needs of Monument Mountain Regional High School’s physical plant met last Wednesday (December 10), and emerged with a written overview and list of “immediate” and “near future” needs of the deteriorating high school, which, if undertaken, are estimated to cost between $26 million to $34 million.

The Berkshire Hills Regional School District’s Buildings and Grounds subcommittee did not include in the estimate “other notable costs” such as “insurance, permits, legal, contingency, hazardous waste abatement (across all projects), demolition or bonds,” according to their preliminary report, which, as of last week, had not yet been reviewed by the district’s Director of Operations, Steven Soule.

The estimates were drawn from schematic design estimates that were part of the Monument High renovation project which Great Barrington voters foiled in November. That proposed $51 million renovation, that included the creation of new science classrooms, would have been eligible for a $23 million state reimbursement, bringing the total Berkshire Hills Regional School District obligation down to $28 million for the three member towns: Stockbridge, West Stockbridge and Great Barrington. The subcommittee’s report issued the caveat that “these estimates are only ballpark figures that serve as an order of magnitude and should not be construed as final or even as comprehensive.”

School Committee Vice-Chair and Buildings and Grounds member Richard Bradway said in no way was this list of priorities for repairs and upgrades a “formal endorsement,” but rather a “starting point for a dialogue.”

But the repairs, their meeting minutes said, require a larger conversation that includes the community, about “the desired enrollment and programming for the school.”

This is not a committee — and a task — for the fainthearted. Just ask buildings and grounds member Kristin Piaseki. “None of us are architects or designers — do we collectively even know how to go through a list like this ourselves?” she asked the other school committee members at their meeting the following day (December 11). “It’s almost silly,” she said, “we have had a bunch of people tell us how to redesign the school and we didn’t get the money to do it, and now were going to use volunteers to pick through…”

Director of Operations Steven Soule is helping the subcommittee with their facts and figures, but even Soule, with his expertise, can’t prevent the can-of-worms effect when one begins to make repairs or upgrades to an old public building.

“Any one of these priorities probably would trigger code,” Bradway noted. “We’ve been grandfathered in for so long.”

Bradway was referring to the requirement that repairs or renovations that are more than routine now invoke the necessity to go beyond an individual repair project in order to make the school facility comply with local and state building codes, such as the Americans with Disabilities Act.

It’s the horn-lock between money and education, with all its attendant expenses. Even with the focus on immediate needs, or those requiring attention in the near future, the subcommittee nonetheless has entered a decision-making maze presented by what the district and the state say is an aging, unsafe and unhealthy school in a climate of taxpayer anger over rising school budgets, not to mention Great Barrington’s larger share of costs.

Superintendent Peter Dillon asked the multi-million dollar question: “How much can we afford to do now, versus what we might defer for some other possibility down the road?”

If last week’s meeting discussion was any indication, making repairs on a building with such high needs appears to be a gamble, with so many unknowns about changes to school populations, a possible future renovation and a host of other variables. One idea that had circulated in the community, according to the subcommittee’s report, was “mothballing certain portions of the building if enrollment goes down through a natural decline in population or as a result of a business decision.”

Security is first on the priorities list with an estimate of $2 to $4 million; followed by safety at $4 to $6 million; the roof, at $5 to $9 million; HVAC and boiler at $10 million total; plumbing at $1 to $2 million; and electrical at $2 to $3 million. The list did not include upgrades to technology, accessibility, building code, or “Classrooms/Vocational/Library/Auditorium/Gymnasium Spaces.” Nor did the list include temporary classrooms.

“What can we do to hang on for five years or how ever many years it is [until a renovation],” said school committee member Fred Clark, who later wrote in an email, “There is no doubt in my mind that Monument should be renovated — the issue is having those who benefit share the costs. That largely means dealing with school choice and tuition which collectively make up a third of our students.”

“BHRSD should set a time goal to bring the renovation back, say five years,” Clark also wrote.  “Every repair/replacement should then be done with that in mind. I will advocate for doing the minimum required to maintain a level of safety during the interim.” Clark said he is working on a renovation timeline that considers a host of variables, and would time the debt service to reduce the hit to the towns.

“I’d like to see what are absolute must ‘haves’,” said Committee Chair Stephen Bannon, who noted that until there was a larger plan for a building with “so many deficiencies,” he didn’t want to spend any more money than necessary on repairs. “We need a strategic plan for the building.”

Director of Operations Steven Soule could not be reached for this report.