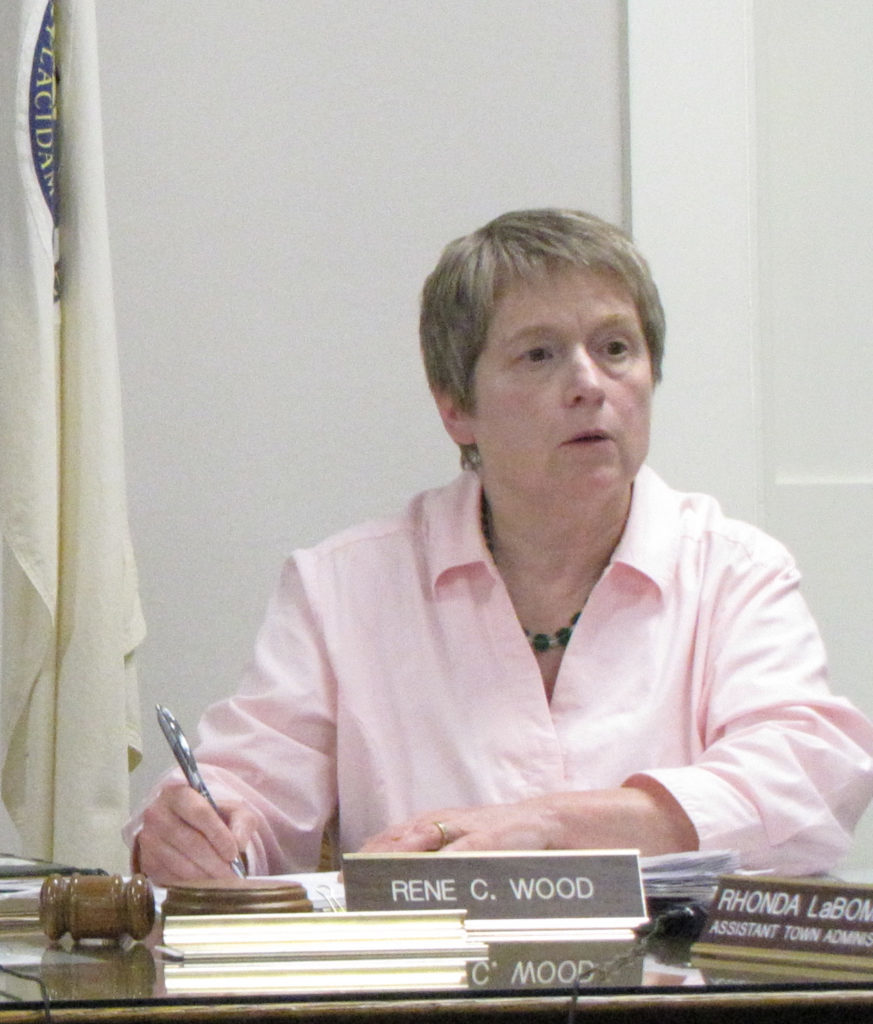 Former Sheffield Selectman Rene Wood has declared her candidacy for a third term.

Rene Wood running for Sheffield Board of Selectmen

Sheffield — The race for an open seat on the board of selectmen is about to get interesting.

Former Selectman Rene Wood announced this week she is seeking a third term on the board in the annual town elections Tuesday, May 15. Wood had served for two terms from 2009 to 2015. She is running against incumbent Andrew Petersen, a first-termer who ran unopposed and was elected in 2015, filling Wood’s seat after she declined to run for re-election. Click here to see the letter announcing her candidacy.

Since ending her term as selectman three years ago, Wood told The Edge in a written statement, she has continued to be involved in town affairs. But Wood insisted she has missed serving on the board of selectmen and is ready to serve if elected.

Wood says she has four key priorities she will focus on if elected:

A longtime town resident, Wood said she has served the community in a variety of ways: six years on the Sheffield Planning Board, 15 years on the Berkshire Regional Planning Commission, three years on the board of health and more than five years as Sheffield’s Rest of River representative. She has also served on many committees.

Wood also boasts of having secured numerous grants for Sheffield zoning, housing rehabilitation and town building-improvement projects. She had worked with the state delegation, lawmakers on Beacon Hill and Massachusetts Municipal Association on key legislative initiatives and has served on the state Department of Environmental Protection’s Wind Turbine Noise Advisory Committee.

Wood currently serves as Sheffield’s representative to the Five Town Cable Advisory Committee. Having retired after a successful career in the private sector, she volunteers with many community organizations.

There were rumors last year that Wood was mounting a stealth write-in campaign to defeat incumbent Selectman Nadine Hawver. She denied the rumors and Hawver coasted to victory, though Wood did receive 28 write-in votes to Hawver’s 318.

David A. Smith Jr., the current chair of the board of selectmen, is up for re-election next year. Selectmen serve three-year terms.

— Mark Twain
Read next: BOOK REVIEW: 'Russian Roulette: The Inside Story of Putin’s War on America and the Election of Donald Trump' by Michael Isikoff and David Corn