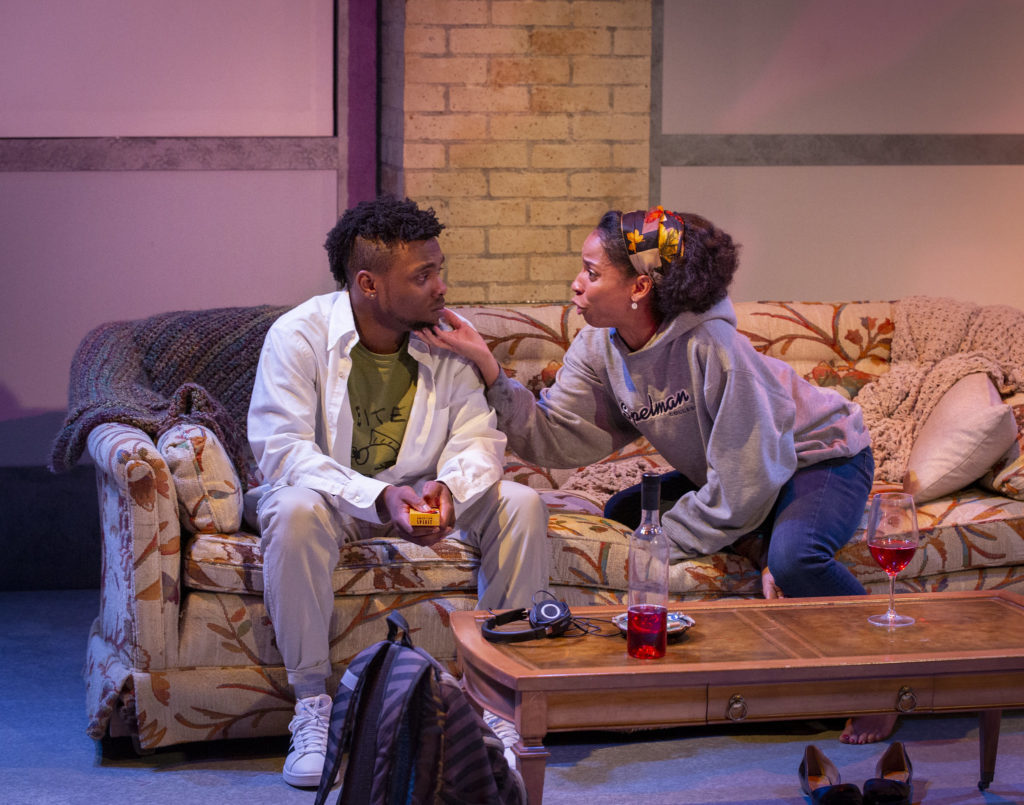 Sandisfield — I was first introduced to the poet Gwendolyn Brooks a scant two decades ago as a fledgling English teacher at Berkshire School. Over the course of that first fall, as I became acclimated to boarding school life as a teacher — the dress code, the Saturday classes, the seemingly endless weekend duty — I began spending time with a slim, orange volume entitled, Selected Poems by Gwendolyn Brooks. Poring over this text, in preparation for my 10th grade English classes, I came across the poem “We Real Cool.” I remember reading it quickly, then again — and several more times after that — struck by the same, seemingly stark simplicity of other poets who had captured my attention prior — among them William Carlos Williams and Ezra Pound. I was drawn to the Imagists, a group of reactionaries who emphasized clarity of expression and precision. Gwendolyn Brooks, on the other hand, made me stop in my tracks.

Seven at the Golden Shovel.

We real cool. We

Regardless of how I heard this poem, I had a hunch that the bold, declarative voice of the poet herself would reveal more to my students than any analysis I could offer. I ultimately found an audio recording of Ms. Brooks reading this very poem; in the era prior to YouTube, I have fuzzy memories of a cassette tape provided by my department chair being played on the sleek, black boom box I purchased with babysitting money the year I turned 13. Despite the brevity of the poems, eight lines delivered in four, two-line stanzas, the poet interjected something into her rendering of the poem that I had not: space. I remember playing that tape, over and over again, in a first-floor classroom in Berkshire Hall. Class after class of students pondered the poet’s delivery, one that ended each line of her poem (rather than beginning) with the pronoun “we.” 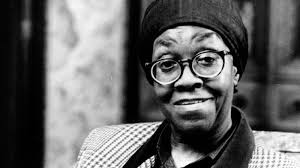 Several weeks into the first term, Ms. Brooks visited the Sheffield campus. In anticipation of her reading and book signing, my students and I discovered that Ms. Brooks had written her poem in 1959 and published it in her 1960 book, The Bean Eaters — her third collection of poetry. Together, we gleaned that the poem’s subject was a group of young, Black men — playing pool at the Golden Shovel, set in the south-side Chicago neighborhood from which Brooks hailed — ostensibly during school hours. While the poem could have been about a group of rebellious youth anywhere, the poem’s final line presents a harrowing conclusion that connects it to the Black community: imminent death, despite their youth.

On Thursday evening, I finally made it to WAM Theatre’s production of Dominique Morisseau’s PIPELINE at Shakespeare & Co. in Lenox. Omari (Hubens “Bobby” Cius), the protagonist, runs into trouble early on in the play: he has assaulted a faculty member, and is at risk of being expelled from school. What is not immediately divulged is what drives Omari to “slam [his teacher] into the Smart Board.” As that part of the story is unfurled — while Nya (Alexandria Danielle King), Omari’s mother teaches her English class about Brooks’ very poem — I shifted uncomfortably in my seat. We learn — through conversations with each of his parents — that in a discussion of Richard Wright’s Native Son, Omari is asked — point blank — to explain the homicidal rage of Bigger Thomas, that novel’s protagonist. As if, by virtue of his being a Black man, he would know. “You don’t understand, Ma,” is how Omari responds to his mother’s shock at his behavior; by the time he recounts the story to his father, in the latter half of the play, the picture is far more clear:

“One of the students said [Bigger Thomas] only had his mother. And I’m sitting there listening to this on a day where I woke up with you on my mind and tried to call you. Tell you I had a feeling about getting these checks, tell you I hadn’t seen you in a minute, wondering where you’ve been. But you didn’t answer your phone, so I sat there. Listening to ‘single mother, poor, angry, animal Bigger Thomas like’. Then my teacher come asking me what I thought. I felt like he was saying something to me like he knew I was sitting there thinking ‘bout you, feeling single mother, poor, angry, animal-Bigger Thomas-like. He starts saying, ‘Mr. Joseph, what made Bigger Thomas do that to that girl? What were his social limitations? What made the animal in him explode?’ The he looking at me, but also through me, and I say, ‘I don’t want to talk about it,” ‘cause all I can think about is you and how I haven’t talked to you in weeks’… ‘we talking Bigger Thomas this and single mother that, and limitations and animals exploding and I say, ‘Do not fucking call on me, I do not have the answer!’ But he keep pushing me, and pushing me, and I stand up to walk out ‘cause I feel the room getting smaller and I’m becoming Bigger Thomas, and I hate this part of the story, and the teacher get in my way, tells me to sit down, grabs me, like you grab my arm when you try and play Daddy all of a sudden, when it’s convenient for you…’”

Throughout the play, Omari’s anger is deemed, “not his sin; [but] his inheritance.” The irony here is that his mother, Nya, has sent him to a private school with hopes of avoiding the criminal future she fears will engulf him. At various, highly charged points throughout the production — several of which happen off of the main stage — Omari is nearly incapable of speaking the final line of Brooks’ poem. He alternately stumbles, stutters, shakes and then shouts his mother’s greatest fear — “We. Die soon.” It is, I now understand, the inheritance he sees looming in the distance — one he dares not utter lest his speaking the very words, penned by Brooks six decades prior, might somehow come to fruition if he does. While the young pool players in Brooks’ poem seem to take pride in their reckless behavior, critics have debated whether they also take pride in the prophecy they will “die soon.” This is the crux of Morisseau’s play: we live in a world where systemic bias is pervasive, and our ability to collectively address this truth is limited.

“It’s a gamble… All the time.  You send your young man out into the world every day… But you don’t know… you have no idea if they’re safe. You have no idea if one day someone will try to expire them because they are too young. Or too black. Or too threatening. Or too loud. Or too uninformed. Or too angry. Or too quiet. Or too everyday. Or too cool. Or too uncomposed. Or too mysterious. Or just too TOO… It leaves a tremble in your heart on a daily.”

Gwendolyn VanSant, Executive Director of Multicultural Bridge, facilitated a talkback following Thursday evening’s performance; she shared the stage with Dr. Tracey Benson, author of  Unconscious Bias in Schools. The pair’s opening question cut straight to the chase and simultaneously stumped the audience: How did this performance change your perception of the school-to-prison pipeline? It is the process through which students, particularly from disadvantaged backgrounds, are pushed out of schools and into prisons; it is a process of criminalizing youth that is carried out by disciplinary policies and practices within schools that put students into contact with law enforcement rather than working with them to make space for de-escalation and understanding. VanSant, in her organization’s collaboration with WAM Theatre, calls Pipeline “brilliant…[and] advancing a much-needed national conversation on the crisis of the Black family in the U.S. Through the story of one young Black student’s success and challenges, we share the experience of a Black family facing long-standing cultural and systemic barriers. The school to prison ‘pipeline’ affects not only the poor; the constant pressure and trauma of racism can touch any family at any moment.”

As I got in my car after the show, the wind howling and a smattering of November snow stuck to my windshield, I got to thinking about Gwendolyn Brooks and her poem. Twenty years ago, at the age of 83, she took to the stage at Berkshire School’s Allen Theater and read “We Real Cool” before the entire student body at all-school meeting. I distinctly remember two things from that long-ago fall morning: the diminutive stature of Ms. Brooks as she took to the podium, and the incredible power of her voice, as it filled the soaring space, while a hush fell over the more than 400 students. She read her brief poem, deliberately creating space at the end of each line — leaving the word “we” to hang for a moment before continuing. Her voice was deep and powerful and resonating — both literally and figuratively. Following an extended reading, later that evening, students swarmed the poet — some standing in line for close to three hours in order to meet her and ask for her signature in that slim volume of poetry so many of us had been scouring on campus. She died on December 3, 2000, just weeks after having graced all of us with the experience of her life experience.

In retrospect, Gwendolyn Brooks’ poem really got me thinking: How might our world look different, if we simply honored each individual’s need for space? Space for feeling. Listening. Understanding. Reflection. Dialogue. Storytelling. Empathy. Space to breathe. Space to simply be. Back in the parking lot at Shakespeare & Co. on Thursday night, a curious thing happened: I unlocked my car, slid into the driver’s seat, and cranked up the heat. Shivering, I was startled as my radio came to life, and the sounds of Michael Jackson filled my ears: I’m starting with the man in the mirror; I’m asking him to change his ways. And no message could have been any clearer: If you want to make the world a better place, Take a look at yourself, and then make a change.

NOTE: “Pipeline” will be performed today, Saturday November 9th, at 2 p.m. and 7:30 p.m.; these are the final two-performances.