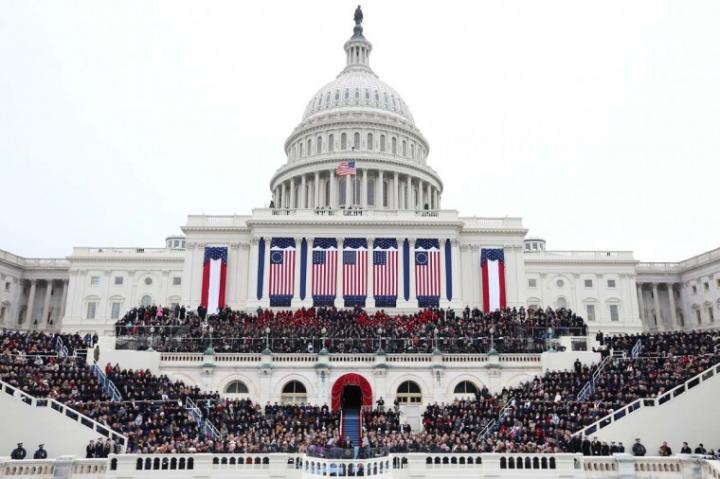 Everyone I know was watching some or all of the Inauguration. And tearing up. Or weeping. 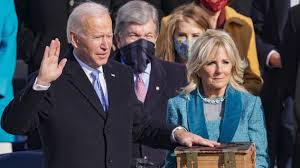 which a woman with a toothy grin placed her hand on the Bible that Thurgood Marshall prized and recited words uttered by another woman. And we watched a black enrobed man utter 35 words, phrase by phrase, and a smiling white-haired man repeat those words, phrase by phrase, ending in “so help me God.” And we teared up at “Congratulations, President Biden.”

Formal pomp carries its own kind of beauty. Its beauty is not any one man or woman’s. Instead, it is the product of hundreds or even, in this case, thousands of men and women doing a complicated and well-considered task together. It is the product of men measuring and cutting and nailing and painting wooden braces and platforms weeks in advance. It is the result of thousands of people in factories, pumping out flags and flag poles months in advance, and of people who drove and stored them in warehouses around Washington. It is the result of people in air-conditioned rooms, or this year in air-conditioned kitchens and home offices, planning out the whole affair like a choreography together. It is the result of high schoolers practicing their music and instruments and their baton twirls for months and months till they get it nearly perfect. It is men and women in messy uniforms rolling out a red carpet the day before the day. It is husbands and wives helping one another pick the best colorful topcoats and matching gloves (or mittens) and straighten ties or pearls. And it was dozens of “important people” reading speeches or prayers or poems. And it was an idea.

I teared up a lot that morning. Watching a sane man walk through, humbly and reasonably, the steps of the inauguration. Watching a smiling woman take her oath and I thought about all these hundreds of rallies and marches for the right to do what she was doing. I noticed how clean and stable — and, well, ordinary — the Capitol building was after the past weeks of anything but. I wept at the normality of it all, at the stability that we had all come to doubt.

The pomp of the day, the magnificent cooperative effort that was that ceremony was an effort that came out of and expressed all of us. Every person doing every one of those tasks was one of us, was all of us, was me. Some of us put up those flags and played those long trumpets and rolled out that carpet. Some of us were at that moment keeping the food trucks rolling and the grocery store shelves stocked and the students taught. Some of us were preparing to write someone’s will or answer the phones or till the soil or drive the trains. The song she was singing came out of our thousands of throats and chests.

I was moved because the ceremony wasn’t them. It wasn’t her. It was us. And it was me.

I don’t want this to be a political reflection, but it is. I was moved, we were all moved, because we’ve been ensnared by a charlatan who had never learned this lesson, and by a political movement that had forgotten that it’s about us, not about anyone “me.” So this day of pomp and beauty was so moving because it was so simple. It was only a simple, complicated, effortless, endlessly challenging, terrifying and beautiful moment. It was E Pluribus Unum.